Sarwar: Government has 'no idea what it's doing' over A&E waiting times

The Scottish Labour leader said patients are being asked to 'accept the unacceptable' by the government. 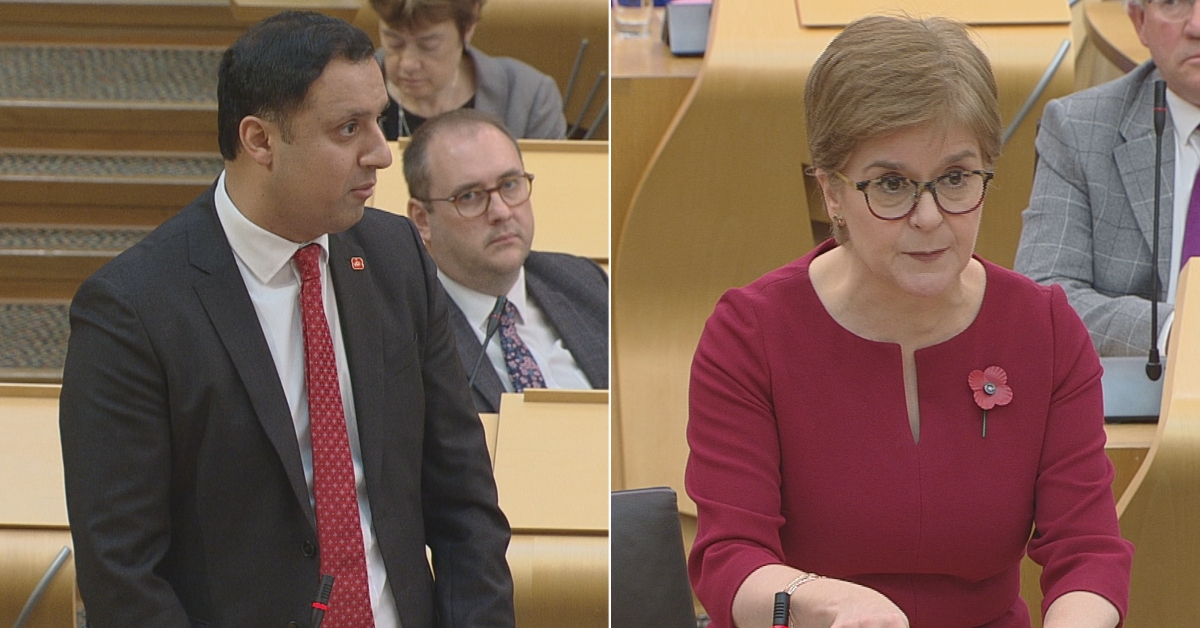 Anas Sarwar has accused the Scottish Government of having “no idea what they are doing” in tackling accident and emergency waiting times.

The Scottish Labour highlighted concerns over long waits being faced by patients at health boards across the country.

Speaking at First Minister’s Questions, Sarwar indicated that staff are being “asked to do the impossible”, with patients being asked to “accept the unacceptable” over the conditions in A&E departments.

A freedom of information request made by his party found that since January 2019, almost 250 people had waited for over two days to be admitted or discharged.

First Minister Nicola Sturgeon insisted that A&E departments in Scotland are outperforming those from across the rest of the UK.

“Lives are being lost because of the failure in our A&Es and the failure of this government,” said Sarwar.

“This week, an email sent to doctors from management at the Queen Elizabeth University Hospital said, and I’ll quote, ‘there is currently no space to assess any new patients in the medical receiving areas or in the emergency department’.

“It went on to say, ‘we are all being asked to perform the impossible in extremely challenging circumstances’.

“This is the worst it has ever been. How bad does it have to get, how long do people have to wait, how many lives have to be lost, before this First Minister admits that this health secretary and her government have no idea what they are doing?”

Sturgeon underlined the impact of the coronavirus pandemic on A&E departments, claiming that Scottish Labour are not taking the issue “as seriously as they should be”.

She responded: “Our accident and emergency units, while under significant pressure, are still of course the best performing by a significant margin of any across the UK, first point.

“Next, it is because this is so serious, because whenever we talk about the NHS it is lives that we are talking about that it is important to take this seriously and to look at all of the factors here.

“Which is why I think it is reasonable to say that when Labour come to the chamber and try to debate the NHS and pretend that the pandemic didn’t happen and that that isn’t one of the main reasons why we are seeing so many of these pressures suggest that they are not taking this issue as seriously as they should be.”

She said: “We will continue to take the actions around staffing, around funding, around re-designing of care to support our health service through this.

“And we will focus on that each and every day, from the health secretary, me, and the entire government.

“That is what people have put their trust in this government to do and that is what we will get on and continue to do.”