Sarwar has determination to 'change course of Scottish politics' - Starmer 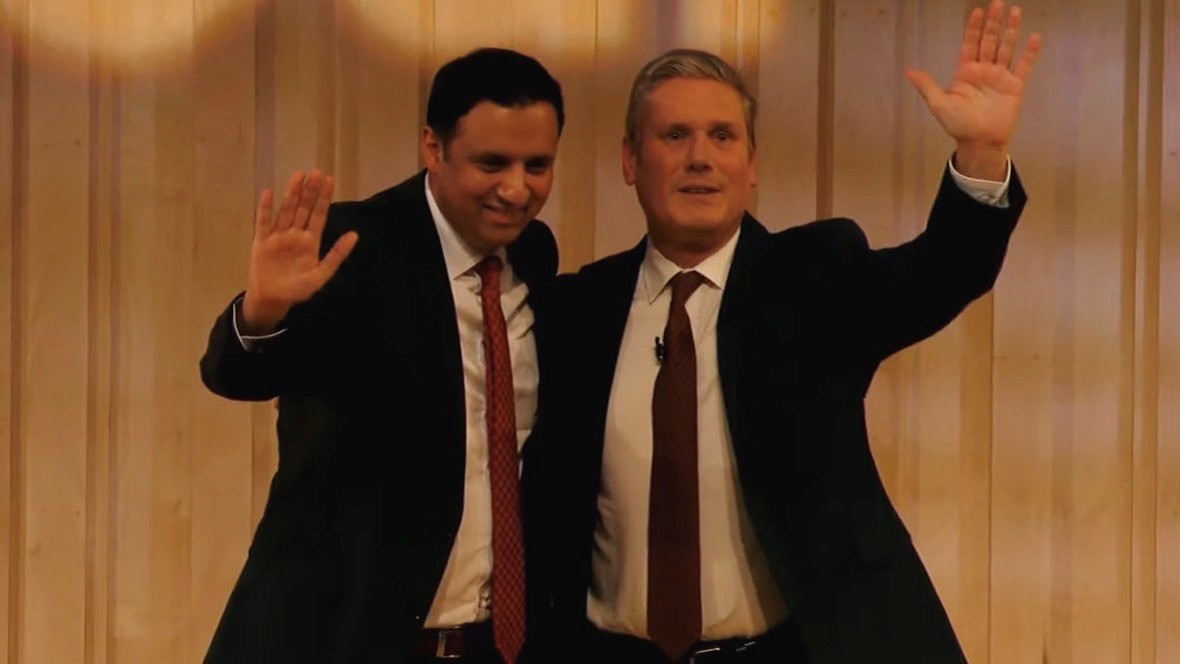 Anas Sarwar has the ideas and the determination to “change the course of Scottish politics”, Keir Starmer has insisted.

The Labour leader praised Sarwar during his speech to Scottish Labour conference in Glasgow on Saturday.

And Starmer told party members “it matters” that they elected Labour’s first leader from a BAME background.

Sarwar, who was elected as Scottish Labour leader in February last year, was given the backing of Starmer to make the changes needed ahead of the local council elections in May.

“He is bringing new energy and a focus on the future,” the Labour leader said of Sarwar.

“I know, because we are working so closely together, that he has the ideas and the determination to change the course of Scottish politics.

“He is leading us into important local elections here in just two months’ time.

“Anas, you have my support to make the changes that we need, to take Scottish Labour forward.”

He added: “With a rejuvenated Scottish Labour Party and a UK Labour Party, laser-focused on doing what it takes to win a general election, we have huge opportunities ahead of us and the chance to change Britain again.

“Labour can win a general election. Scotland can choose not just to oppose the Tories but to replace them with a Labour government.”

Starmer also insisted that he and Sarwar will not just “talk the talk, we will walk the walk”.

He said: “My parents taught me that in life you need to stick up for yourself but also stick up for those, who can’t always resist the bully on their own.

“Friends, Anas, like me, is a father. And he spoke to you yesterday about one of his hardest times as a parent.

“I want to say to Adam, Anas’ son and to all of you here – It matters that you have elected our first leader who looks like Anas, and his family. It matters.

“Together, as Labour leaders, we won’t just talk the talk, we will walk the walk. And, we will keep challenging ourselves too. In your words, Anas: it is a fight for all of us.”

He told conference: “As Gordon Brown, our last Prime Minister, said: “It is the fighters and believers that change the world. He is right. We have changed our world before and we can do it again.

“In Gordon’s day, the lights in Downing Street burned late into the night. Not for parties.

“But because here was a Scottish MP who never rested from the task at hand, restless always to improve the lives, not just of Scots, but of families struggling to pay their bills in every part of Britain.”