The Scottish Labour leader said the pair both want to keep the political party out of power. 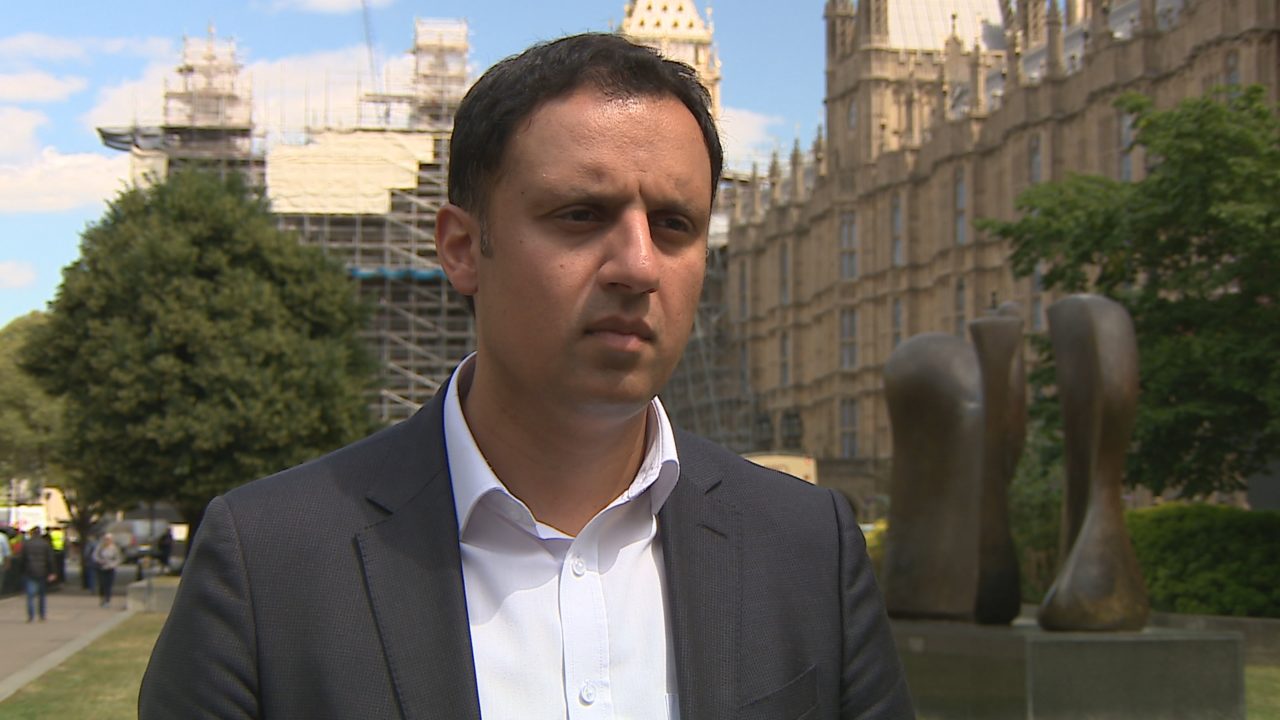 Anas Sarwar has accused Boris Johnson and Nicola Sturgeon of being in a “symbiotic relationship”, suggesting that both want to see Labour remain out of power and keep the Tories in.

The Scottish Labour leader made the claims after delivering a speech setting out plans for a reformed UK.

The proposals include the introduction of a new legal duty of cooperation between the UK and Scottish Governments, as well as replacing the House of Lords with a senate of the nations and regions.

It comes as the Scottish Government steps up plans for a second independence referendum to be held in October next year.

Sarwar, however, insists on the need for Johnson to be removed from office and replaced by a Labour government.

“I think Boris Johnson and Nicola Sturgeon are in a symbiotic relationship,” said Sarwar.

“One, because the Tories want power, that’s what they’re all about, and secondly, because it allows Nicola Sturgeon to keep her grievance and keep campaigning to break up our country.

“I don’t want that to happen, I think that lets people down across our country.

“Instead, I want us to boot Boris Johnson, this criminal, lying charlatan out of Downing Street and return a UK-wide Labour government and demonstrate change for Scotland, but also for the entire UK.”

Sarwar stated his belief that people are “tired of referendums”.

And he outlined the difference that Labour in power would make on Brexit, with Keir Starmer having committed to keeping the UK out of the European Union’s single market.

“I think people are tired of referendums, I think they recognise how divisive they are, but what they do want is to work with our partners.

“And I think having a UK Labour government that isn’t seeking to pick deliberate fights with the European Union to undermine British interests.

“That is actually pro-actively working with the European Union when its in our national interest, would be a massive difference compared to Boris Johnson’s Tories.”

Sarwar rejected the suggestion that the next election would be a de-facto referendum on Scottish independence.

The Scottish Labour leader instead stated that it would be “Boris versus Britain”, with the election providing an opportunity to unite people.

“The next general election is not a de-facto referendum,” he said.

“The next general election is our opportunity to unite people across the country for change and to boot Boris Johnson out of Downing Street.

“It is not going to be as Nicola Sturgeon wants, Scotland versus England.

“It’s going to Boris versus Britain, and we’ve got to make sure Britain wins.”

The Scottish Labour leader underlined the need to demonstrate what positive change would look like.

Sarwar also said he does not believe the SNP will win a majority vote share in the election.

“I don’t believe that is going to be the result. I think people will see that they have a chance for change and the only chance for change is to boot out Boris Johnson and return a Labour government,” he said.

“And we’ve got to win that argument. Yes, expose the failures of the SNP and the Tories, but also set out what positive change looks like.”