Alex Salmond stands for Holyrood as leader of new party

The former First Minister said the Alba Party will be a list party under his leadership. 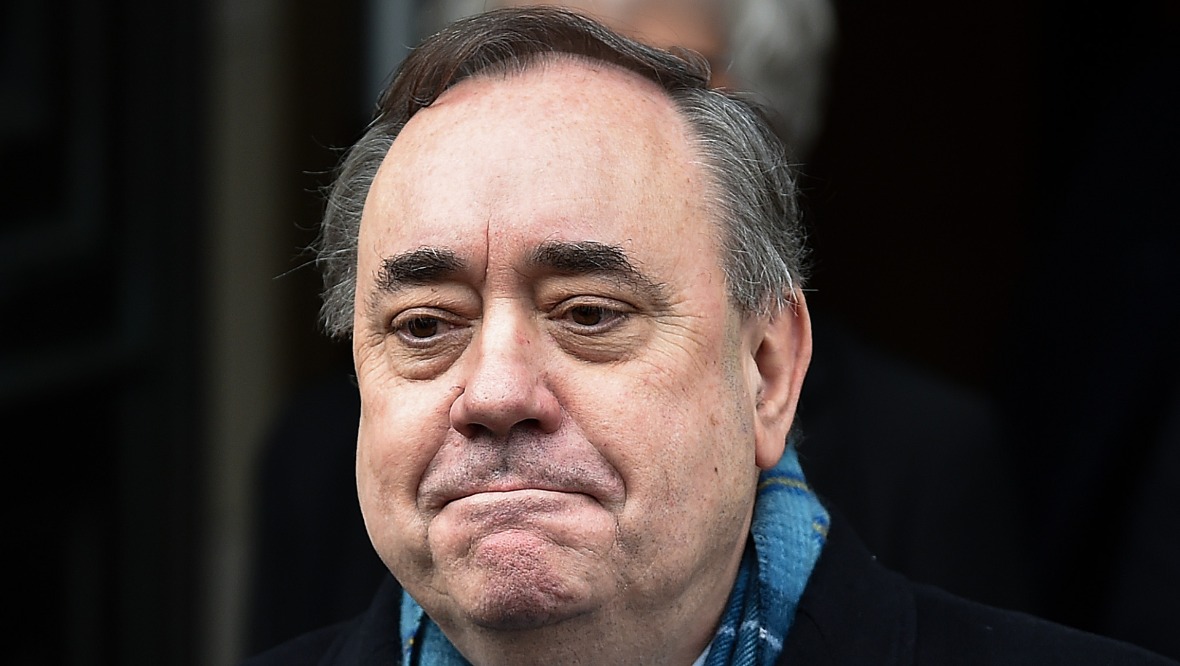 Former First Minister Alex Salmond has announced he will be standing as leader of a new independence party at the Holyrood elections in May.

Salmond will stand in the North East region and lead the Alba Party, which will field at least four candidates in the regional lists.

Chris McEleny, an SNP councillor in Inverclyde, has resigned from the Nationalists to stand in the West of Scotland for the Alba Party.

Eva Comrie will stand in the Mid-Scotland and Fife region and Cynthia Guthrie in South of Scotland.

He said: “Alba will contest the upcoming Scottish elections as a list only party under my leadership seeking to build a supermajority for independence in the Scottish parliament.

“Over the next six weeks we will promote new ideas about taking Scotland forward, giving primacy to economic recovery from the pandemic and the achievement of independence for our country.

“We expect to field a minimum of four candidates in each regional list and we’re hoping to elect Alba MSPs from every area of Scotland.”

“We are not challenging the SNP in the constituencies.

“Indeed we are saying vote SNP or for an independence party on the constituency section.

“We are giving that support.

“Our campaign that we have launched is going to be entirely positive.”

Salmond made the public announcement via Zoom on Friday afternoon.

The Alba Party was set up in January by retired television producer Laurie Flynn “following extensive consultation with good and trusted friends”, a party statement said.

It added: “The sole purpose of Alba is to strengthen and deepen the movement for independence through an unstinting generosity of spirit, active and lawful campaigning and the extension of our just and democratic institutions so that they are fit for the 21st century and beyond.”

Having set up the party, Mr Flynn said he was “delighted to hand over the reigns to the former first minister of Scotland, Alex Salmond”.

He added: “He is the right person to help deliver a supermajority for independence.”

He said the Permanent Secretary failed to take “real responsibility” for failings highlighted in two reports this week about the Government’s investigation of harassment complaints against him.

An SNP spokesperson said: “This is perhaps the most predictable development in Scottish politics for quite some time.

“At this time of crisis, the interests of the country must come first and should not be obscured by the self interest of someone who shows no sign whatsoever of reflecting on serious concerns about his own conduct – concerns which, to put it mildly, raise real questions about the appropriateness of a return to public office.

“The SNP has led the country through the last twelve months of the Covid pandemic, and at this election we offer the experienced, responsible and forward looking leadership that the country needs.

“Our plans to get Scotland through and out of the Covid crisis, and support a recovery with fairness and equality at its heart, with the opportunity to put Scotland’s future in Scotland’s hands, will be the focus of our election campaign.

“The only way to secure strong leadership, a referendum on independence, and a positive future for the country is to cast both votes for the SNP on May 6. “

Scottish Conservative leader Douglas Ross said: “Alex Salmond is a discredited figure who admitted appalling behaviour towards women during his time as SNP First Minister and right-thinking people will want nothing to do with him or his new party.

“The Scottish Conservatives are the only party in Scotland with the strength and determination to take on all Nationalists – whether that’s Nicola Sturgeon’s SNP or Salmond’s rabble.

“This election has become even more important. There is a stark choice between destructive Nationalist separation and a positive future for Scotland and our place in the United Kingdom.

“One one side is Salmond, Sturgeon and a Labour party too weak to stand up to them with the Scottish Conservatives firmly on the other.

“We will do everything possible to block another divisive referendum and ensure the Scottish Parliament works towards rebuilding and recovery after the pandemic.”

Scottish Labour leader Anas Sarwar said: “The people of Scotland deserve so much better than the score settling and old politics that the SNP and Tories are offering.

“We are still in the midst of a pandemic. Lives and livelihoods are still at risk. This election must be about our national recovery and the people of Scotland’s priorities, not the old arguments between personalities who believe their interest matters more than the national interest.

“Our politics must be better than this. Scottish Labour, under my leadership, will focus on Scotland’s recovery.

“We can’t trust the divided SNP with recovery, nor can we trust Boris Johnson’s Tories.

“I am fighting this election to deliver a National Recovery Plan for Scotland and to focus on what unites our country, not what divides us.”

Scottish Liberal Democrat campaign chair Alistair Carmichael MP said: “There are no questions about Scotland’s future to which Alex Salmond is the answer.

“This astonishing announcement shows just how divided the SNP are. A few years ago no one could have imagined that the former First Minister and his protege would be at one another’s throats.

A Scottish Greens spokesperson said: “This election should be about putting forward a positive vision for Scotland’s future, not settling personal vendettas. This public meltdown is all about the fragile ego of a man disgraced by his own behaviour.

“The Scottish Greens are asking people to vote like our future depends on it; for bold climate action, to build a green recovery from the pandemic and to put Scotland’s future in Scotland’s hands.”