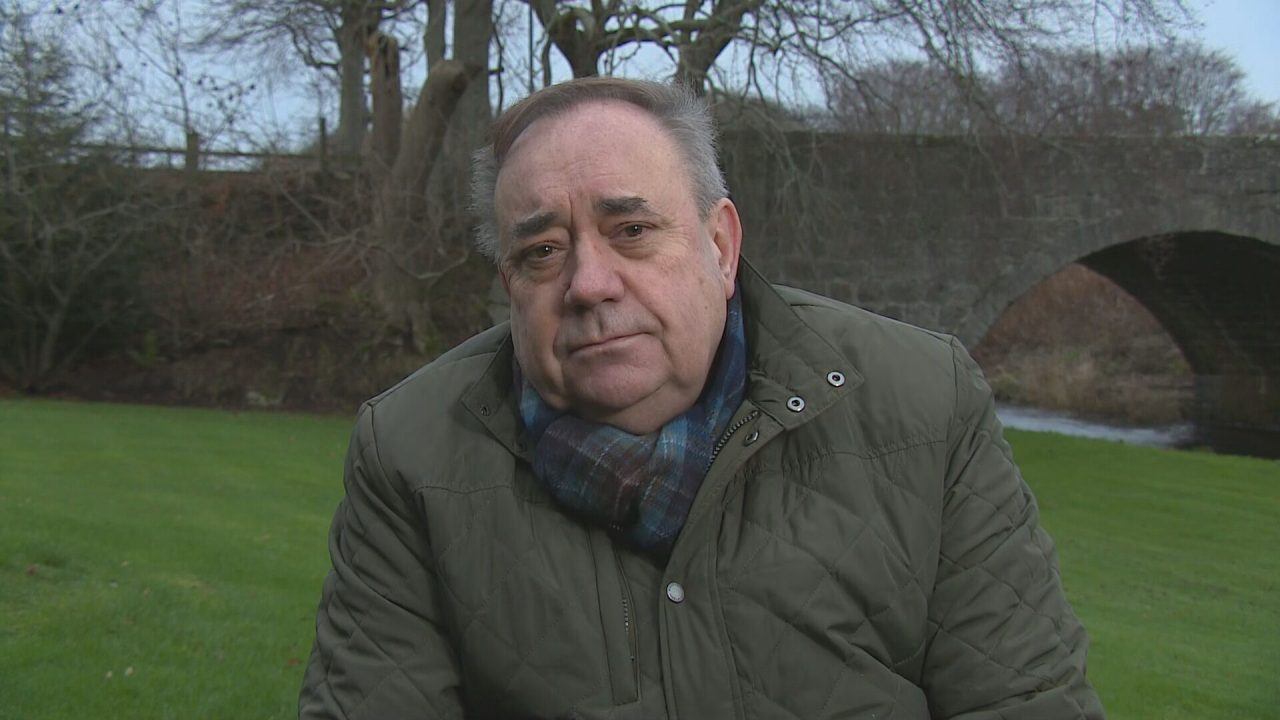 The Alba Party leader made the call after Thursday’s Supreme Court judgement that the Scottish Parliament could not organise another independence poll without the agreement of Westminster.

Nicola Sturgeon responded by saying the next general election – due in late 2024 or early 2025 – would instead be a “de-facto” referendum.

Salmond suggested that pro-independence parties might stand under a ‘Scotland united for independence’ banner.

“That is the technical way you could do it. There is lots of discussion needed, but you have to do something like that to make that the issue of the campaign.”

The former SNP leader was also highly critical of Lord Reed, the president of the Supreme Court who delivered the judgement, arguing that he over-reached by calling into question Scotland’s right to seek independence.

Salmond said: “Very few people are going to stand as Lord Reed did and question Scotland’s national right to self-determination.

“In international law terms, Scotland is a recognised constitutional entity. There is the precedent from 2014, we have the institutions of a nation, including a parliament.

“Most decent people, not just in Scotland but around the world, would say that nation has the right of self-determination, and it is unsustainable to try and pretend or say otherwise.”

In a wide-ranging interview, Salmond was critical of the Scottish Government’s stance on securing indyref2.

He said there “hasn’t been a strategy” on independence, a position he described as “mind boggling”.

And he described the decision to refer a draft bill to the Supreme Court for clarification on its legality as “the charge of the light brigade”.

Salmond also called for the convening of a constitutional convention to galvanise support for independence and urged more “popular agitation”, as well as MSPs exploring the possibility of drafting a bill that was within the powers of the Holyrood parliament.

First Minister Nicola Sturgeon has vowed to use the next general election to try to win Scottish independence.

She said a special SNP conference will be held in the new year “to discuss and agree the detail of a proposed de facto referendum”, using the next UK election.

“No party can dictate the basis on which people cast their votes,” Sturgeon said.

“But a party can be, indeed should be, crystal clear about the purpose for which it is seeking popular support.

“In this case, for the SNP that will be to establish – just as in a referendum – majority support in Scotland for independence so that we can then achieve independence.”

Asked by reporters whether votes for the Scottish Greens and the Alba Party would count towards the pro-independence mandate, she said the SNP’s conference would determine such matters.