Alex Salmond appears in court ahead of trial next month 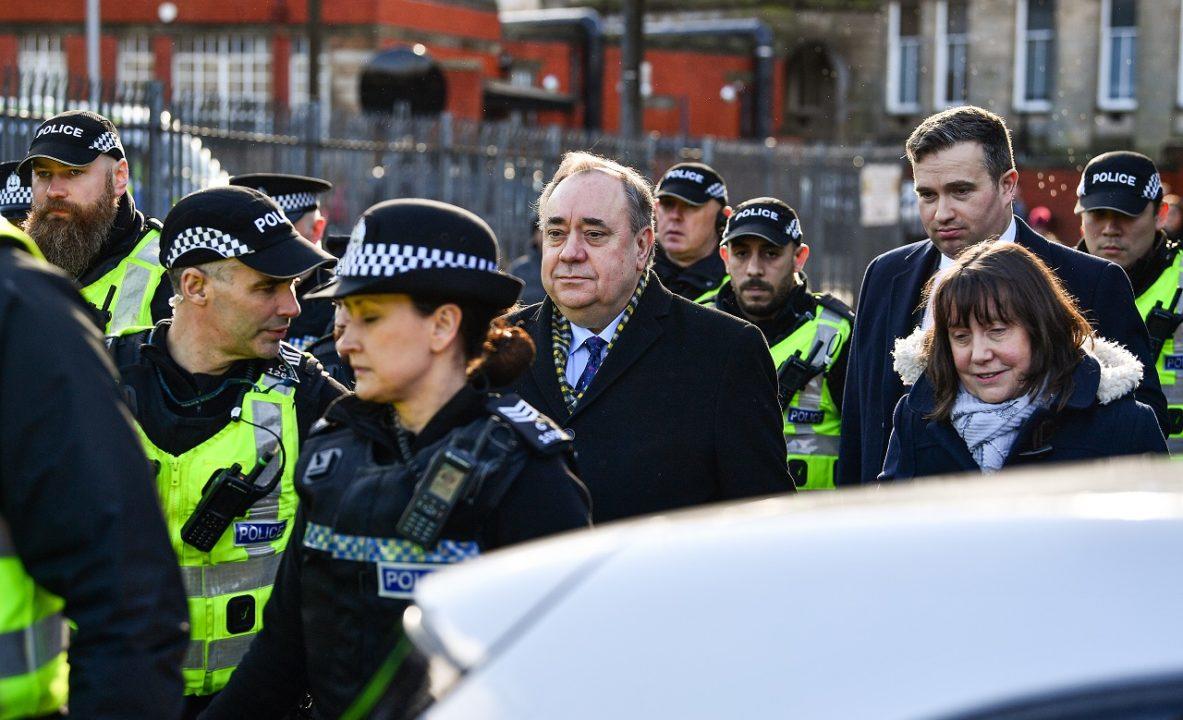 Former first minister Alex Salmond has made a further court appearance ahead of his trial next month over attempted rape and sexual assault charges.

The hearing at the High Court in Glasgow follows previous court appearances in Edinburgh in November and January, when he denied all 14 charges against him.

Details of the hearing cannot be reported for legal reasons.

Salmond, 65, faces charges of offences against ten women and is due to stand trial in March.

He is accused of attempting to rape a woman at Bute House, the official residence of the first minister of Scotland, in June 2014 during the independence referendum campaign.

The former first minister is also accused of sexually assaulting a woman with intent to rape in December 2013.

He is accused of two indecent assaults and 10 sexual assaults, an attempted rape and a sexual assault with intent to rape, all of which he denies.