Why our winter weather has been blowing more hot than cold

We've been in a sweat as we take the Christmas decorations down, but the cold is coming. 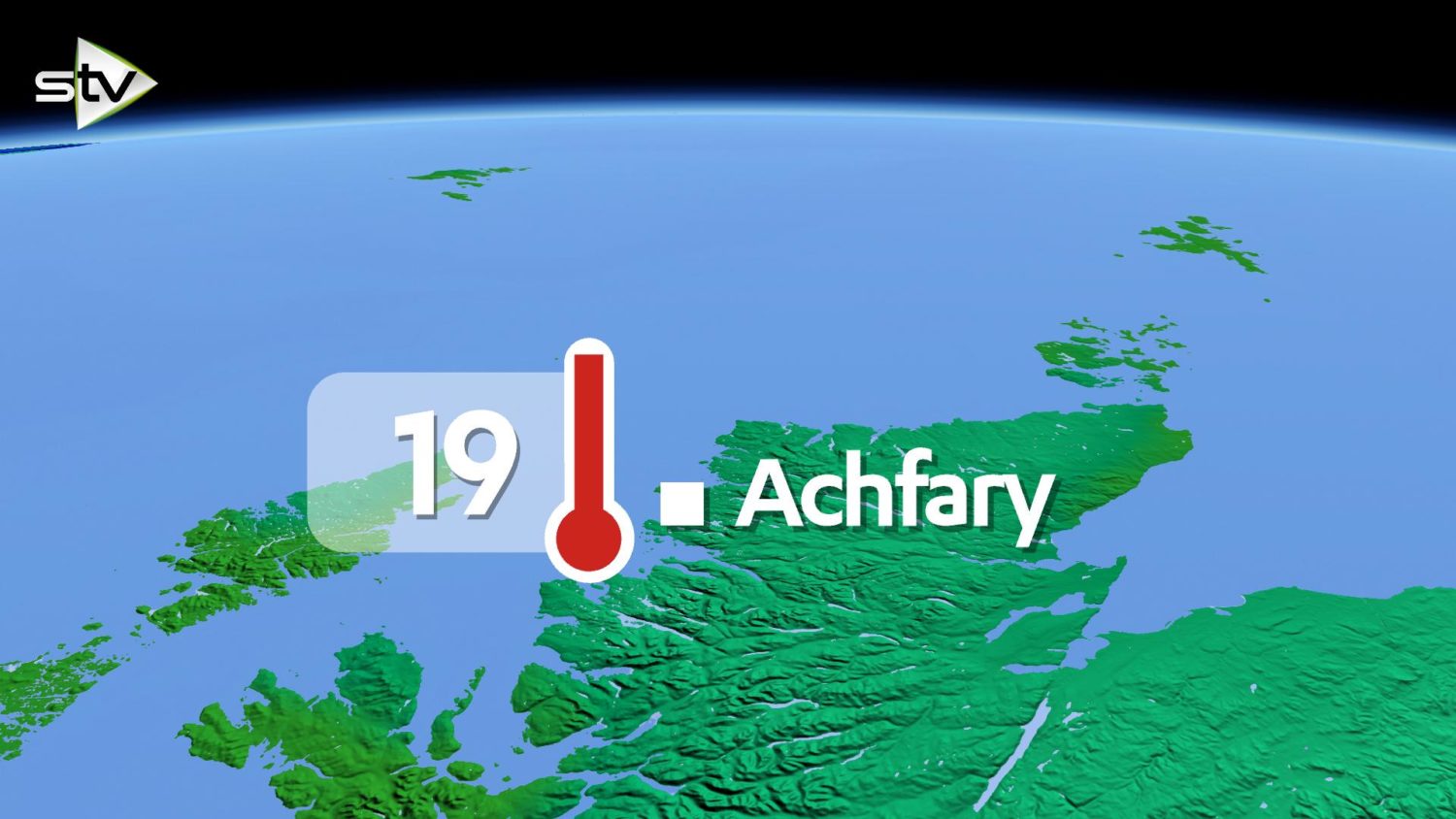 Temperatures have been much higher than normal in many parts of the world.

I stepped out the door on Tuesday morning and thought “ooh, that’s mild” referring to the strong wind blowing against me as I walked down the road.

I didn’t think too much about it until a few minutes later when it dawned on me, it’s January for goodness sake! This is absolutely bonkers, people in a sweat taking down their Christmas decorations as temperatures hit 16C in the Highlands.

The temperature reached a ludicrous 19C in the Highlands in the previous week, which was a record-breaker for December. The even more ridiculous thing about that ‘high’ was that it was in the middle of the night. We might think what’s happening at home is crazy, but we’re just one small part of a network of bizarre weather currently being experienced around the world. 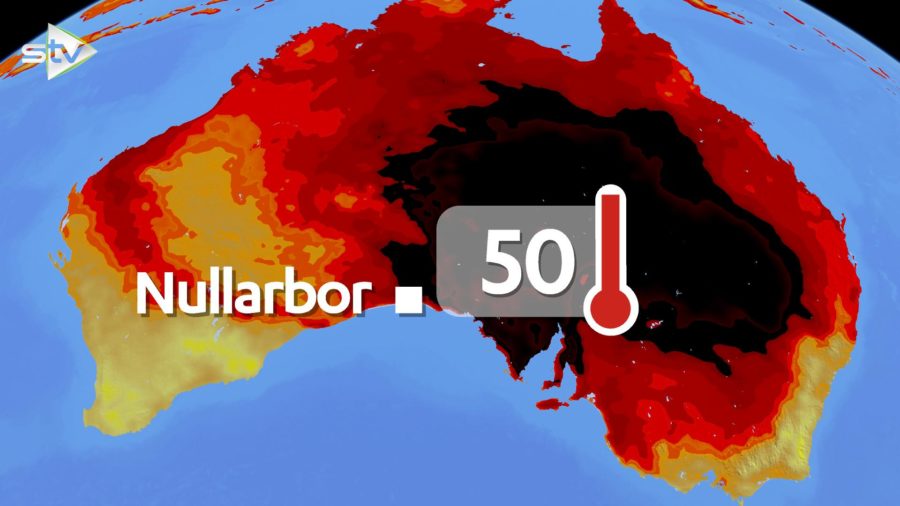 For weeks we’ve seen the horrific pictures coming out of Australia after the country experienced its hottest and driest December on record. Last year as a whole was also Australia’s warmest and driest on record.

Australia’s story has been taking all the headlines for obvious reasons, due to the devastating nature of the huge wildfires. What’s not being talked about as much, because it’s not as visual, is the warmth in the Northern Hemisphere.

Russia has been experiencing some very high temperatures for winter in the last few weeks. In Moscow they brought in man-made snow for their New Year’s Eve party. I know what you’re thinking… You can’t have a party in Moscow without snow, so it was the obvious thing to do. Moscow had its warmest December since the late 1800s.

Large swathes of eastern and western Russia currently have temperatures just a few degrees below freezing. Now that still sounds cold and there’s still snow on the ground, I did say it’s not as visual, but some spots are between 20 and 30 degrees above where they should be in early January. That’s like Edinburgh hitting 35C in January; never going to happen, but just for context. 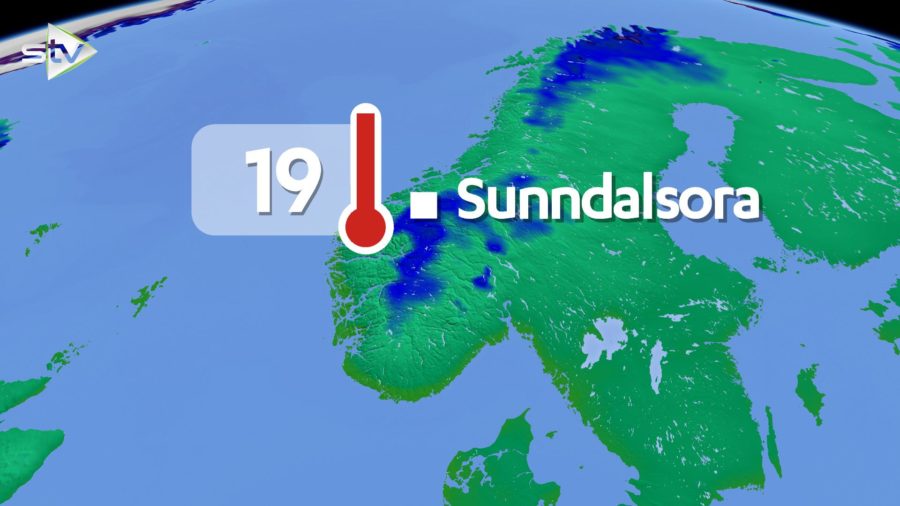 Scandinavia has been experiencing much warmer conditions than usual with Norway having its warmest January day on record last week with the mercury hitting 19C in the village of Sunndalsora. In Finland, December was about 5-6 degrees warmer than normal and temperatures this week have been close to record-breaking in the south with highs nearing 10C.

I always keep a close eye on the weather charts, even during Christmas; yes I’m quite obsessed with weather! I’ve been shocked at how much warmer central and eastern parts of the US and Canada have been over the last few weeks.

In Canada, temperature records have been falling since mid-December, like 17C in Nova Scotia on December 14 and 13C in Nanaimo on the west side of the country on the 1 January. Some of the records broken go back to the 1800s.

The US has seen temperature records broken recently too, and with a surge of warm air moving north in the eastern side this weekend more could go. Temperatures in New York may reach the high teens, and Washington could reach the low 20s this weekend, some 10-15 degrees above normal.

The midwest and southern states have been over 20 degrees warmer than usual in a few spots.

On top of all this the Arctic, you’ve guessed it, has also been warmer than normal. Currently temperatures are about three degrees above normal, with some areas over 15 degrees up on usual. This has meant that ice cover is less than it should be, although it has recovered from record low levels in October.

While most parts of the globe experience much warmer conditions, there has been an exception, in the form of Alaska. After a warm start to December, the temperatures plummeted and in some areas the temperatures were around 20-30 degrees BELOW normal. A place that I’ve always been obsessed with is Fairbanks, a city in the middle of the state, where temperatures can drop to extraordinary values, and December didn’t disappoint. On December 21 the afternoon high was -34C and the lowest temperature of -40C was recorded on the night of December 27. But a place called Manley Hot Springs – yes, you read that right – just along the road from Fairbanks recorded a low in December of -53C, which is the lowest temperature recorded in Alaska since January 2012. 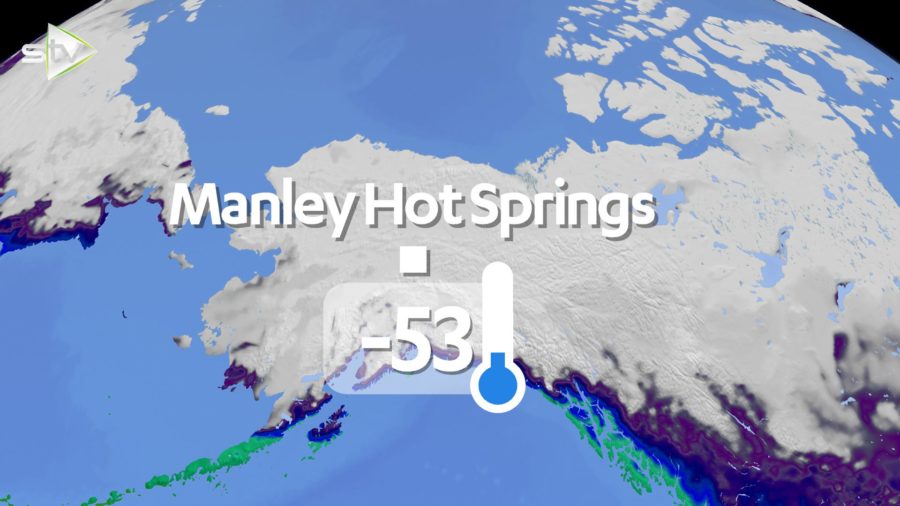 Of course, we know with climate change we’d expect the weather to become more volatile and extreme, but that’s the bigger picture. In meteorology we’re constantly keeping an eye on what we call global drivers. These are things that happen in various parts of the globe, but have an effect on weather around the world such as El Nino, the Polar Vortex and drastic changes in ocean surface temperatures.

One of the big players in this strange weather is a thing we call the Indian Ocean Dipole. This is when there is a temperature difference between eastern and western parts of the ocean, very similar to how El Nino and La Nina work in the Pacific, which can have impacts globally. The temperature difference in the Indian Ocean became the biggest since at least 1997, with warmer water near Africa and cooler waters around Indonesia.

So it’s likely that this strong event in the Indian Ocean has been one of the factors for record-breaking conditions.

A lot of you will have heard of the Polar Vortex before, because it’s become a media favourite to scare us into thinking that a ‘Day After Tomorrow’ type event is on the way. In actual fact the Polar Vortex is something which sets up each winter at the poles and keeps most of the very cold air trapped in the Arctic regions, so you want it to be there. Think of it as a ribbon of air high up in the atmosphere which moves faster and faster as autumn progresses into winter. By the time we’re in mid-winter this should be going very fast and doing a good job of holding the cold air in.

Occasionally it can slow down and allow outbreaks of cold air to move south into the likes of the US and Europe, however, at the moment it is moving faster than normal preventing any major outbreaks of cold air and therefore doing its bit in allowing warmer conditions to prevail in the northern hemisphere.

These are just two parts of a complex jigsaw of reasons why we may be experiencing these record-breaking temperatures. The situation in the Indian Ocean has now eased, but the Polar Vortex will remain strong, for us that means milder than average conditions will continue, but I reckon we’ll start seeing more cold snaps than in recent weeks. It might end up being, as has been the case in some recent years, where winter arrives in spring…