To win it all, Celtic and Rangers stock the shelves

Celtic are aiming for a record tenth successive title and Rangers are desperate to stop them. 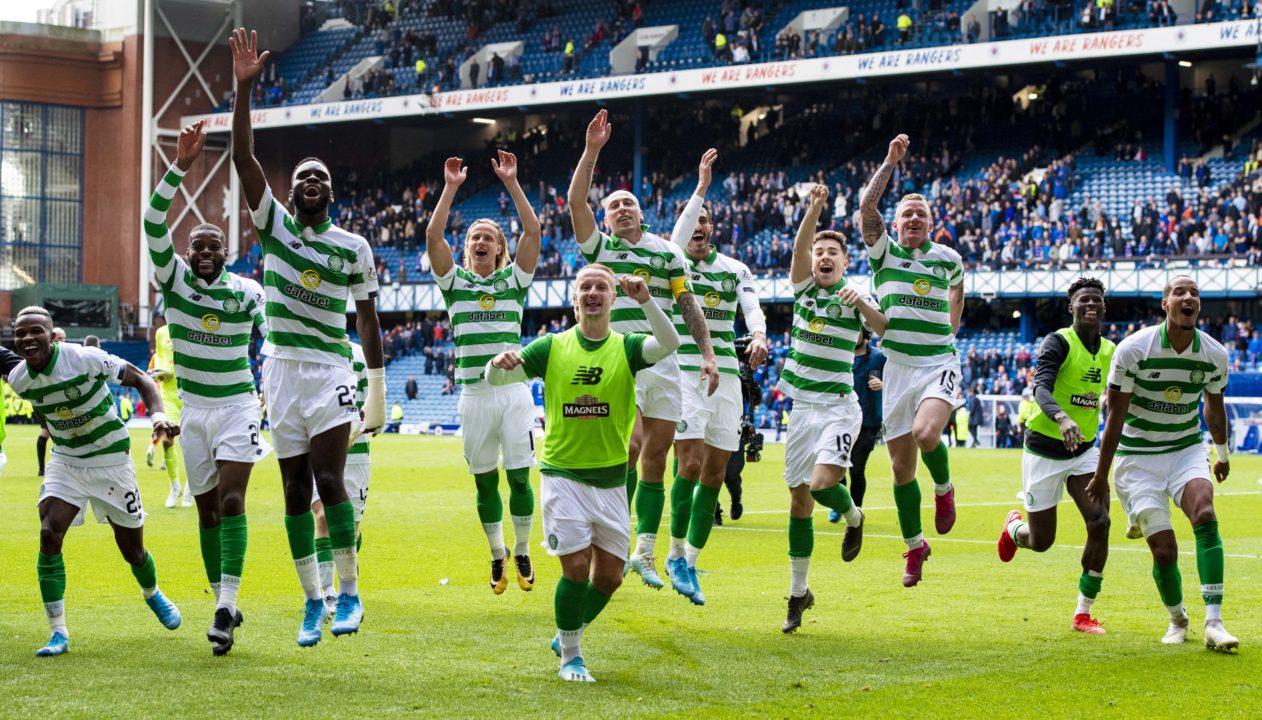 How soon is too soon? Just as Joe Aribo put Rangers 3-0 ahead against St Johnstone last weekend, fans on Twitter started talking about racking up the goal difference.

They weren’t talking about going top of the league on goal difference on Saturday night (though the score was enough to do that). Midway through matchday three supporters were already looking towards the end of 38 games and one team needing to better the other on goals scored.

Nobody really needs to reiterate how high the stakes are this season. Celtic is aiming for a record tenth successive title and Rangers are desperate to stop them.

One side will fail to hit their target and if it’s because they weren’t clinical enough then there will be no forgiveness from the stands. Maybe that’s why the Glasgow sides have spent upwards of £10m combined on three forwards in the last two weeks.

Kemar Roofe and Cedric Itten have arrived at Ibrox and both have had a brief taste of action with a chance of more when Steven Gerrard’s side face Livingston on Sunday. Celtic’s new signing Albian Ajeti has a little time to settle in and get used to new surroundings as Celtic sit another game out.

Ajeti’s arrival brings another indication that Celtic will stop at nothing to continue their trophy run and it shows that Neil Lennon is intent on bringing fierce competition to every part of his team.

It also brings a neat symmetry to the front lines on either side of the battle that’s likely to determine the league winners.

Roofe and Itten come into Rangers squad to be weighed against the contributions of Alfredo Morelos and Jermain Defoe. Ajeti will be introduced to fellow Celtic forwards Odsonne Edouard, Leigh Griffiths and Patryk Klimala, who joined in January and has played so few minutes he’s almost a new signing himself.

There’s a similar pecking order at both clubs, a similar striving for minutes and the possibility of a surfeit of choice for Gerrard and Lennon.

Both managers have shown a strong preference for a system with only one central striker and the position is occupied as it stands. Edouard is the jewel in Celtic’s crown, a generously gifted player who showed his value again and again and again with an opening day hat trick against Hamilton.

Over at Ibrox, Morelos had risen to fame as a prolific scorer and a talismanic presence since arriving from HJK Helsinki. A barren spell and criticism from his manager may have had some question his commitment and contribution but he showed again and again that he remains a dangerous and dependable finisher with a double against St Mirren.

Both seem assured of their place ahead of the new recruits barring a huge drop in form, a major change of system from the managers or a move to another club. Of the three, the latter seems most likely if not imminent.

Morelos has been linked with many sides and Lille reportedly made offers in recent weeks but Rangers insist he’ll go nowhere without a specific price being met. Celtic have shown no indication they want to part with Edouard at the start of a huge season but it’s inconceivable that his form hasn’t caught the attention of the scouts and analysts at Europe’s bigger clubs.

While the August signings might not cause sleepless nights for the main men in either side, their appearance writes a new future for Defoe and Griffiths. A veteran at 37 years old, Defoe arrived at Ibrox knowing he wouldn’t be first choice and the striker, currently injured, will probably have to accept fewer minutes even if he did show his enduring class at every opportunity last season.

Griffiths has had a troubled time, making a comeback from mental health problems to chip in with vital goals in the second half of last season, only to miss out on the start of this one with Lennon criticising him for his condition at one point. Both players have slipped from a position of alternate starter to likely fourth choice in a matter of months.

Klimala joined Celtic in January but was restricted to cameos as an experienced squad bore down on the title. He’s off the mark already with a goal against Hamilton and looks to have bulked up over summer but his fight to make a mark is now complicated with Ajeti on the scene.

All eight have different styles and qualities and Lennon and Gerrard will be happy to have a set of picks to choose from when they face the stubborn locks the Premiership can put in their way. But equally, each will have their own expectations and demands and a busy schedule still doesn’t provide enough minutes to keep everyone happy, even with five subs allowed per game now.

Every twist and turn in the title race will see the managers’ decisions scrutinised and none will be more visible than the way they deploy their attacking players.

The questions for each team’s front line mirror each other right now but things could change quickly. An irresistible bid for Morelos or Edouard before the transfer deadline could see players fighting to be second choice suddenly thrust into a position of prime responsibility.

Ajeti arrived this week as pure potential, able to find his place while Edouard take the spotlight. Roofe and Itten settle at Ibrox while Morelos continues to dominate headlines.

Edouard and Morelos may remain in place to take a starring role through to the conclusion of the season. But if Lennon and Gerrard’s new signings make their mark as best supporting actors then could have significant bearing on where the title goes.