Stand by for a thermometer rollercoaster this month

The month of May means one day it can be sunshine and parasols and the next it’s frost and ice scrapers.

It’s a funny old time of year this, when one day it can be sunshine and parasols and the next it’s frost and ice scrapers.

I can remember conditions in early May over the years quite well, because I’m weather obsessed, and it’s my birthday. I can remember my ninth birthday. It was a scorcher, we had a BBQ party for my classmates, complete with a Concorde birthday cake (yeah, I’m mad about planes too) and Teenage Mutant Ninja Turtle cupcakes!

You will often hear people say – “we always get a good week or two in May” – and yes that’s right, we normally do. This is because the low pressure systems we get throughout the winter months, that bring wind and rain, start to drift north of us around this time of year, meaning warmer and more settled conditions tend to move in from the south. Wouldn’t it be great if weather did follow definite patterns? We’d be able to plan months in advance, plus it would make my job a lot easier, but sadly we know it doesn’t work like that.

Even though early May can be a scorcher, it’s not unusual for it to turn cold, and even occasionally snowy. I can remember the excitement of a few birthday snowfalls, although to be honest I prefer warm conditions by this point in the year. The snowiest May on record was in 1979, where snow fell fairly widely on and off throughout the first week of the month.

Now, before you panic, I’m not going to tell you snow is on the way, unless you’re in isolation at the top of a mountain, but we’re in for a big temperature swing. 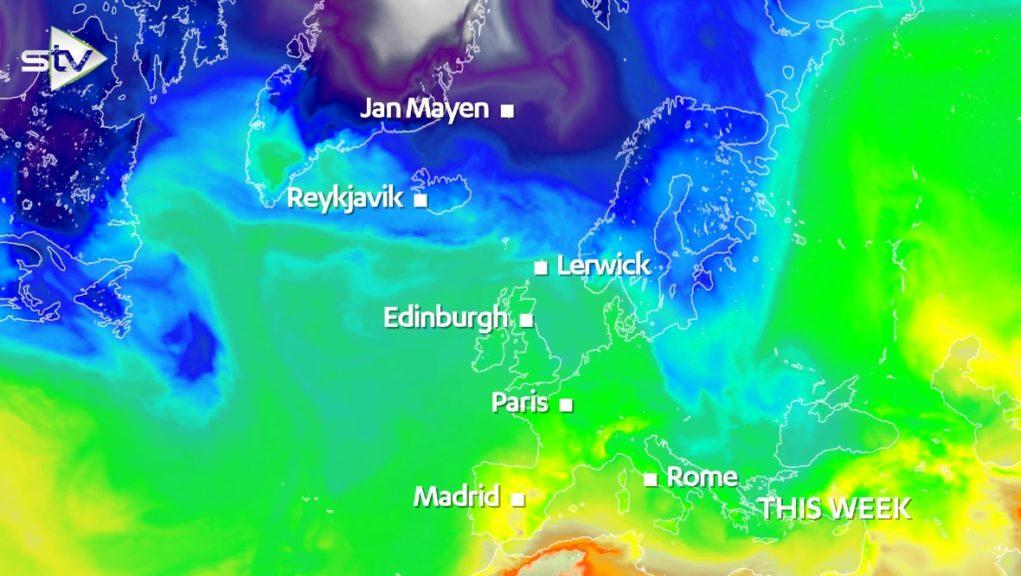 By Monday next week temperatures may struggle to highs of 5C in the Northern Isles and 7C in the north Highlands, Moray and Aberdeenshire. Showers will come down on this northerly flow and with freezing levels falling to 400 metres, some snow is likely on the tops of the hills. We’ll stay in the chilly northerly air flow for much of the week, although temperatures should recover slightly. 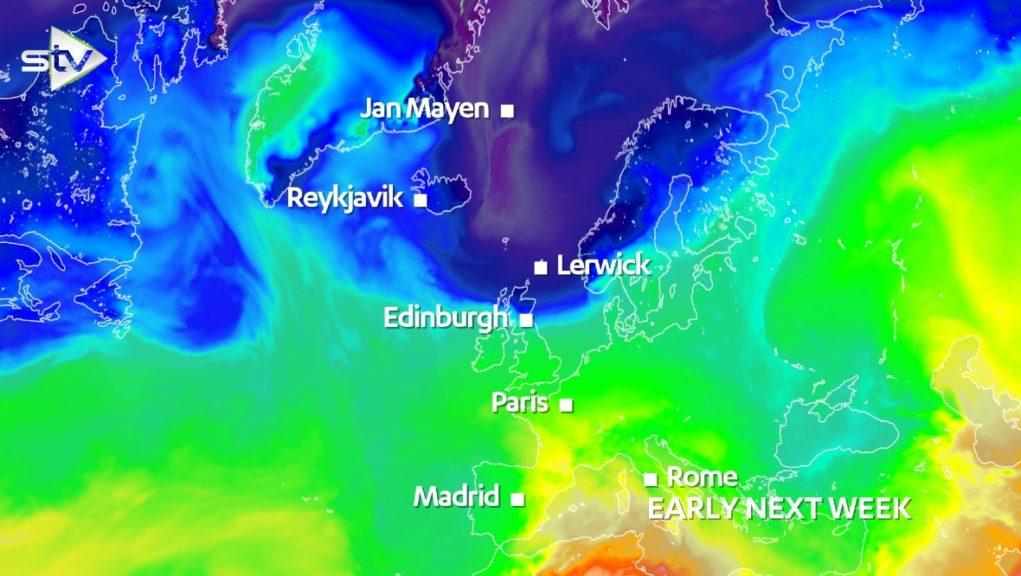 I expect most of you will be cranking up the heating too with some very cold nights likely. Temperatures will probably drop to lows around freezing, even in towns and cities, and perhaps as low as -7C in parts of the Highlands early next week.

As a caveat to all of this, what I will say, is even when the air is quite chilly at this time of year, if you’ve got a wee sun trap it can still feel very pleasant out of the wind. That’s because the sunshine is now very strong so it feels much warmer in it, but the minute you’re in the shade, it feels much colder.

So stand by your wardrobes and get your shorts, t-shirts, hats, scarves, and gloves at the ready for a thermometer rollercoaster… Happy May!