Tribute to the longest-serving Westminster correspondent in STV's history. 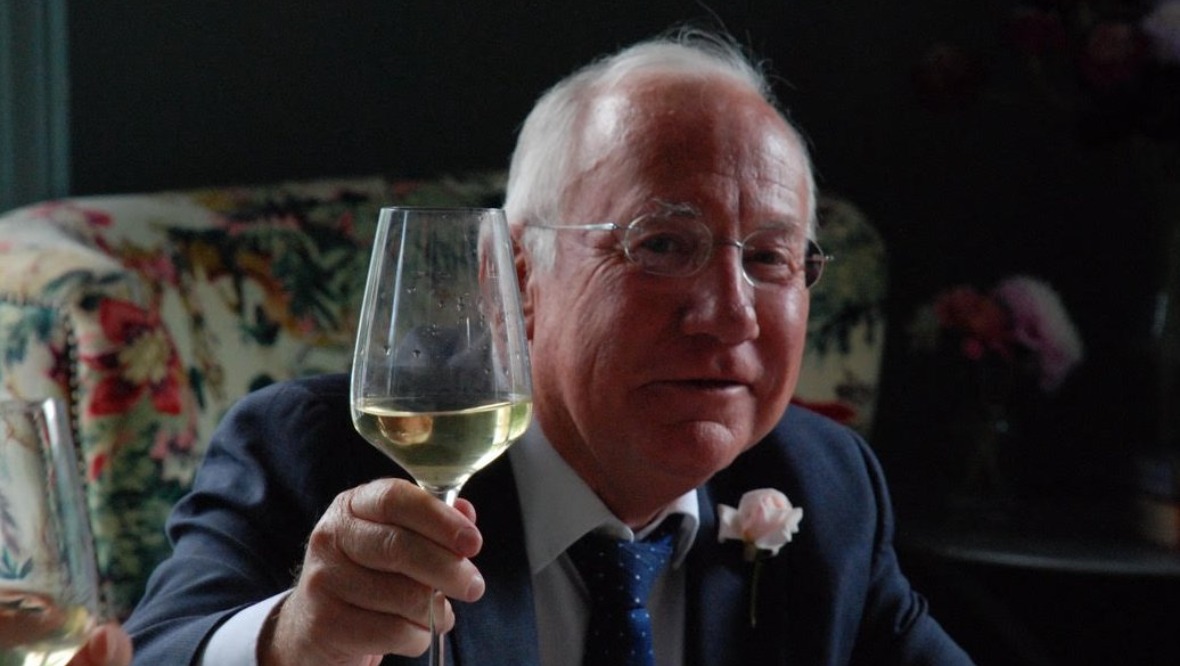 Harry Smith had two great weapons in the art of cultivating what we journalists call ‘contacts’; a boyish irreverence and a misplaced bent for self-deprecation.

These character traits genuinely endeared him to those he dealt with but more than that it meant that all manner of people freely volunteered information.

With a twinkle in his eye and a curiosity to find out what was going on, he plied his trade first on local newspapers and then at BBC Scotland, STV, ITN and then as a freelancer for STV and any other broadcaster that would grease his palm to do a job he loved.

He would go on to become the longest-serving Westminster correspondent in the history of this station.

Harry’s passing at the age of 69 leaves his family bereft and has led to a genuine outpouring of sadness in the worlds of broadcasting and politics.

First Minister Nicola Sturgeon correctly observed today that he was “a stalwart of Scottish and UK political reporting”. Former Scottish secretary David Mundell MP said he was “a true gentleman and always a consummate professional. No matter how tough the questions there was always some cheery banter afterwards”.

Julie Etchingham is on the money in saying that Harry was “an ITN man to his fingertips”. And that master of mischief Michael Crick said today that Harry “was an excellent reporter with a great sense of fun”. BBC News anchor Huw Edwards spoke of his “enormous respect” for Smith’s talents.

He was an old-school hack in a new hi-tech world but managed to straddle the changing technology and journalistic mores to be a gold-plated survivor in an often brutal profession that can regard experience as a passport to the knackers’ yard.

He interviewed prime ministers, first ministers, party leaders and any MP passing College Green. But it’s important not to pigeonhole his journalism. He covered Lockerbie as well as many of the other searing national tragedies, the reporting of which benefited from his empathy and careful judgement.

He was the original safe pair of hands and could abandon his Lobby pass for a panama hat every July when Wimbledon came calling. His lightness of touch could see him through the odd mishap like the time when his live broadcast at the championships was interrupted by a water hose. He was drowned but unbowed.

Harry Smith was a man of strong views, particularly when it came to benefiting those with their labour to sell. He was the father of the chapel for the National Union of Journalists when at the BBC and was a trenchant supporter of trade unionism as a means of ensuring fairness in the workplace.

He was uniformly loved by all of those behind the scenes, the army of technicians and organisers who actually make television work. At his desk at Number 4 Millbank, he could always cajole or charm resources from his pals at Millbank studios, all in the name of getting the story on air.

Correspondents work under increasing pressure and deadlines which can induce the odd panic attack. Not so with Harry, he was an overly seasoned pro who took everything in his stride.

He correctly understood that it was not the deadline that would mug you on air but a tendency to panic as it approached.  John Mackay is right in saying that Harry was “a great character” who was “unflappable” when all around him entered the race to chase wild geese.

Most senior journalists when confronted with silly requests from a news desk will often turn to a colleague to vent their expletive laden frustration at the sheer stupidity of a request. Harry would retell the request as if it was a joke, laughing as he did it. Harry Smith was a man for whom humour not anger was always the best way to make a point.

Perhaps the longest producer-reporter relationship he enjoyed was with Gordon McDougall at STV. Today, McDougall said: “As a news producer, you need journalists you can trust, reporters that can deliver, and live performers that can inform and engage the viewer. Harry Smith was all these things and more. Proper old school and proper gent.”

He was a nightly feature on the STV News, broadcasting probably thousands of times on what was happening that day at the palace of fun. STV’s political editor Colin Mackay says he “was a great storyteller on TV and off”.

He was a small man who was undeterred in the business of carrying voluminous reports and waving them at the camera and delivering the line “it’s all in here”. In fact, colleagues would hunch around TV sets in the office and as he raised some weighty tome, would in unison cry “it’s all in here”.

I will miss Harry Smith’s premium strength sense of fun. As the clock struck 6.30pm he would ask, “is a glass of something in order?”. And so it was off to The Marquis of Granby for a long night in Oyster Bay.

His stories were funny, never told in malice and always revealed a good man, a solid pro who understood the privilege and responsibilities of his profession. In that he brought good humour and sound judgement to the reporting of the issues and personalities of the day.