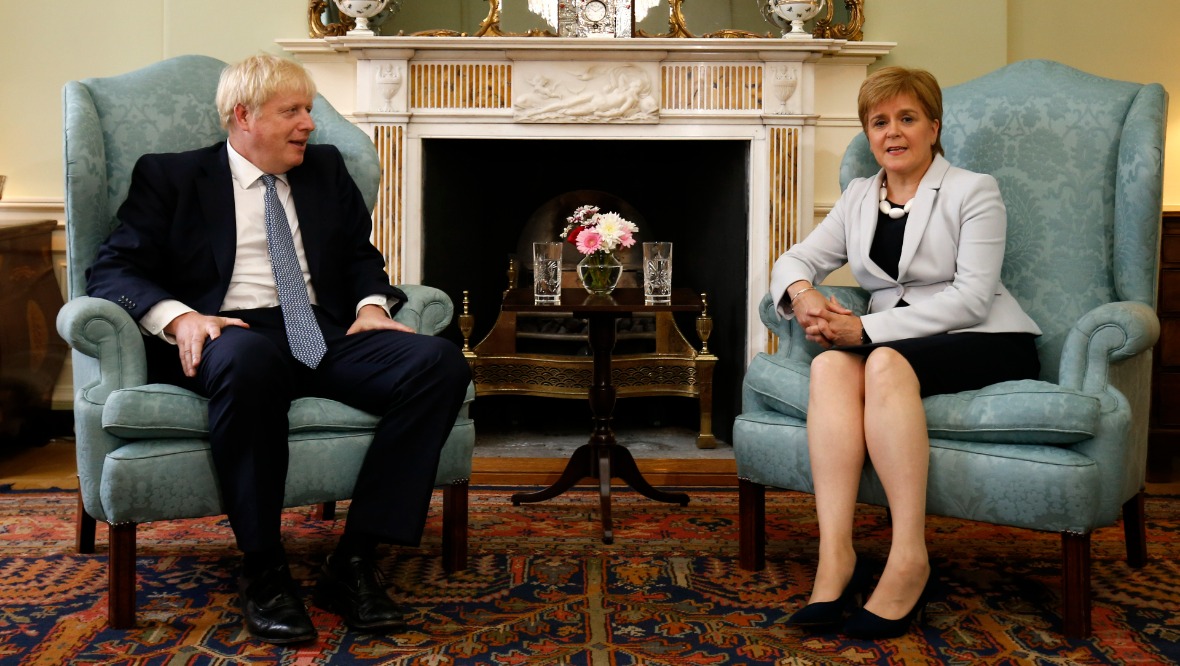 The latest STV News/Ipsos MORI poll is a mirror image of that, but it is just a snapshot of 1107 voters taken over the last week.

It comes after the SNP conference when Nicola Sturgeon promised to start the campaign for another referendum in earnest next year.

Four polls in the run-up to that conference offered a different view, putting No ahead of Yes by 52 to 48. On the basis of that, some will say this latest Ipsos MORI poll is an outlier, but others might hope it is the start of a new trend.

What is absolutely clear is that the constitutional question is still at the forefront of Scottish politics – it certainly hasn’t gone away.

The poll comes on the back of the latest Westminster sleaze scandal and the Prime Minister’s infamous Peppa Pig speech.

That probably goes some way to explaining an even further drop in satisfaction ratings with Boris Johnson’s performance. Satisfaction with all the party leaders has slipped a bit, but nothing compared to his.

This poll makes it look like the Yes campaign has two key assets – Nicola Sturgeon and Boris Johnson.

‘Clear need to reset relations across union after Brexit and Covid’

Blackford: Bid to save PM has become ‘Operation Dog’s Dinner’