It’s a team game for the new women at Westminster

There's a record number of women MPs, in spite of the abuse and death threats many continue to face. 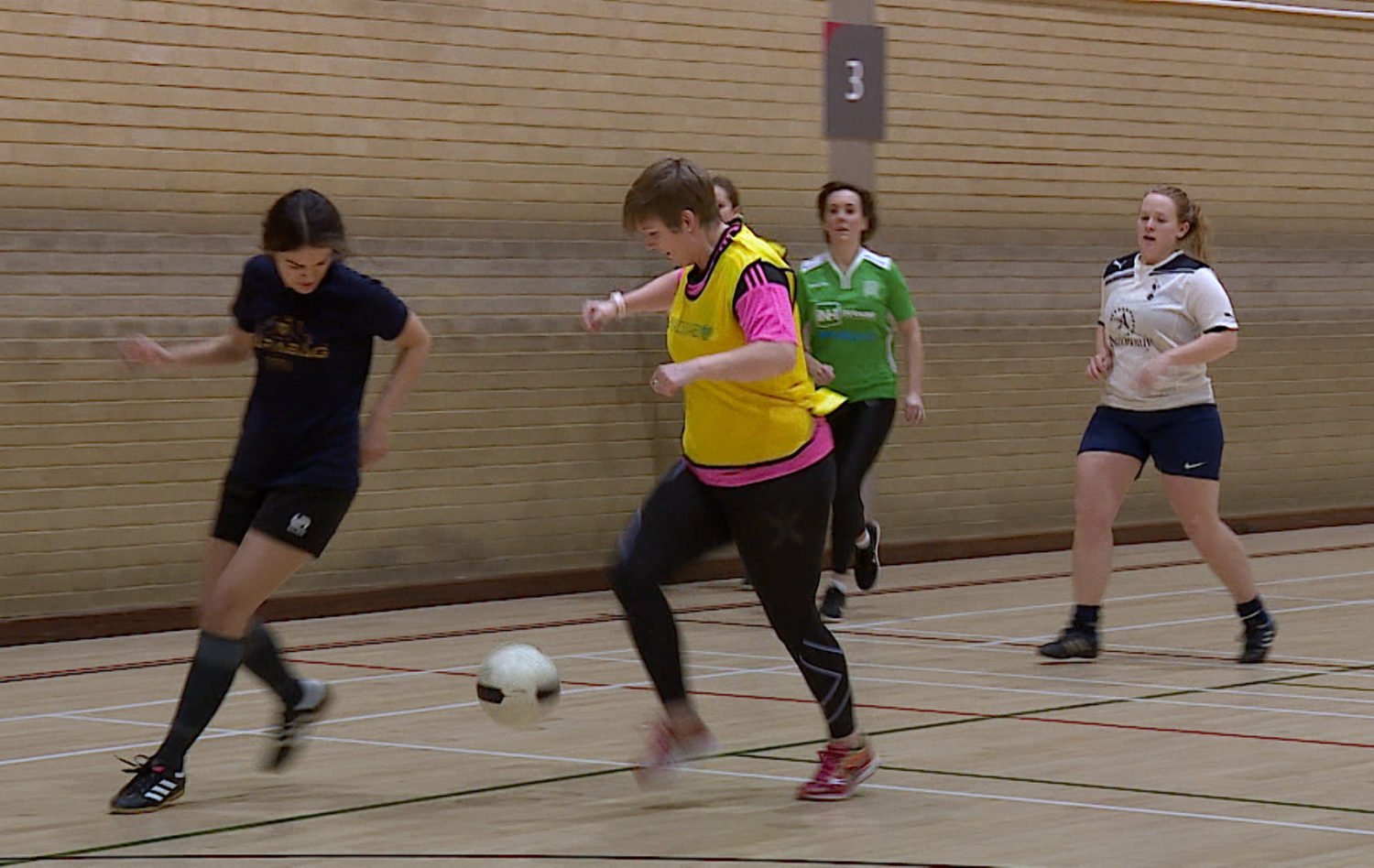 Once a week, before business begins in the Commons, the women’s parliamentary football team get together to kick a ball about.

In the middle of January, the 8am training slot requires strong commitment, but the mood among the MPs, journalists and staff members who take part is upbeat.

For the SNP’s Hannah Bardell, it is more than just a football team. It is a support network.

The Livingston MP recently challenged the behaviour of a member of the House of Lords and says she received “homophobic” abuse from him in return. She says teammates have helped her through “a tough few weeks” as she’s battled with the backlash.

After a pretty brutal year in British politics, where many MPs received death threats, parties and the parliament have put a lot of focus into how to tackle abuse. But there’s still a long way to go.

Some might even wonder why women – who frequently find themselves on the frontline – would choose to enter public life at this point in time.

Yet December’s election actually delivered a record number of female MPs. 220 to be precise. It means more than a third of the chamber is now female.

Among the new intake are the Lib Dems’ Wendy Chamberlain, who defeated the SNP’s Stephen Gethins in North East Fife, and the SNP’s Amy Callaghan, who toppled the former Liberal Democrat leader, Jo Swinson, in East Dunbartonshire.

‘I think that if we allow ourselves as a gender to be chased out of politics, the people who cause the distress and discomfort have won.’

Both new MPs appear confident they can cope with whatever comes their way.

It was Callaghan’s stunning 149-vote win over Swinson that sparked exuberant celebrations on election night from Nicola Sturgeon – memorably caught on camera.

Critics described the First Minister’s reaction to the Lib Dem leader losing her seat as “ungracious”, but Sturgeon insisted it was a celebration of Callaghan’s “against-the-odds” victory as a young woman who has “overcome a lot of personal adversity”.

As a teenager, she was diagnosed with melanoma but recovered and has been cancer-free since 2014.

In her maiden speech, the 27-year-old spoke of inspiring other young women to enter politics. Callaghan says the response has been “incredible”.

“I’ve had young women in East Dunbartonshire sending me direct messages saying it is making them feel they can achieve a lot more,” she told me.

“A couple of them have told that they want to study politics now, which is music to my ears.”

The party came within two votes of unseating the SNP in the 2017 election, and the equivalent Holyrood seat is held by Scottish Lib Dem leader Willie Rennie.

The new MP feels it is important for women to stand firm and to continue to stake their place in British politics.

“I think that if we allow ourselves as a gender to be chased out of politics, the people who cause the distress and discomfort have won,” Chamberlain said.

It is 100 years since Nancy Astor became the first woman to take her seat in the House of Commons. She once said her male colleagues would rather have had a rattlesnake in the chamber than her.

A century on, there are still some in society who get rattled by strong female voices and attempt to silence them on social media.

It’s worth remembering, though, that the threat does not simply lie online.

In the Commons chamber, new MPs pass underneath a coat of arms dedicated to the memory of the murdered MP, Jo Cox, who died during the EU referendum campaign. It was designed by her children.

Whether the debate is over Brexit or Scottish independence, passions will always run high in today’s political arena. The challenge is finding a way to detoxify the disagreement.

To see Kathryn’s full piece on women at Westminster, and for more on the aftermath of the general election, tune into Scotland Tonight on STV at 7.30pm on Thursday.