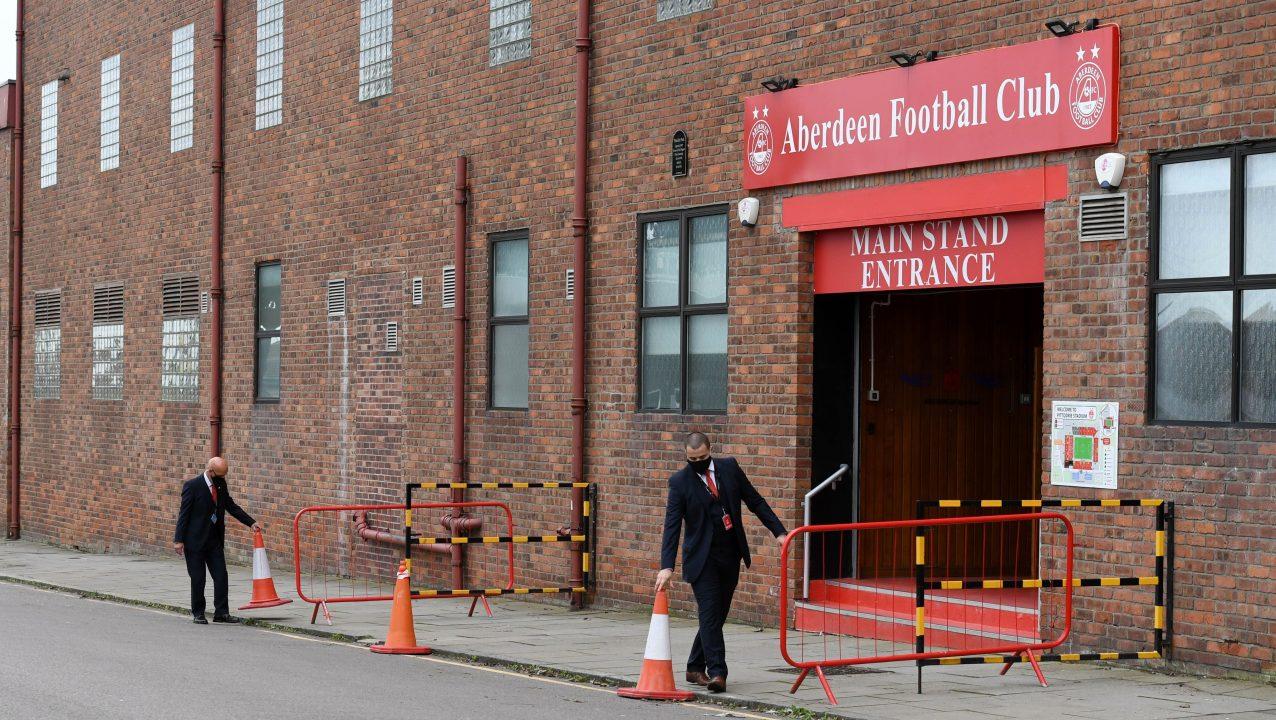 “You’re not singing any more.”

Traditionally a taunt from opposition fans, in 2020 that’s now a clear instruction from clubs to their supporters.

Not just any supporters, these are the lucky 600, the home fans chosen by ballot to attend Aberdeen v Kilmarnock and Ross County v Celtic on Saturday afternoon. The matches at Pittodrie and the Global Energy Stadium have been selected as pilot events for the return of “crowds” to Scottish football and are seen as the first step towards some sort of normality for the game.

This weekend is supposed to be the real beginning of the road back after months without matches and then the alien, sterile environment of the closed-door competition we’ve seen since August.

So if this is the beginning of the end, why doesn’t it feel like it?

Partly it’s because of the very limited nature of the re-opening, which allows just 300 fans at only two games, and also the strict rules that each season-ticket holder has to follow to gain access.

Aberdeen have issued a new Code of Conduct for the fortunate few who were drawn from a ballot for Saturday’s match. Along with the instruction not to sing (or chant or shout in order to reduce the risk of infection), standing is prohibited, pie stands are shut and if you catch the match ball you must be sure not to throw it directly back to Joe Lewis or Jonny Hayes. And remember to wash your hands afterwards.

Temperatures will be taken before entry and nobody will be pushing their way through a heavy turnstile. Arrival and departures will be staggered to prevent crowding and ID will be checked to ensure tracking and tracing.

There’s a lot more to it than just remembering to grab a facemask to match your scarf.

If it all seems serious and safety-obsessed to the nth degree, that’s because it is. Quite apart from the blindingly obvious public health concerns that are a priority for all concerned, football has to get this right. Season tickets may have been sold and streams launched online but the game still depends on bums on seats for its financial health and the long-term survival of some clubs is closely bound to the size of the matchday crowd.

The success or failure of the pilot events will be reviewed by government next week and will guide policy and decision making about the next steps for professional sport, added to the lessons learned from rugby’s test event at Murrayfield at the end of last month. There may be three points available on the pitch for Ross County and Aberdeen but it’s in the stands and around the ground that they need to deliver a result.

Hopefully the hard work of all involved pays off and both games deliver but even so, it feels like football is swimming against the tide after events of the last week.

The strange circumstances that saw the Scotland national team play Czech Republic reserves on Monday was a reminder that coronavirus will disrupt and distort competition at every level but there was hope for a return to normality and the domestic game after the final whistle in Olomouc. It wasn’t to be.

Two Premiership games were given the green light to host fans but others saw their requests denied because of local lockdown as Covid-19 figures spiked around the country. Two St Mirren players tested positive for the virus and a Hamilton player had to self-isolate after contact with one. Despite protective bubbles and strictly enforced safety protocols, football can’t shield itself from the outside world.

That vulnerability was made clear on Thursday when Nicola Sturgeon gave her update on the bigger picture.

A rise in cases meant that Scotland isn’t ready to move to phase four of the lifting of restrictions. September 14 – the date circled on the calendar of every club’s chief executive – was no longer realistic for the return of fans and a decision will now be taken in three weeks’ time.

That takes us to October 5 with no guarantee of a brighter outlook and with Championship, League One and League Two set to begin 12 days later there will be fresh concerns in boardrooms around the country.

The league’s showcase game is also looming large on the horizon.

Celtic boss Neil Lennon was asked to look ahead to his side’s clash with Rangers on October 17 and was adamant that Celtic Park could handle as many as 18,000 for that match if given the go ahead.

“It’s imperative that we get our supporters back in the stadium,” he said.

“It’s hugely important. Health and safety comes first but as far as our home environment is concerned it’s as good as anywhere in Britain and it’s ready to go.”

Lennon described Saturday’s pilots as a sign of progress and he’s right. There will be no widespread return, no “back to normal” for clubs or fans unless small-scale experiments are successful.

Aberdeen and Ross County will take every measure to ensure that but the long-term outlook is out of their hands.

The lucky 600 who see live Premiership football this weekend should enjoy their experience, even if they can’t raise their voices, but the noisy majority locked out of the stands may have to wait a while longer.