Euro 2020 can mark the dawn of the new normal 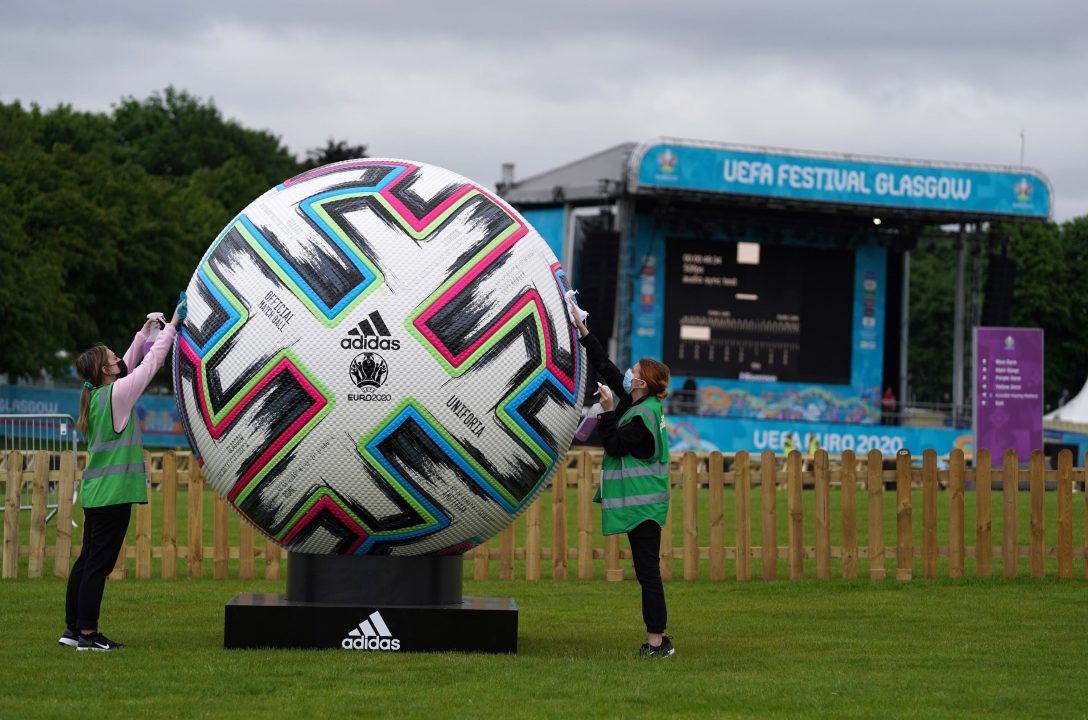 Even those with only a passing interest in football might well be looking forward to the coming weeks with a sense that Euro 2020 might just mark the beginning of the end of the claustrophobia of in-out lockdowns and a sense that a new normal might be around the corner.

Supporters in grounds, the buzz of a fan zone, the wider highs and lows that come with glory and failure will at the very least take my mind off the misery of the last 15 months. The legacy of the upcoming tournament might not just be in sporting terms but in the hope that it might be a portent of better times ahead.

For the national side it will answer a simple question about Scotland’s first participation at a major event in over 20 years: is this a new beginning or a false dawn?

For much of our history we have punched above our weight but recent decades have suggested a once-competitive nation sliding inexorably to the deep end of football’s backwater.

The current crop of players at Steve Clarke’s disposal are, on their day, a capable bunch and the next month will tell us just how capable. For a small country with a large and really rather rich legacy, the hope is that they write a new chapter that will inspire youngsters today to be the players of tomorrow.

Perspective, of course, is the first casualty on the eve of a tournament. I well remember 1978 and even as a 15-year-old thinking there was something comically absurd about the Hampden send off for Ally’s Tartan Army. The comedy gave way to tragedy in the searing heat of Argentina as hubris was buried by mediocrity before THAT goal redefined the concept of glorious failure.

Argentina had a searing impact that only those of a certain age will remember. It cowed the support, emotionally buried the likeable Ally McLeod and seemed to say collectively to a nation ‘get back into your box’.

Indeed the following year, the devolution referendum was narrowly won but ultimately lost because a threshold of voters did not vote ‘yes’ in enough numbers. It seemed the glorious failure on the park shaped in part the politics off it.

For much of the 1980s the national side remained competitive. The legacy of Argentina was never to get carried away again by nonsensical beliefs that bludgeoned logic and replaced it with the kind of hope normally found at the bottom of a glass.

Football continued to play its part in the granting of relief from the frequent misery of mass unemployment, a miners strike and a Prime Minister, Margaret Thatcher, described by her one-time Scottish Secretary Malcolm Rifkind as “a bossy English woman” with character traits that grated north of the border.

Indeed the Iron Lady ventured north to present the Scottish Cup in 1988 as the Hampden roar growled in distinctly anti-Conservative tones.

By then the old Home International Championship was a thing of the past and the yearly joust with the Auld Enemy gone but never forgotten. It is perhaps just as well because there was a gulf opening in the quality of the offering north and south of the border and a feeling that Scotland had fallen way behind our great rivals.

It is truly amazing, how in the right circumstances, sport can bring people together and say something about the character and spirit of a country. I was reminded of this when watching that marvellously evocative documentary on the late Jack Charlton, broadcast recently by the BBC.

It was almost as if the exploits of the Ireland side at the 1990 World Cup was the greatest expression of national self-confidence since the creation of the state. Charlton himself joined the elite ranks of being awarded honorary Irish citizenship, joining an impressively small club that included the likes of Tip O Neill and latterly Jean Kennedy Smith.

I have seen social media posts in recent days which suggest that some people who follow football in Scotland are nonplussed about supporting the team. Delve into some of the exchanges and you find what drives attitudes has nothing to do with football.

Some don’t like the SFA, others seem to see support or neutrality on the national side as being governed by their constitutional preference. It’s sport but some seem to find an incessant need to shoe-horn politics into it and to claim what should belong to all as a clarion call for something that has nothing to do with the spectacle on show.

There will be others, perhaps more than some of us would care to admit, who have absolutely no interest in this whatsoever: people who dislike football, have no connection to it and view the next month with a sense of dread.

For them, it is the boredom induced by arguing when it will be their chance to commandeer the remote control or the worry that something unsavoury might happen if rival fans don’t behave. Some view these events as unhealthy displays of machismo, aggression fuelled by base tribalism and a magnet for people itching for a fight.

Let’s hope the weeks ahead see none of this. At its best these tournaments really do catapult high drama all the way to the skies. The spectacle will make heroes and break reputations. They can turbo charge the emotions and transform the spirit.

I hope to be thrilled and entertained but above all I hope that in the excitement the clawing hand of Covid is a little less clawing for I have something to take my mind off it.

I want to look back in the years ahead and say that I enjoyed this festival above all others because it marked a crossover point between the rigidity of lockdown and a time when we all started to get back to life as we used to know it.

May the team that entertains the most win the day.