Josh Forrest, 11, from Forfar, will lead the national side out at Hampden as the team's official matchball mascot. 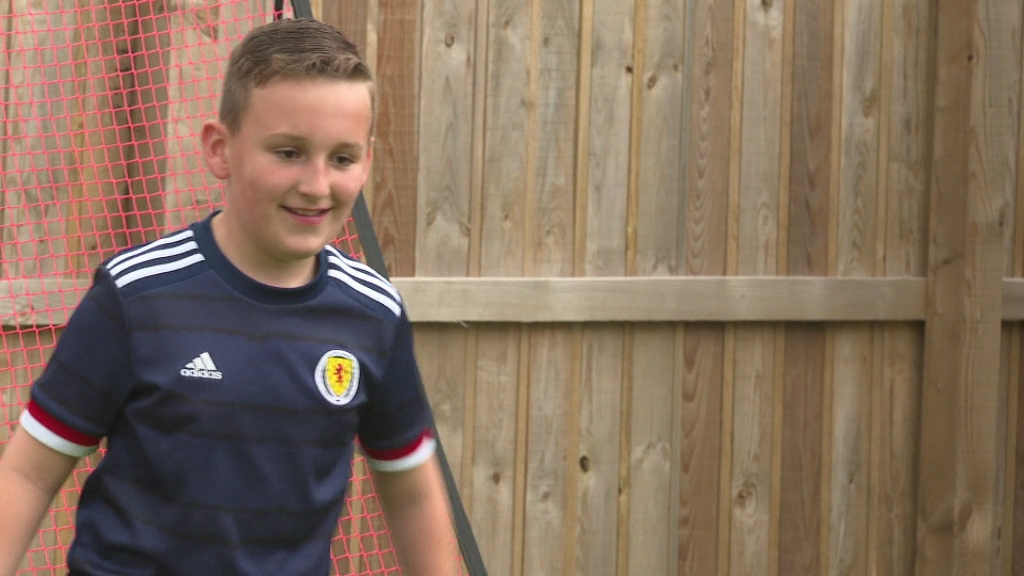 A young football fan is hoping to be the Scotland team’s lucky mascot against the Czech Republic.

Josh Forrest, from Forfar, will lead the national side out at Hampden on Monday.

The primary six pupil, who plays in defence or midfield for Kirrie Thistle, has been named the official matchball mascot for the Scots’ Euros opener.

It’s a historic moment for the young Aberdeen fan who will be the first mascot to lead the men’s side out in a major tournament in 23 years.

“I wasn’t even born the last time we were in a championship, so it’s an absolutely amazing opportunity for me to be doing this,” Josh said.

“I can’t explain it. I’m so excited. A bit nervous and anxious too but mainly excited.”

The 11-year-old will be at Hampden at 7.30am on Monday for a practice run, and will also be kitted out in the Scotland strip.

Proud parents Gail and Gary Forrest will be attending the match, with dad Gary saying the opportunity was “very special” for the youngster.

“We know he will be the only person carrying the official matchball out onto the pitch,” he said.

“We know it’s a very special occasion and one that he’ll never get the chance to do again.

“It’s probably more special after the length of time since Scotland have qualified for something like this, so very special.”

The youngster has predicted that Scotland will triumph over the Czechs on Monday.

“Hopefully. I hope we can win. It shouldn’t be an easy game but I think we should win it. I think 3-1 Scotland,” he said.