Mandy Keir described her German Shepherd as her 'world' but fears for the future as living costs soar. 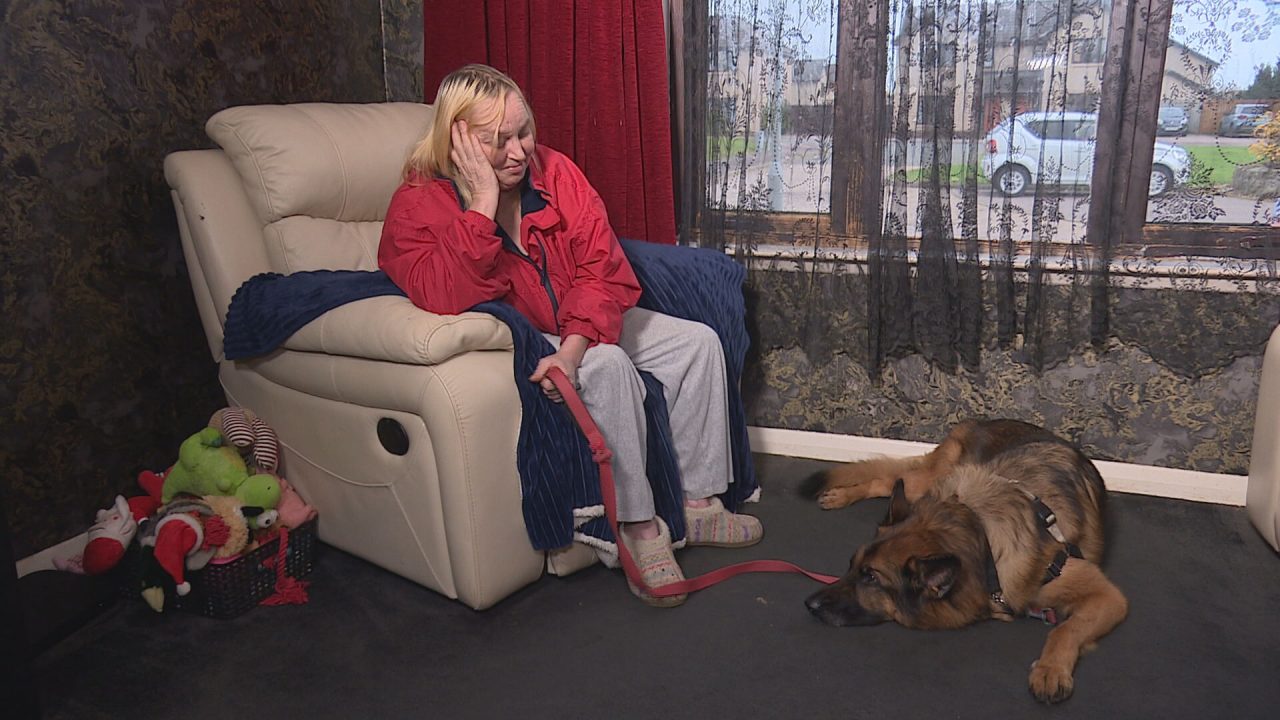 A dog owner has insisted her pet comes first as she struggles to cope with rising living costs.

Mandy Keir says most of her money goes towards her dog Tianna, who needs specialist food and medication.

The number of calls to the Scottish SPCA helpline about giving up pets has trebled, while dog rescue centres have been at full capacity following a 20% increase in arrivals.

The food and medicine needed by Mandy’s five-year-old German Shepherd costs her around £500 a month.

She told STV News: “If it’s a case of I eat or she eats, she eats. She’s my world, she’s my rock, she keeps me sound when I’m sad.

A recent survey of 4,000 people carried out for the RSPCA found that more than three-quarters of pet owners think the cost-of-living crisis will have a negative impact on their animals.

Around 68% said they were concerned that care costs were already on the rise, with 19% feeling worried about affording to feed their pets.

Meanwhile, figures from the Scottish SPCA show the number of dogs being handed into the shelter has more than trebled to 700 – compared with 194 in the same six months last year.

Mandy, from Aberdeenshire, admitted she was worried about making ends meet with energy and food bills set to keep soaring.

She said: “To be quite honest, most winters we struggle anyway, but this winter is going to be even worse.

“The only consolation is at least she is furry, I can cuddle her, and we will get a little bit of heat from each other that way.”

Mandy insisted giving up Tianna wasn’t an option, but said even fuel prices to take her to the vet were hitting her hard.

“I do so much for her because otherwise she would be passed from pillar to post because of all her conditions,” she said.

“But she does so much for me. You walk through that door and she’s never angry with you – she’s always got a cuddle. She doesn’t ask for much.”

The Scottish SPCA is donating essentials to 16 foodbanks across the country as part of its Pet Aid programme.

Bosses are predicting an increase in neglect, abandonment and relinquishment as households grapple with rising inflation.

Scottish SPCA chief executive Kirsteen Campbell visited one of those foodbanks near Aberdeen as the charity appealed for donations from the public.

She said: “We have noticed calls to our animal helpline have trebled this year from people who have sadly had to relinquish their animal – it was at just under 1,000 calls, but now it’s almost 3,000 already this year.

“It’s people who are desperate and in tears. They don’t want to give up their animals but they have no choice due to the economic climate.”