Walker with terminal cancer hopes scooter can get him back outside

Steve Barnes has been unable to explore the Scottish countryside after his cancer spread. 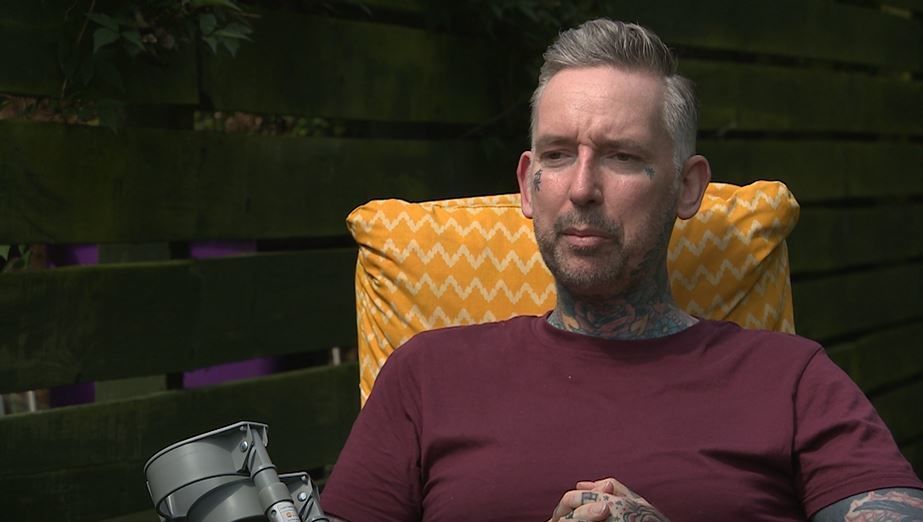 An avid walker with terminal cancer is hoping a mobility scooter can help him get back out to the hills.

Steve Barnes, from Arbroath in Angus, has lived with the disease for 15 years and had been able to walk for miles until his cancer progressed.

Nine weeks ago, Mr Barnes’ tumours spread to his spine and onto the back of his neck, leaving him unable to explore the Scottish countryside.

A former tattoo artist who has tattoos of all the organs he’s had removed from his body over the years, Mr Barnes believes that being outside is what has kept him alive for so long.

“My cancer has progressed from what was in my lungs. I’ve now got several tumours in my spine, in the back extremely painful, but also affecting my legs,” he said.

“So I can’t walk as much, even with the crutches, I think I can do maybe 100 metres maybe.”

He continued: “To me, it’s everything. I would say walking for definite has been the best thing for me since I’ve had my treatment.

“It’s [got] me fitter, mental health-wise totally going outside has helped, being out in a big space.

“Sitting in the house in four walls, there’s nothing to think about but your cancer, what’s happening, are you dying, all the horrible things you don’t want to think about.”

In the meantime, he’s keeping his link with the outdoors by snapping shots of wildlife from his bedroom window.

He said: “For me, time just now is the most precious thing. As soon as I get the scooter, the first thing I’ll do [is get] in the van, mate’s van… scooter, out to Loch Lee and getting out to the big waterfall is my favourite place.

“It’s where my dogs’ ashes are buried and I’m desperate to get back out for a visit, so that’s definitely the first spot.”