Charity launches recruitment drive in bid to double the number of people it helps. 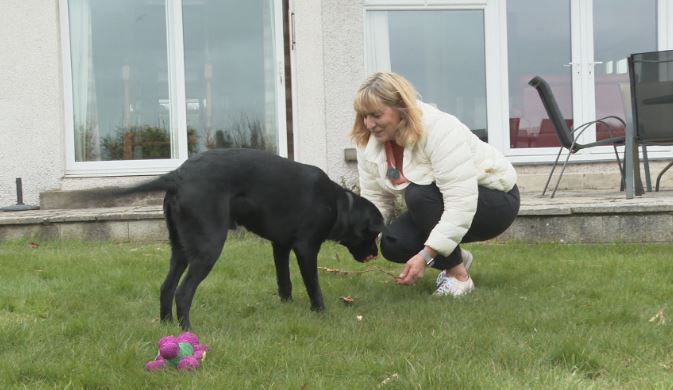 Guide Dogs Scotland has launched a recruitment drive in a bid to double the number of people they help by next year.

Puppy raisers, dog fosterers and wellbeing volunteers are just some of the roles available with the charity.

Sandra Buchan, who has been looking after puppies for six years, is currently helping to raise Boyd, a seven-month-old black labrador.

She told STV News about some of the duties faced by volunteers.

“You get a puppy when it’s about seven or eight weeks old and you raise it as a normal puppy until they’re about 16 months,” said Sandra, from Dundee.

“It’s just so they’re used to all sorts of environments.”

Since launching in 1931, Guide Dogs have transformed the lives of 36,000 people.

Those which graduate from Scotland’s only training centre, based in Forfar, go on to work across Scotland, the north of England and Northern Ireland.

Aaron Puckrin, from Guide Dogs Scotland, said: “The service is vital to all of our service users across the country, but unfortunately we currently operate a waiting list and have done for some time.

“All the dogs that qualify from this regional centre go on to support service users across the country.

“We currently have 161 puppies out in the community being raised by our volunteer puppy raisers. By the end of this year, we’re hoping to increase that to about 220.”

An information event will take place on Saturday, April 23 at Forfar Training Centre for anyone interesting in volunteering.