Seven members of the Extreme Circus team have families still in Ukraine following the invasion by Russia in February. 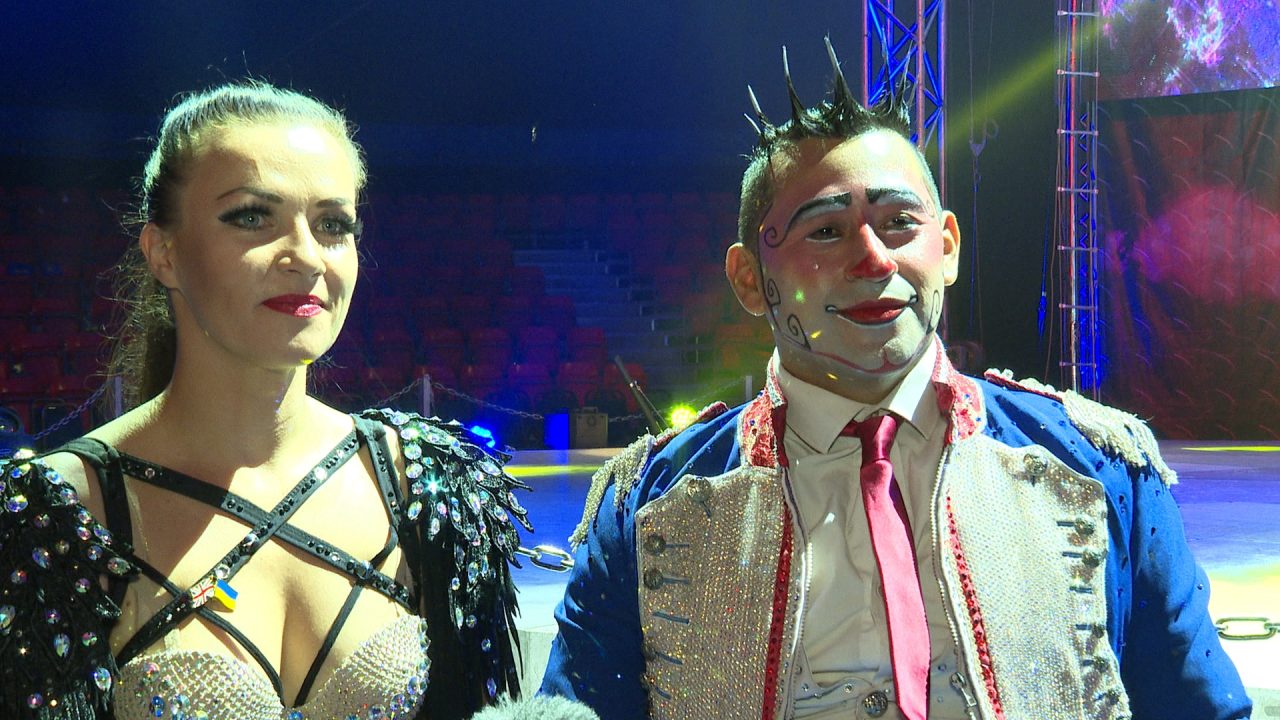 Ukrainian Circus performers with families trapped in the war torn country are urging their audiences to “cherish” they time they have with their families.

Seven members of the Extreme Circus team have families still in Ukraine following the invasion by Russia in February.

Tetiana and her husband Henry Ayala were visiting family in Kyiv with their 2 year old son when the Invasion started.

Tetiana told STV News: “On the morning of the 24th we heard missiles, explosions and that was a big shock we were very scared and we decided to go and leave immediately.”

The three of them drove for twelve hours, walked for 12 kilometers and then waited for four hours in the cold to cross to safety in Poland where volunteers helped them to a hotel.

Her grandmother, mother, sister and niece are still in the country, something the aerial performer tries not to think about when she’s on stage: “It’s a good thing I only do five minutes, then you can cheer up for five minutes, you do your job, smile make it perfect for you and the audience and everyone.

“But then you go back to listening to the news. I try to limit it, but I still do at least one or two hours of news.

“I just listen to know what’s going on and then I call my mum.”

Tetiana and Henry aren’t the only performers worried about their family who have been unable to leave Ukraine.

Luidmyla Vrinceanu is a dancer with the troupe and told STV her family can’t leave Kharkiv due to illness: “My parents are still in Ukraine because my mum is very ill, she’s in the bed and their decision was not to leave the country.

“They were born in the country and they want to die in their cities. I wake up every morning with the thought of my parents, opening my phone and checking if they were online because you never know if it was my last time speaking with them.

“We all hope war will be finished soon, but no one knows what will be.”

The Ukrainian performers have the full support of all the members of the team, but Tetiana wants audiences to make sure they appreciate and cherish their families: “see your mum alive, you children healthy, your husband you know. Right now and here and today because you never know what will happen tomorrow”

The Circus Extreme will be performing in Dundee until the July 2 before touring around the rest of Scotland.