Ukrainian families in Scotland mark first Christmas away from home 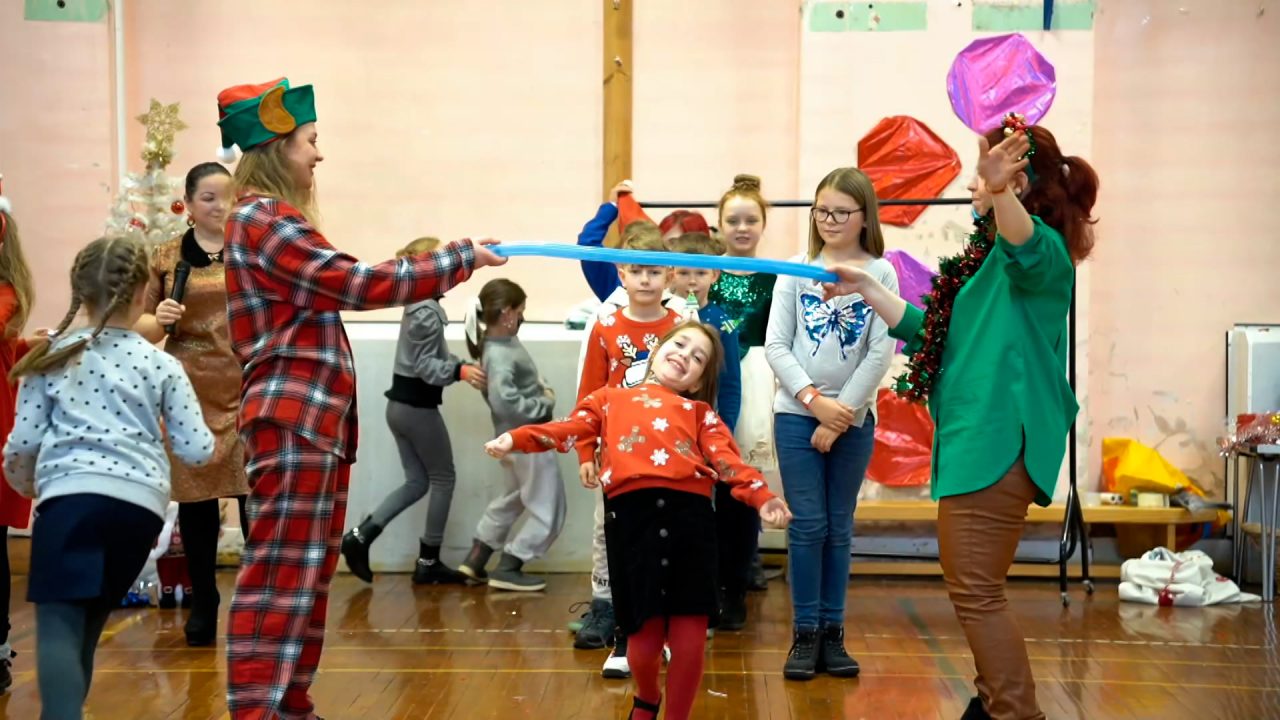 Ukrainian families in Scotland have been celebrating festive traditions as they mark their first Christmas away from home.

Thousands of people who were forced to flee the war with Russia earlier this year have been temporarily rehomed in Scotland.

This time of year is proving particularly difficult, as many still have loved ones living and fighting in Ukraine.

Yelyzaveta Hrytsenko came to Aberdeen with her 12-year-old daughter in July, after their home city of Kharkiv came under intense attacks from Russian forces.

Her husband, mother and in-laws still live there – but she, like so many others won’t be able to see them this Christmas.

She told STV News: “It is the first time I’ve spent it separately.

“It is very hard to explain to your child why we can’t go and spend it all together.

“It’s so good that there are Scottish and Ukrainian people who can support us.

“And that there will be a Christmas here for us too.”

A community hub for Ukrainians has been operating in the city since March.

On Sunday it held a festive party, ahead of St Nicholas Day, which Ukrainians celebrate on December 19.

Organiser Daria Shapovalova said: “Some children are still having trouble fully integrating at school, so we wanted to create a comfortable environment for them to be able to just relax for a day.

“The anniversary of the invasion is coming up, it’s almost been a year, and a lot of people have family back home.

“We don’t forget it for one second.”

In Perth, 12-year-old Arina and Danylo, 11, have been in Perth with their mothers, Kateryna and Vikalina since May.

They also had to flee from Kharkiv when bombs started falling. Both children’s fathers remain there.

“We can’t always connect with them, because they have bad internet connection and it’s cold now in Ukraine – so it’s not good,” Kateryna said.

The women and their children initially lived in the home of Perth woman Teresa Shering, who acted as their host under the Homes for Ukraine scheme.

They’ve now moved into a flat just round the corner.

Teresa said: “It just seemed such a traumatic experience that these people were going through.

“We were in a position where we could help them and we felt like it was a nice thing to do.

“They came, they settled in, and we’ve become friends for life.”

Ukrainians in Scotland say they’re immensely grateful to be in Scotland, and to those who have helped them.

While they all have their individual stories – this Christmas they have one collective wish.

“I think now we just all want to stop war in Ukraine,” said Kateryna.

“It’s the main thing for us because we are worried about our families.”

Yelyzaveta added: “I really hope all this disaster and catastrophe will end as soon as possible.

“We are really praying for this – because there is no place like home.”