Two people taken to hospital after four-vehicle crash on A90

Emergency services were called to the scene of the crash on Thursday morning. 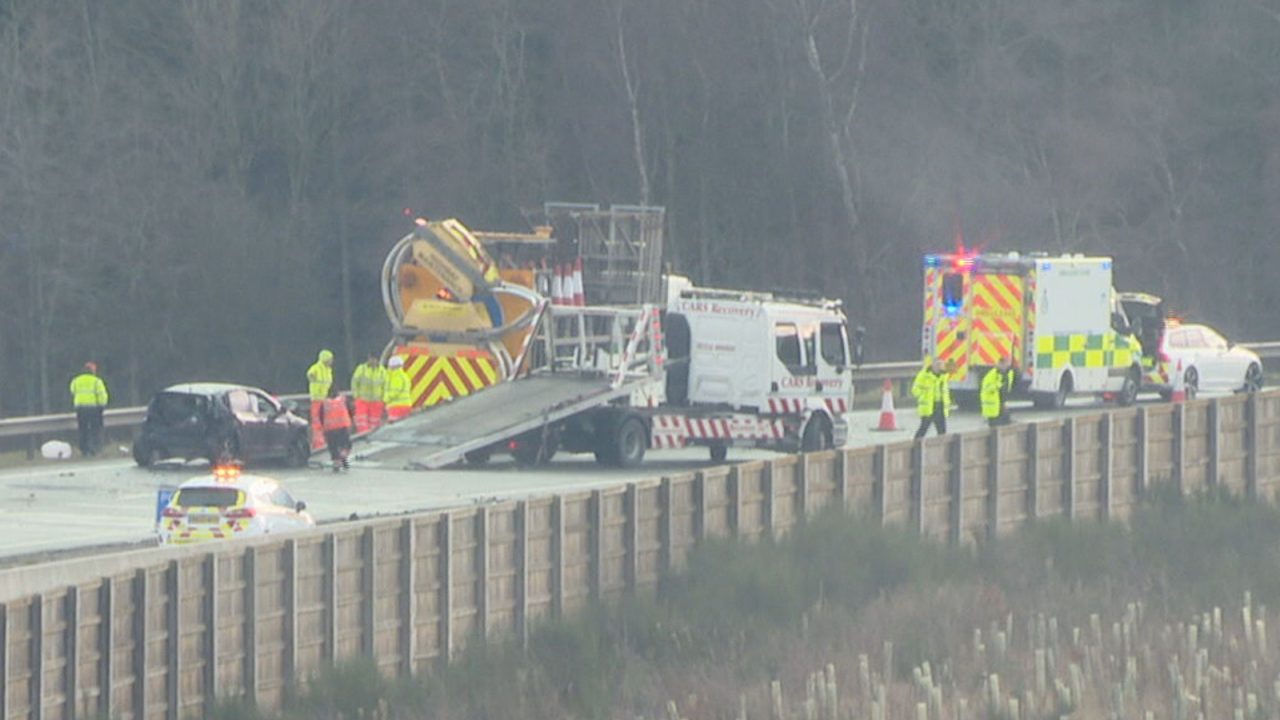 Two people have been taken to hospital following a four-vehicle crash on the A90.

Police were called to the scene near Milltimber in Aberdeen around 10am on Thursday morning.

The collision, which involved four vehicles, resulted in two people being taken to hospital.

The southbound carriageway was closed while emergency services worked at the scene while the northbound carriage was also closed as a result of fallen debris.

A Police Scotland spokesperson said: “We were called around 10am on Thursday, December 29, to a report of a four-vehicle crash on the A90 southbound near Milltimber, Aberdeen.

“Officers are in attendance. Two people have been taken to hospital as a precaution.”