The vessels arrived in the River Tay from Norway on Friday. 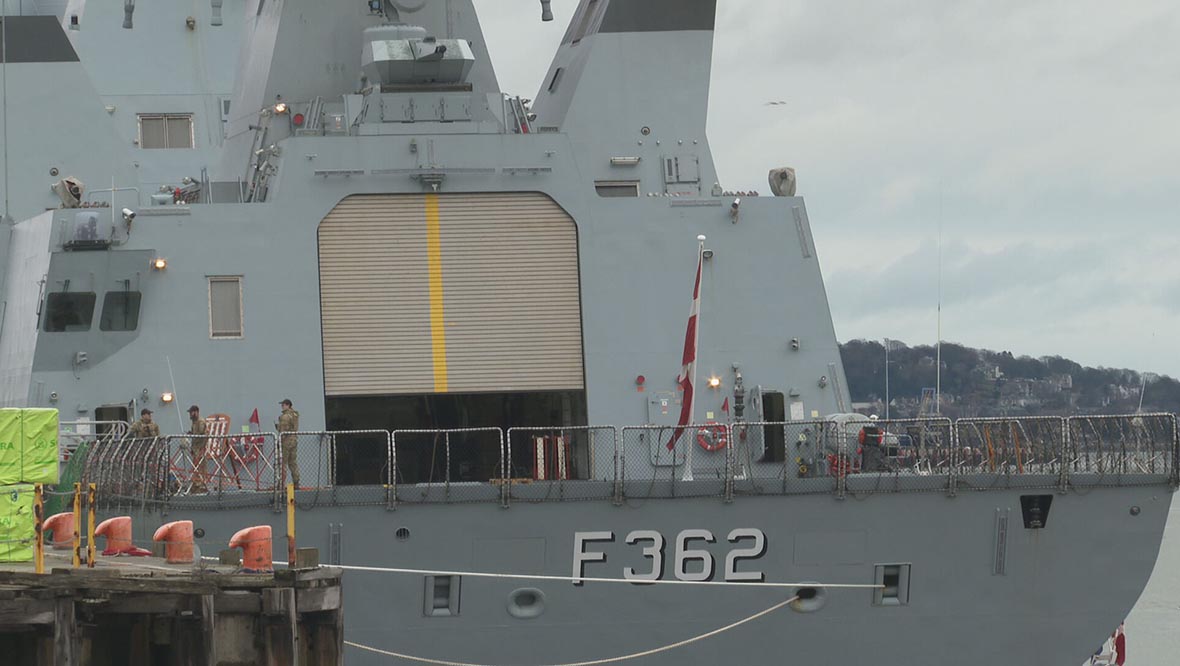 Four NATO warships have docked on the banks of the River Tay in Dundee after arriving from Norway in the early hours of Friday morning.

Standing NATO Maritime Group One (SNMG1) said the vessels had arrived for a scheduled port visit.

The Royal Navy in Scotland tweeted footage of the warships arriving on Tayside on Friday.

A Royal Navy source told STV News: “We always welcome ships from other nations and our allies and encourage them to use the amazing facilities available to them in Scotland.”

A spokesperson from Forth Ports, owner of the Port of Dundee, said: “Naval vessels are regular visitors to our ports and when they are, our standard policy is not to comment on them.”

Following the port visit, SNMG1 will participate in the long-planned NATO exercise Brilliant Jump 2022, which will then lead directly into the bi-annual Norwegian-led exercise Cold Response 2022 from March 14 to April 1.

“Interaction and building relationships between sailors from around the world, but also with the local communities of allied nations during port visits, make us stand together.”

Speaking at the Tapa military base in Estonia, he said: “That is the reason why we need to continue to provide support to Ukraine, why we continue to call on Russia to stop this bloody war and why we need to impose costs by the heavy sanctions on Russia.”

Stoltenberg added that the situation was “horrifying” and “a blatant violation of international law”.