Train hit rocks and gravel before derailing near Stonehaven 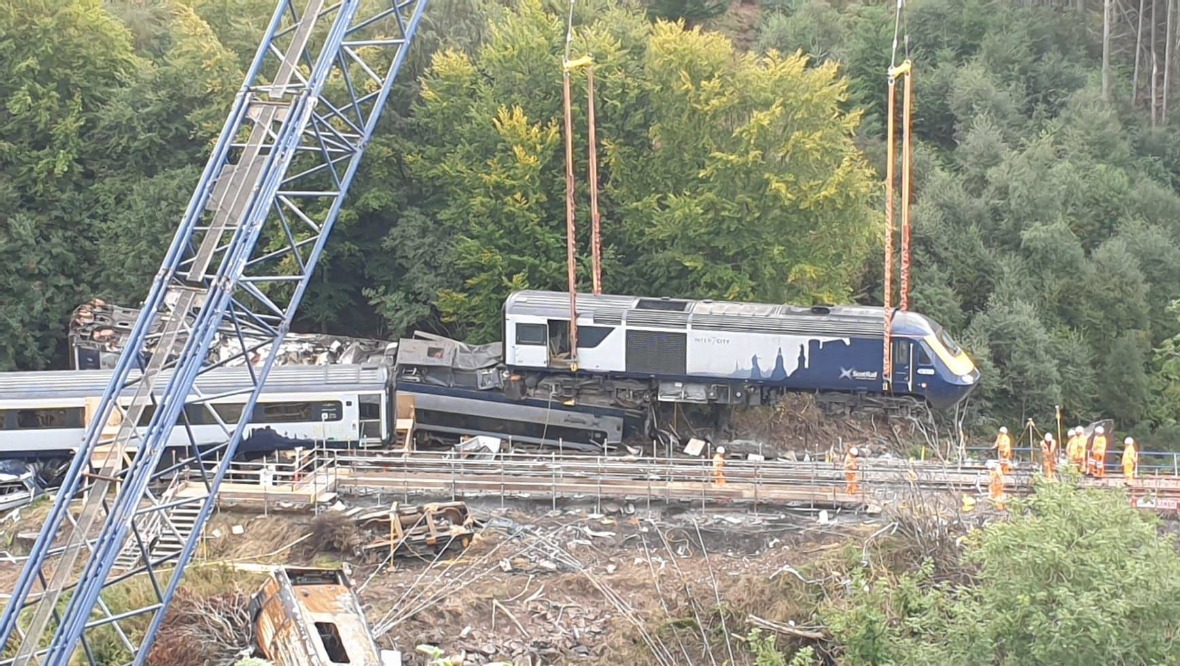 The train which crashed in Stonehaven derailed after striking “a pile of washed-out rock and gravel”, a new report has said.

Three people, including the ScotRail driver and conductor, died when the 6.38am Aberdeen to Glasgow commuter service came off the line on August 12.

It was heading back to Aberdeen after being unable to pass another landslip further down the line, following a night of heavy rain and flooding.

Thursday’s report from Network Rail sets out plans to reduce the risk of landslips from sloped ground along thousands of miles of tracks across the UK.

Transport secretary Grant Shapps said: “We owe it to those who lost their lives, were injured, and were affected by this incident, to learn and act on every possible lesson to ensure this is never repeated.

“The independent investigation will enable us to understand exactly what went wrong, and make sure it does not happen again.”

Train driver Brett McCullough, conductor Donald Dinnie and passenger Christopher Stuchbury were killed in the crash at Carmont, near Stonehaven.

Six other people were taken to hospital with minor injuries.

Shapps said: “We cannot delay learning the lessons. That is why I immediately commissioned this report and am making the interim findings available.

“I welcome the work setting out the challenges in adapting our rail infrastructure to cope with increasing extreme weather events caused by climate change. The task is now to overcome those challenges.

“We will use the findings of this interim report to improve, shape and accelerate our work to build a more robust and resilient rail network, so that our railway continues to be one of the safest in the world.”

The Department for Transport said the report highlights the need for technology to predict landslips and investment in better weather forecasting systems.

The review suggested that industry rules for reporting and responding to heavy rainfall will be improved to help signallers manage services during poor weather.

Discussions will also be held with meteorologists to understand how real-time information can be used during unpredictable extreme weather.