The Duke of Rothesay surveyed the wreckage from a hillside above. 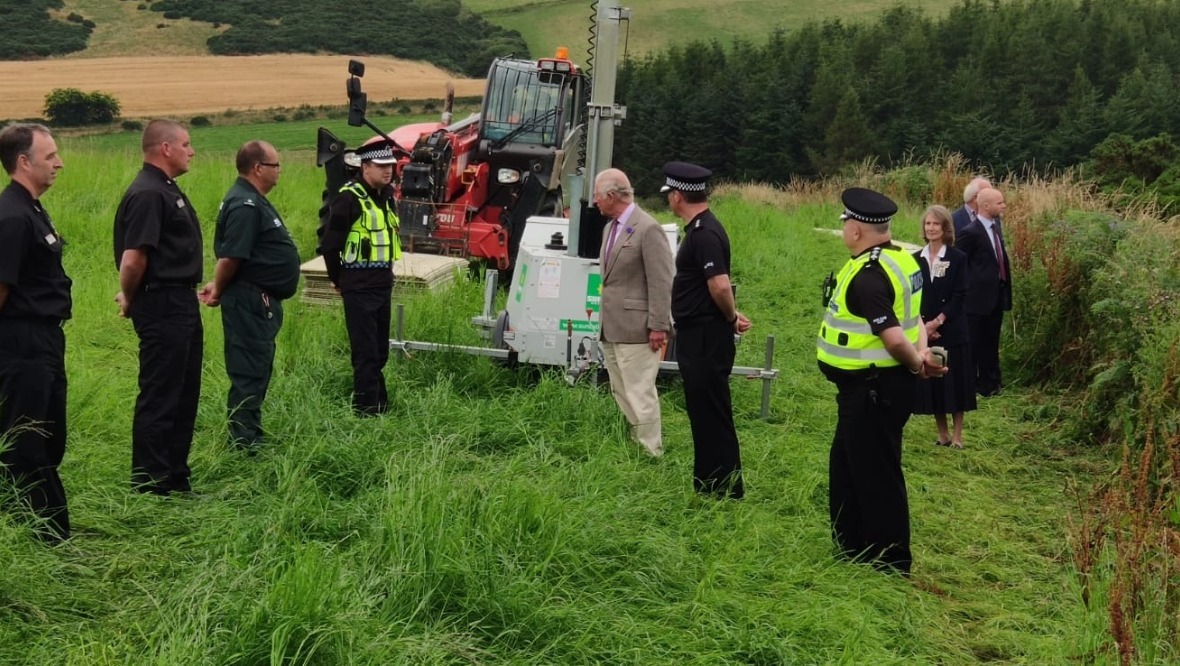 Prince Charles thanked emergency responders for their bravery as he visited the site of the fatal Aberdeenshire train crash.

Three people died on Wednesday when carriages of the 6.38am Aberdeen to Glasgow Queen Street ScotRail service derailed near Stonehaven amid heavy rain and landslips.

Charles, known as the Duke of Rothesay while in Scotland, visited the site on Friday and surveyed the wreckage from a hillside above.

He met emergency responders including Pc Liam Mercer and Pc Eilidh McCabe, who were the first officers on the scene, and commended them on their bravery.

He was taken to a socially distanced circle of workers including members of the police, fire service, Coastguard and Network Rail.

Many spoke of their experiences dealing with the incident and the sight of burning carriages.

It is understood all of those who died were local to the area.

Six other people were injured in the crash – four have since left Aberdeen Royal Infirmary while two remain in a stable condition.

The Rail Accident Investigation Branch has launched a probe into the incident and investigators are at the scene.

A separate investigation will be carried out by Police Scotland, British Transport Police and rail regulator the Office of Rail and Road.

Network Rail will inspect trackside slopes across the country as part of a Government-ordered review as a landslip during heavy rain and flooding is suspected to have played a part in the incident near Stonehaven.