The swirling mass of the insects was spotted at Loch Leven. 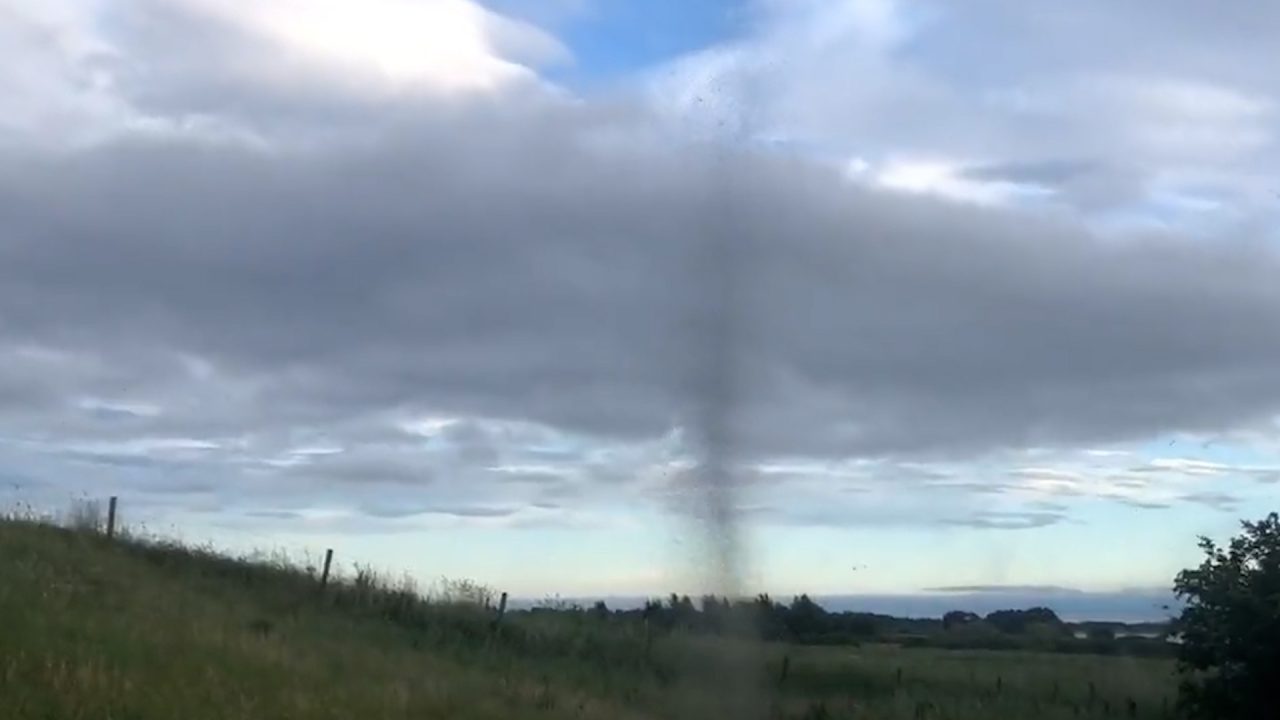 Thousands of midges were caught on camera forming a swirling “tornado” in the skies above Scotland.

In footage to make the skin of some viewers crawl, the bugs were captured in a mass column in Kinross on Thursday evening.

Experts said the impressive aerial display, known as “lekking,” was a “mating ritual to attract females” by the non-biting chironomidae species.

Ross Cunningham captured the striking video while out walking in the area.

These midges, also known as lake flies, are one of around 10,000 variants of the non-biting insect – and pose no gnawing threat to humans unlike their more infamous biting cousins.

Suzanne Burgess, development manager at Buglife Scotland, said: “Lekking is a form of display undertaken by male non-biting midges in an effort to attract female midges, effectively a mating ritual.

“Up to millions of these midges will hatch at the same time, when temperature and weather conditions are right and the tall ‘tornado’ hopes to draw in female midges from the surrounding area.”