Torrential rain and flooding cause partial collapse of bridge

The A93 linking Blairgowrie and Glenshee has been closed after a wall on the Bridge of Cally was swept into the River Ardle. 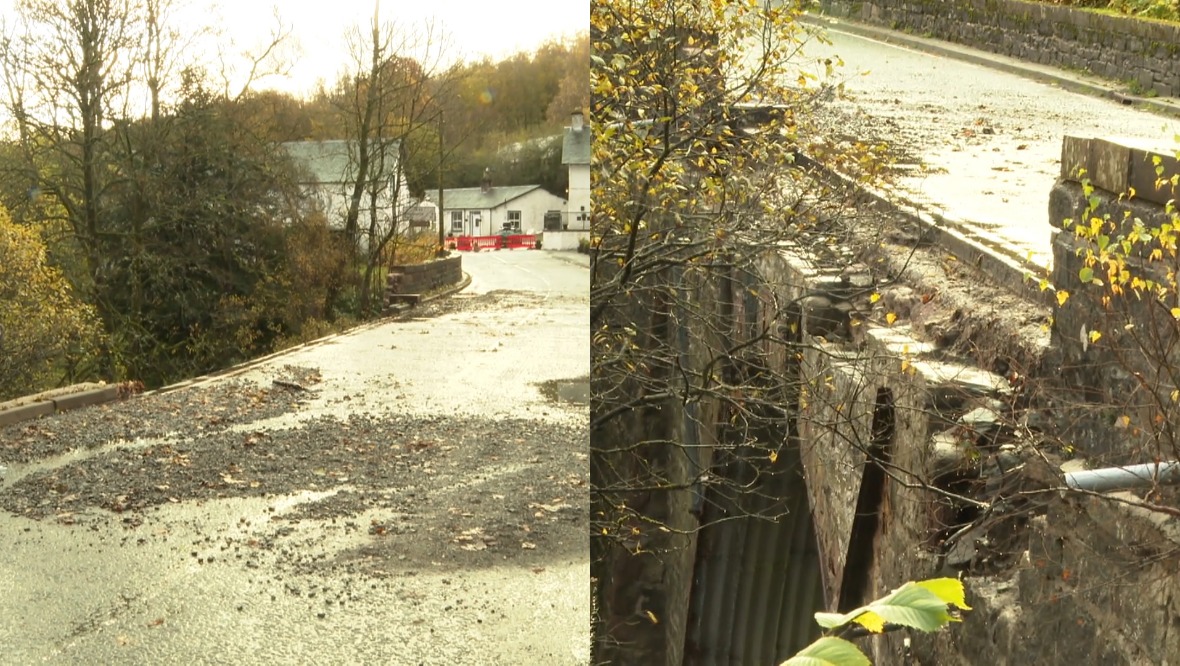 Torrential rain has led to the partial collapse of a bridge in Perthshire.

The A93 linking Blairgowrie and Glenshee has been closed after a wall on the Bridge of Cally was swept into the River Ardle on Sunday afternoon.

Pressure of water and the build up of debris at the drains after days of heavy rain are thought to have been too much for the parapet.

A driver tried to cross the bridge when the water was at its height and the car became stranded, but luckily it was recovered safely.

“We’ve had the bridge flooded before and quite high, but this is the worst we’ve ever seen so it’s a good message to the Cop 26 that on a local level this is what can happen,” said Perth & Kinross councillor Bob Brawn, who runs the local Post Office.

“We know climate change is here and we need something to be done, there’s no doubt about that, so if they want to see something that’s happened in Scotland, come to Bridge of Cally.”

The snow gates at the Spittal of Glenshee, which were previously closed to reduce traffic flow in the area, have reopened.

Also in Perthshire, a burn which runs through the town of Alyth burst its banks on Sunday afternoon.

Sandbags and flood gates were deployed to protect homes and businesses and the water receded overnight, avoiding a repeat of devastating flooding in the summer of 2015.

Estate rapped over evidence of wildlife crime against birds