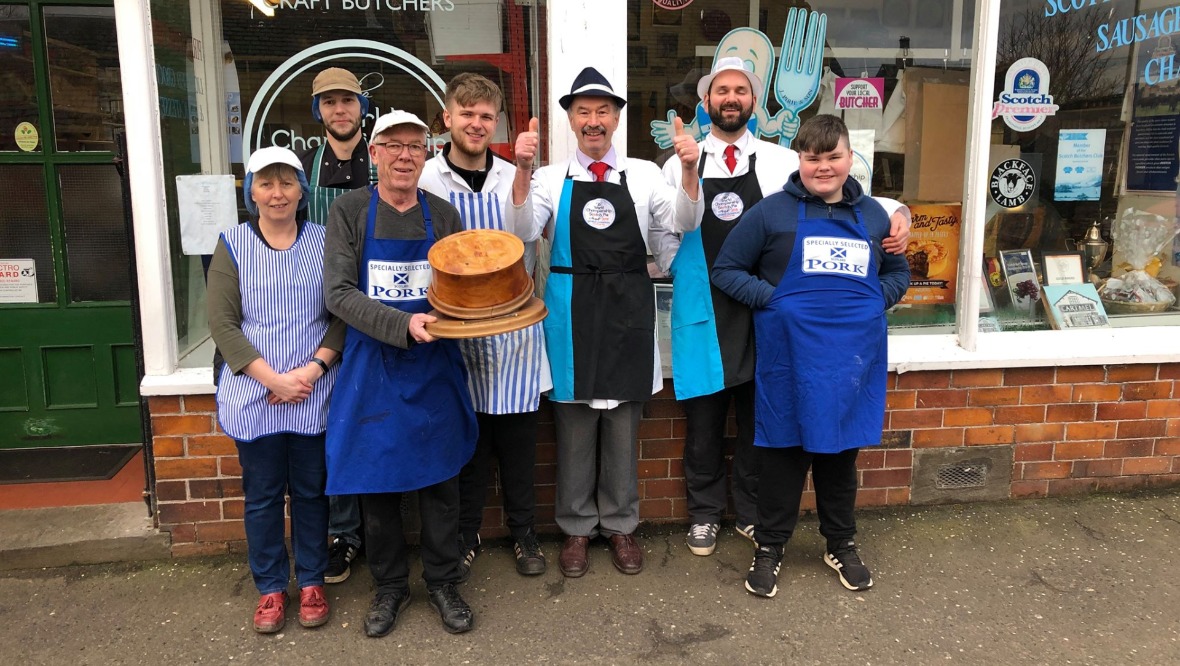 A butcher from Perth and Kinross has become a two-time world champion after again taking first prize at the Scotch Pie Awards.

James Pirie & Son claimed the coveted title at a ceremony in Cumbernauld on Tuesday, hosted by TV presenter Carol Smillie.

More than 75 professionals lined up to put their pies into the hands of judges in November.

In 21 years of the competition, only three other pie makers can lay claim to doing the double.

Alan Pirie, from the winning firm, said, “Well, I was not expecting that. We won, again, I am speechless.

“Today is proof that all our hard work is worth it. I am really looking forward to the year ahead and to selling more of our champion pies than ever.”

Ian Nelson, who oversaw the judging process, said: “The standard keeps getting better each year.

“All our winners deserve the accolades they have taken home today.”