Soldier gave up army and joined choir after cancer diagnosis

John Culling says the Maggie's Centre choir has helped him come to terms with his diagnosis. 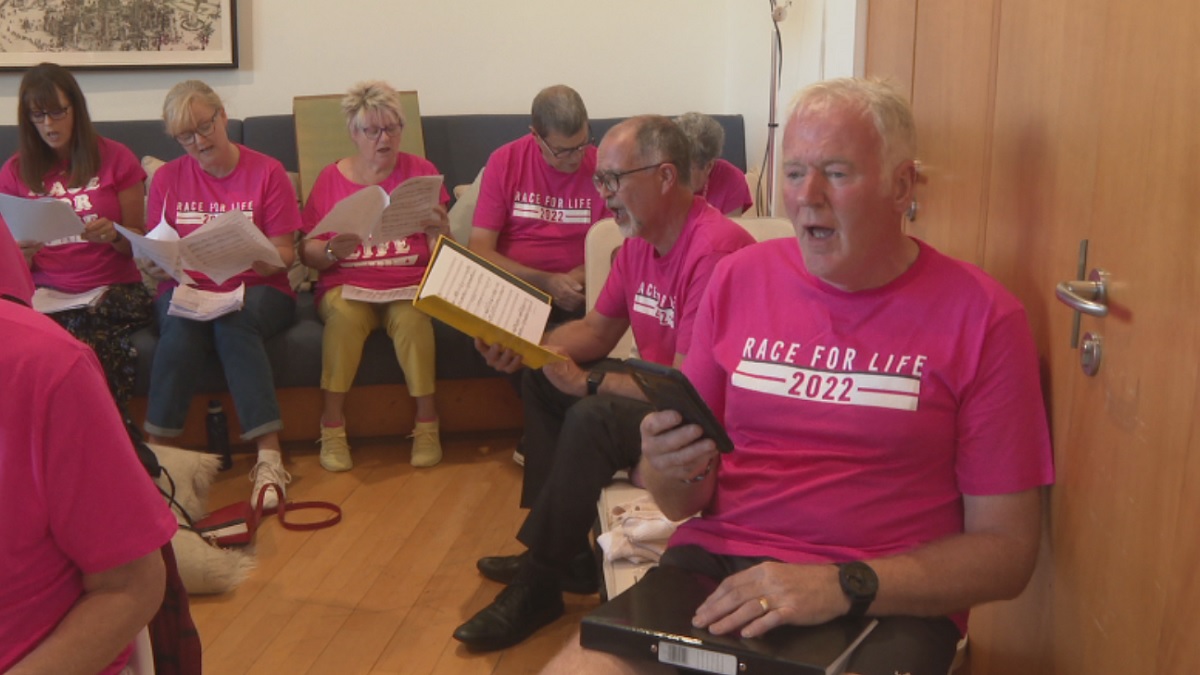 John Culling found out he had prostate cancer in 2019 aged 60. After struggling with his mental health, he was supported by the Maggie’s Centre, where those affected by cancer have come together to form the Just Sing! choir.

“The diagnosis basically took the legs from me,” he said. “I was a very fit 60-year-old at the time, a serving soldier, and was then given this diagnosis.

“It took a long time, about six to nine months, to get used to that idea and then just push back and say ‘it’s not going to beat me’.

The group was put together by a doctor who supports cancer patients at Ninewells Hospital in Dundee. Founded in 2019, they now have around 20 people who turn out weekly to sing.

“For some people, it’s the first time they may have been to Maggie’s Dundee, so it’s a way to get people through the door where they can go on and seek further support,” said Dr Michelle Ferguson.

“Singing is good for people’s mental health, it’s good for their breathing, it’s good for getting people out of the house – perhaps people might have lost confidence if they’ve been unwell.

“It’s good for making friends a sense of community.”

The choir will be performing at Dundee’s Cancer Research UK Race for Life event at Camperdown Park this month to help raise funds for cancer research.

More than £90,000 is expected to be raised by participants in the event on Sunday, September 18.

It’ll be the first time the choir have all sang together as a group in public.

“Everyone with cancer is going through a journey,” said Mr Culling. “This helps them through that journey and there are lots of other people with other cancers who can help along the way.”