Emergency services were called to the scene at the New County Hotel, Perth, at around 5.02am on Monday. 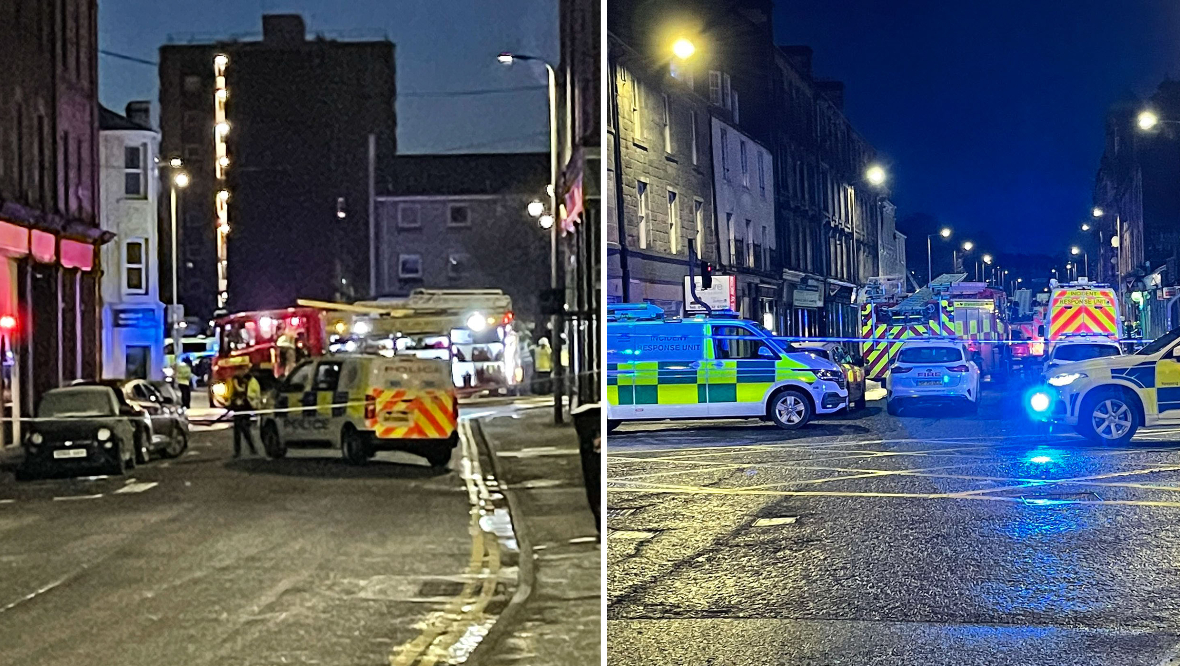 Three people and a dog have died in a fire at a Perth hotel on Monday morning.

Emergency services were called to the scene at the New County Hotel, County Place, at around 5.02am on January 2.

A spokesperson for the Scottish Fire and Rescue Service (SFRS) confirmed to STV News that at least three people and a dog died in the fire.

A number of others were treated for minor injuries by the Scottish Ambulance Services.

The blaze has been extinguished, but crews remain at the scene to carry out safety checks.

Police Scotland confirmed a “number of guests” had been evacuated from the building, alongside two people from a neighbouring block of flats.

Chief superintendent Phil Davison said: “Our thoughts are very much with the families and loved ones of those who have died at what is a very difficult time for everyone.

“Our enquiries are ongoing to establish the full circumstances of what has happened and officers are conducting a joint investigation with the Scottish Fire and Rescue Service.”

Mr Swinney, the MSP for Perthshire North, tweeted: “My sympathies with all affected by this tragedy.”

Local MP Pete Wishart said the fire was “simply awful news at the beginning of the year when so many people are out celebrating”.

Mr Wishart, who represents Perth and North Perthshire, added: “My thoughts are firmly with the families and friends of the victims.

“When the news broke, we all hoped that everyone would make it out and would be accounted for. This is the last thing that anybody expected.

“I know the people of Perth will be devastated by this news and would like to extend their deepest sympathies to those affected by this tragedy.

“Can I also thank the emergency services who attended the scene in such numbers.”

Deputy leader of Perth & Kinross Council, councillor Eric Drysdale, warned members of the public that it was a “very serious incident”.

He added: “All announcements regarding any confirmed casualties will be made by the emergency services.

A spokesperson for the Scottish Fire and Rescue Service said: “We are currently in attendance alongside emergency service partners at a commercial building fire at County Place in Perth.

“Operations Control mobilised nine fire appliances to the scene after the alarm was raised at 5.02am on Monday, January 2.”

A Scottish Ambulance Service spokesperson “We received a call from Scottish Fire and Rescue Service of a fire at the New County Hotel in Fife at 5.05am.

“We responded with 21 resources including our Special Operation Resource Team, with our first resource on scene at 5.12am.”