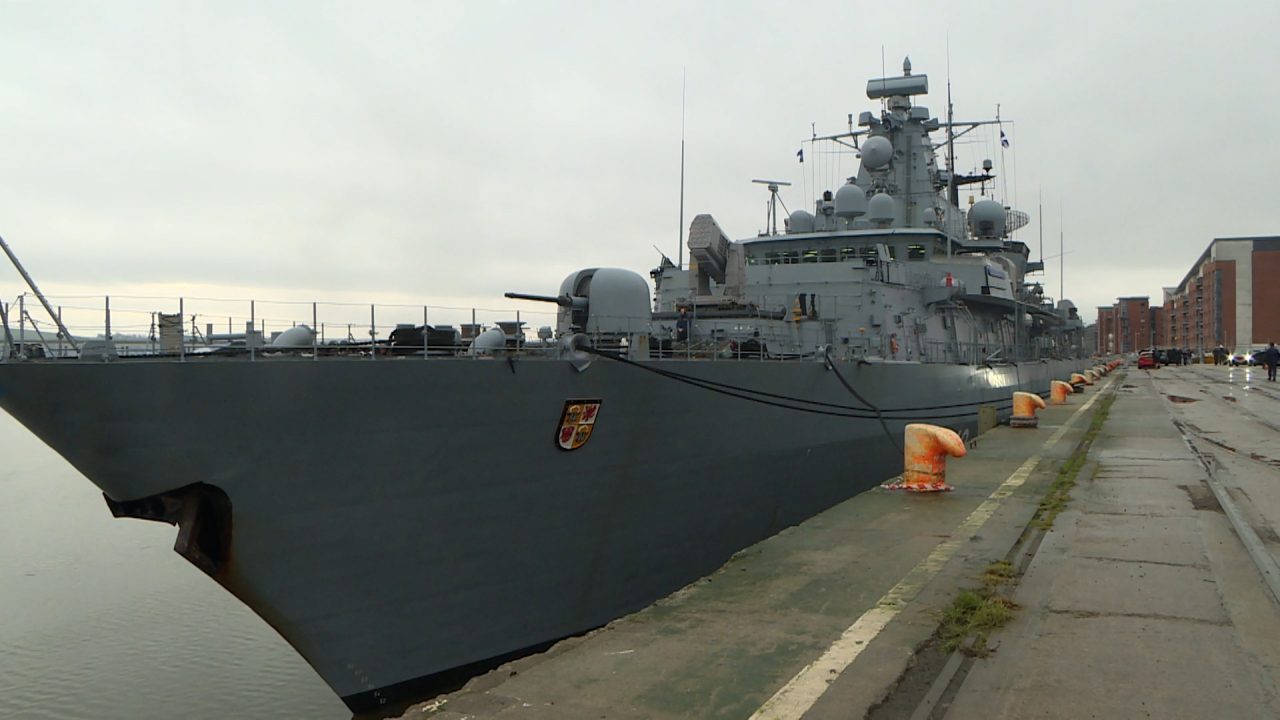 Three NATO warships from Germany, Poland, and Britain have docked at a Dundee port.

They arrived in the city on Thursday morning and are expected to stay until later this week.

According to the Royal Navy, the visit enables the crews to take a break and allows for a logistical replenishment of the ship’s stores.

During their stay, crew members visited the City Chambers and met with Lord Provost Bill Campbell.

“It has been an honour to welcome the three NATO ships,” the Lord Provost told STV News.

“We are delighted to have the three ships here, and they are welcome to return to the city at any time.”

The crew also paid their respects at the International Submarine Memorial.

“The HMS Portland is a Type 23 frigate. She’s capable of a full range of maritime operations but specialises in anti-submarine warfare,” explained Commander Ed Moss-Ward of the Royal Navy.

The SNMG1 is currently spearheaded by the German vessel FGS Mecklenburg-Vorpommern, captained by Commander Hendrik Wissler of the German Navy.

“We took over flagship duties in January this year and will be the flagship for six months,” he elaborated. “It’s been a routine port visit for the force.”

This is not the first time NATO ships have visited Dundee. It follows a similar stopover from March of last year, when another four ships from the SNMG1 docked in the port.