Bird stop at Montrose Basin every year while travelling south from Greenland and Iceland. 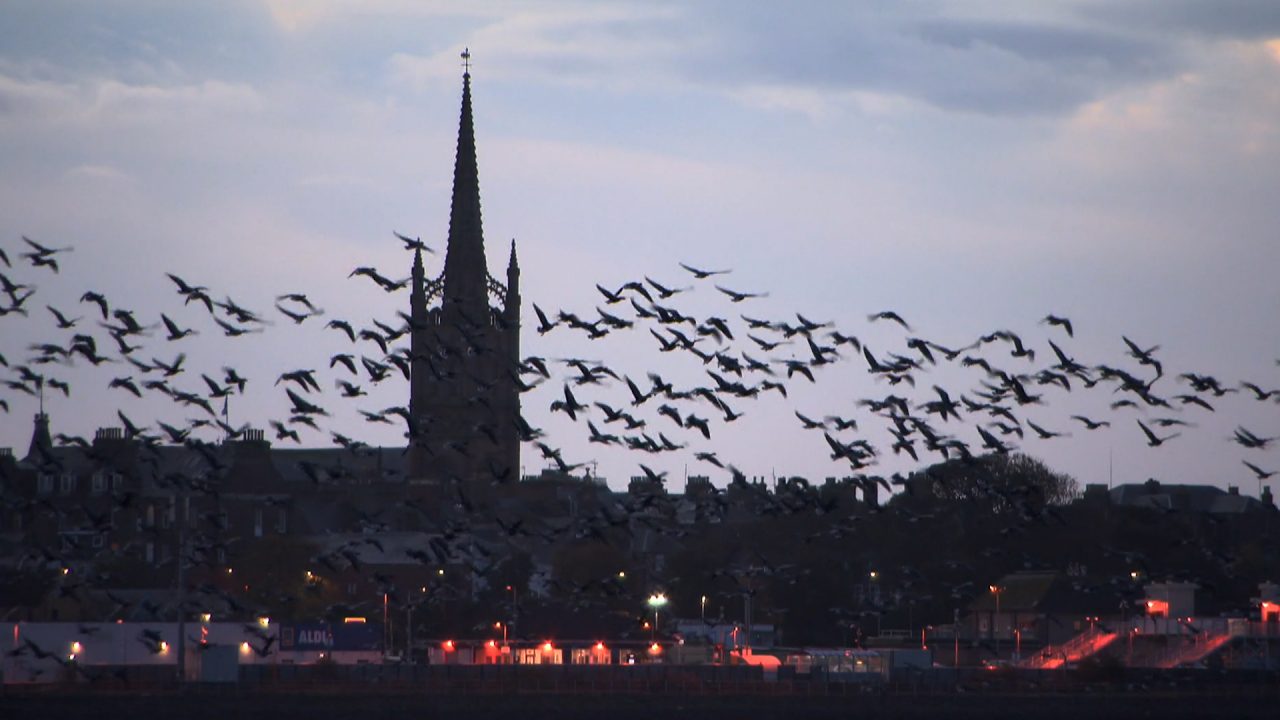 Tens of thousands of pink-footed geese have been arriving in Montrose as they migrate south for the winter.

So far, more than 37,000 have been counted, with more expected to arrive in the coming weeks.

Every year, the birds stop off at Montrose Basin after flying in from Greenland and Iceland.

They typically remain in Angus for around ten days, eating leftover crops from nearby fields, before continuing their journey.

Richard Averiss, ranger for the area, said: “This never really gets old for me – the sun bouncing off their wings as they fly off is really magical.

“It’s not very often that you get a chance to see a mass migration, you could get up to 90,000 birds lifting off.

“These kind of numbers are something you only see on the east of Scotland, and not so much in other parts of the country.”

Pink-footed geese travel in a ‘V’ formation called a skein, made up of a few generations of each bird’s family.

Mr Averiss said: “They like the basin primarily because we’re in an arable area, they use the basin itself as a secure roost.

“It’s such a big area, that’s why we get so many, they feel secure in the middle of the basin.

“It’s quite interesting that every year the birds will land in the same fields around Montrose – the birds remember from the years before.

“Then they move down the UK down to Norfolk, where they stay for Christmas and new year.”

Locals say it’s a sight not to miss, but those who don’t normally get a second chance to see them on their way home in the spring.