The Village Cafe, in Ceres, aims to tackle social isolation and loneliness by providing free lunch to customers once a week. 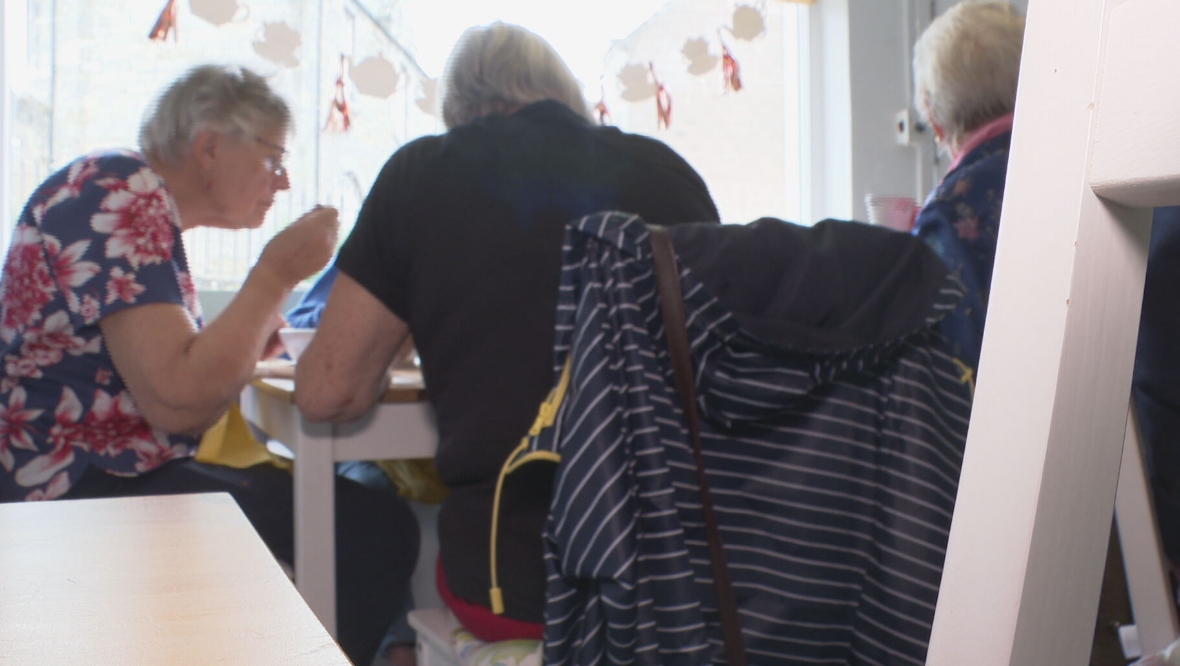 A community run café in Fife is serving up a mental health boost to its local residents.

The Village Cafe, in Ceres, is providing a free lunch each week to help tackle social isolation and loneliness.

Good Companions Lunches run every Monday between 12pm and 2pm.

Kim Mitchell from The Village Cafe told STV News: “It’s setup for people in the community and surrounding community that have been isolated during lockdown, or now that we’re out of lockdown, but still feel isolated.

“[It’s for] all ages, from young people right up to older retired people and we’re here also to support them if they’re needing anything.

“A chat about something that they’re unsure about or if they want to just sit and read a newspaper, anything like that.”

Described as the beating heart of the community, the Village Cafe launched in 2018 and is mainly run by volunteers.

But the Good Companions Lunches are relatively new, having only started in May, after receiving grants from The Scottish Government’s Wellbeing Fund and Fife Voluntary Action Group.

Karen Young, director of The Village Cafe said: “You know it’s not just the older part of the community, [it’s] the younger part too where we’ve done things with the local school before and other areas like the cubs.

“We’ve provided Jubilee afternoon tea for them too, so we want to expand that and maybe bring old and young together and just try and make sure that it really does become a true hub for the community and help people.”

Plans are now underway for the community to purchase The Village Cafe building with crowdfunding well underway, allowing them to expand their provision in the months ahead.