Theo and Joseph Miranda have raised thousands for Ukrainians after performing in Dundee city centre. 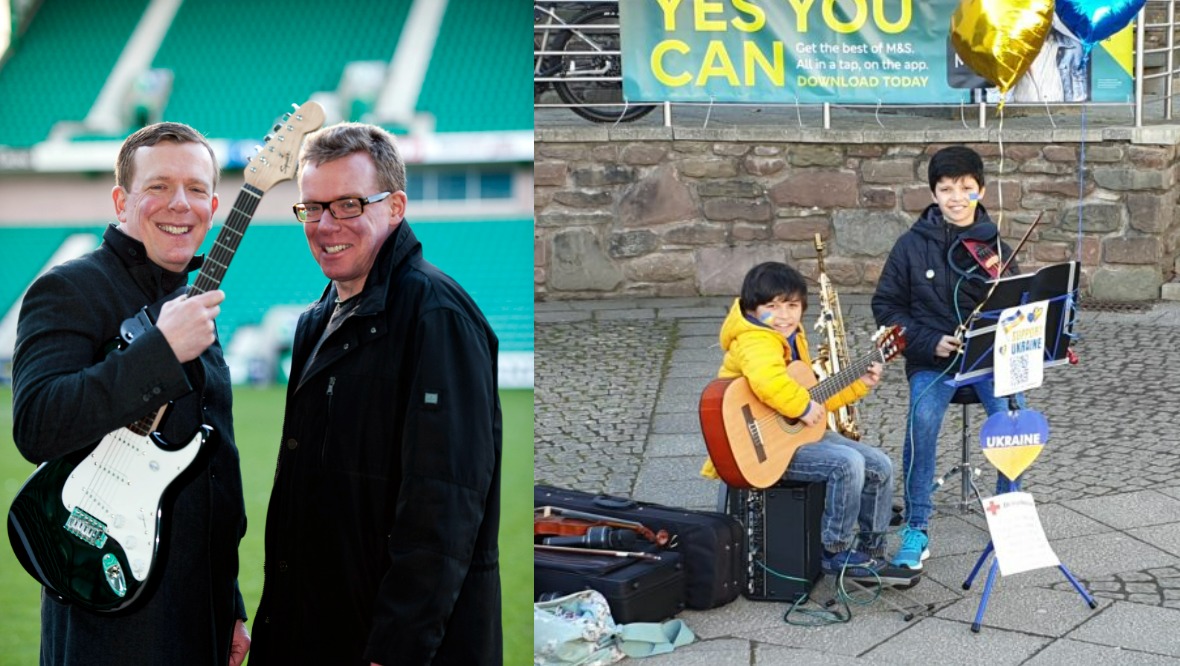 Two young brothers from Dundee have been using their musical talents to help raise funds for Ukrainians.

Theo Miranda, eight, and Joseph, 12, have been playing the violin, guitar and the saxophone in the hope of inspiring people to help.

Joseph said they felt compelled to lend a hand as best they could after watching people caught up in the conflict on the news.

The schoolboy told STV News: “We wanted to go out and perform in Dundee at the weekend because we saw what was going on in Ukraine and we wanted to help.

“We thought that we can play some instruments, so we went out and did that.”

His brother Theo said he enjoys the chance to entertain locals alongside his sibling.

Theo said: “Joseph plays most of the songs, he plays in every single one of them and I play a little bit of guitar and violin.”

The musical duo spend hours of their own time rehearsing each performance at home.

And their efforts have paid off with more than £2500 raised so far for the Ukraine Humanitarian Appeal.

The response from the Dundee locals has given the boys a big boost.

The boys’ rendition of ‘I’m Gonna Be (500 miles)’ has also grabbed the attention of another famous Scots duo.

Joseph said he was amazed the stars noticed their work.

He said:  “We’re really happy… we’re both Scottish, both brothers, both musicians and it’s helped our fundraising page reach a lot more people and has boosted our donations as well.”

Both Theo and Joseph plan to continue playing music and completing acts of kindness.

They’ll be heading to Fife this weekend to perform in St Andrews where they’re hoping to raise more funds for those most in need.