Tens of thousands of pink-footed geese flock to reserve

A total of 84,400 geese were counted at Montrose Basin Wildlife Reserve on Monday. 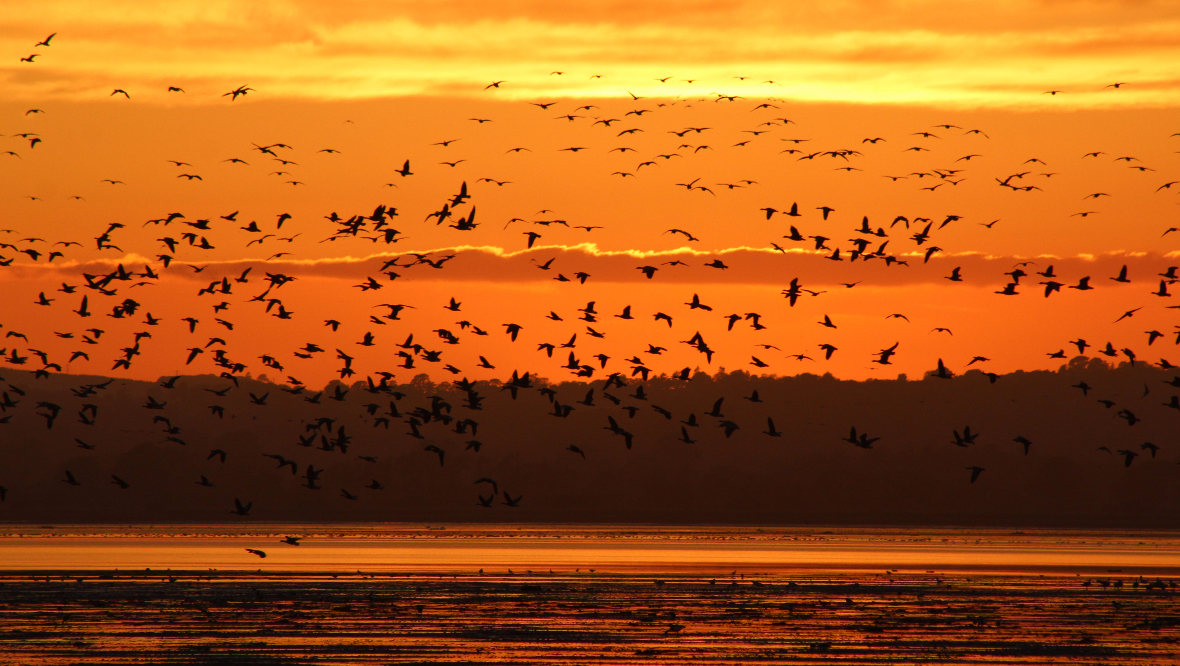 Tens of thousands of pink-footed geese have flocked to Montrose Basin Wildlife Reserve in near record numbers.

The count comes ahead of Sunday’s Icelandic-breeding goose census, a coordinated national survey across several locations led by the Wildfowl & Wetlands Trust.

Anna Cowie, Montrose Basin ranger, said: “Having so many pink-footed geese on the basin shows that we are providing a safe resting place for them after a long journey over the sea.

“They are also reliant on good breeding grounds in Greenland and Iceland, as well as suitable wintering sites in England. This demonstrates the importance of maintaining healthy habitats in several countries for migrating birds.”

The birds pass through the Angus reserve every autumn on their long migration from Iceland and Greenland to wintering sites in England.

They roost on the basin overnight, and disperse into surrounding farmland to feed during the day.

Ms Cowie added: “It’s hard to describe the noise of the geese on the basin when they are gathered in such high numbers. They are a fantastic wildlife spectacle and it’s always a little bit sad when they leave.

“They have arrived relatively early this year so we’d expect that their numbers will start to tail off in the next few weeks.

“Even after the geese head south there will still be plenty of birdlife to see on the reserve, from large numbers of wintering shelduck and wigeon to the resident kingfisher which is being spotted regularly from the visitor centre.”