Teenager beats the odds and wakes from coma after van collision

Flynn Scott’s family feared the worst after being told he was in a critical condition after a crash on May 29. 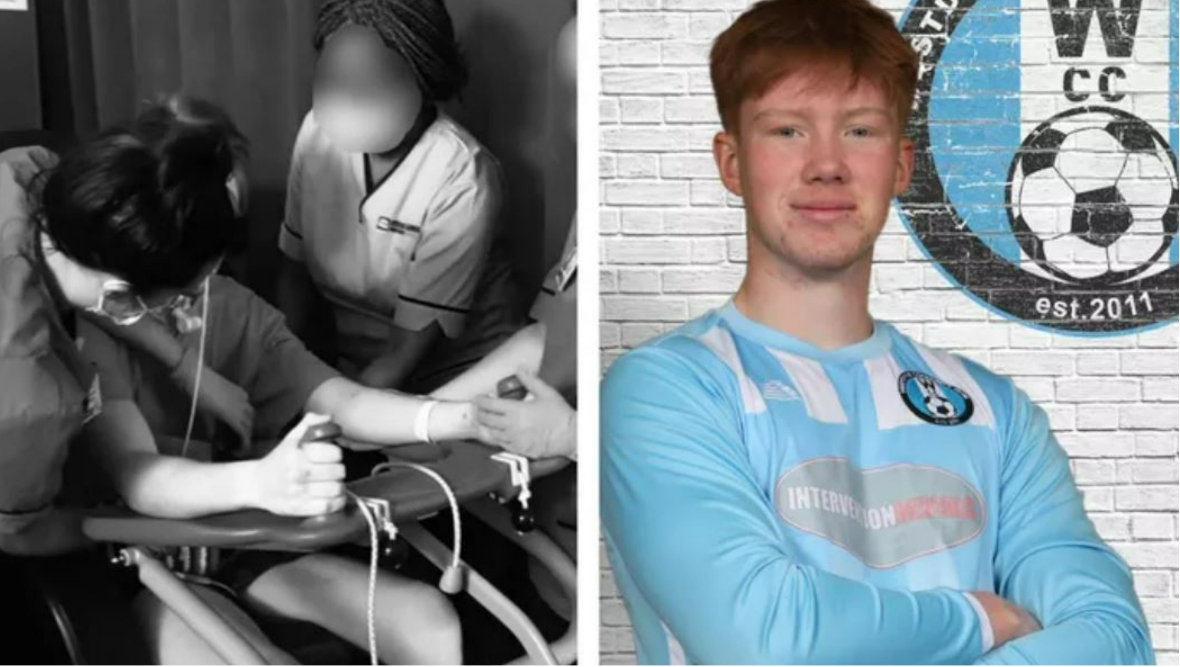 A talented young footballer who was left in a coma after being hit by a van has thanked the medical staff who helped to save his life.

Flynn Scott’s family feared the worst after being told he was in a critical condition after the accident between Aberdeen and Alford on May 29.

The incident is being investigated by the police watchdog after it emerged the 18-year-old was helped by police who picked him up after a night out with friends in Aberdeen.

Against the odds he has now regained consciousness and thanked those caring for him at the city’s Royal Infirmary.

A fundraising page set up by his loved ones to raise money for the hospital’s intensive care and neurology unit has already gathered more than £8,000.

“Thank you to all of the doctors and nurses for looking after me,” Flynn said.

“I hope that the money raised on my GoFundMe page will help others who are going through bad times.”

His mum, Kay Scott told STV News: “The medical staff have been pushing Flynn on at a remarkable rate which has resulted in such quick progress.

“As a family we could not be more proud of our ‘miracle boy’.

“We hope that his story of hope, courage and sheer will to live will bring comfort to others who may find themselves in this tragic situation.”

Flynn, who is captain of the Westdyke Community Football Club under 18s, had just finished sixth year at Cults Academy.

He had been accepted to study International Football Management at the University Campus of Football Business’s Etihad Campus in Manchester.

A fan of Chelsea FC, Flynn received a letter from the club’s captain, Cesar Azpilicueta.

It reads: “On behalf of everyone here at Chelsea, may I take this opportunity to pass on our best wishes to both you and your family.

“I can only imagine how difficult it must be during this time, but please know you are in our thoughts.

“My teammates and I are all sending you great strength and support.

Police Scotland had appealed for witnesses to come forward following the crash.

A Police Scotland spokesperson said: “The matter has been referred to PIRC and therefore it would be inappropriate to comment further.

A PIRC spokesperson said: “About 1.55am on Sunday, May 29, an 18-year-old pedestrian was struck by a van and critically injured on the A90 near Aberden.

“The PIRC is investigating police interaction with the injured party in the lead-up to the collision.

“Following our investigation, a report will be submitted to the chief constable.”