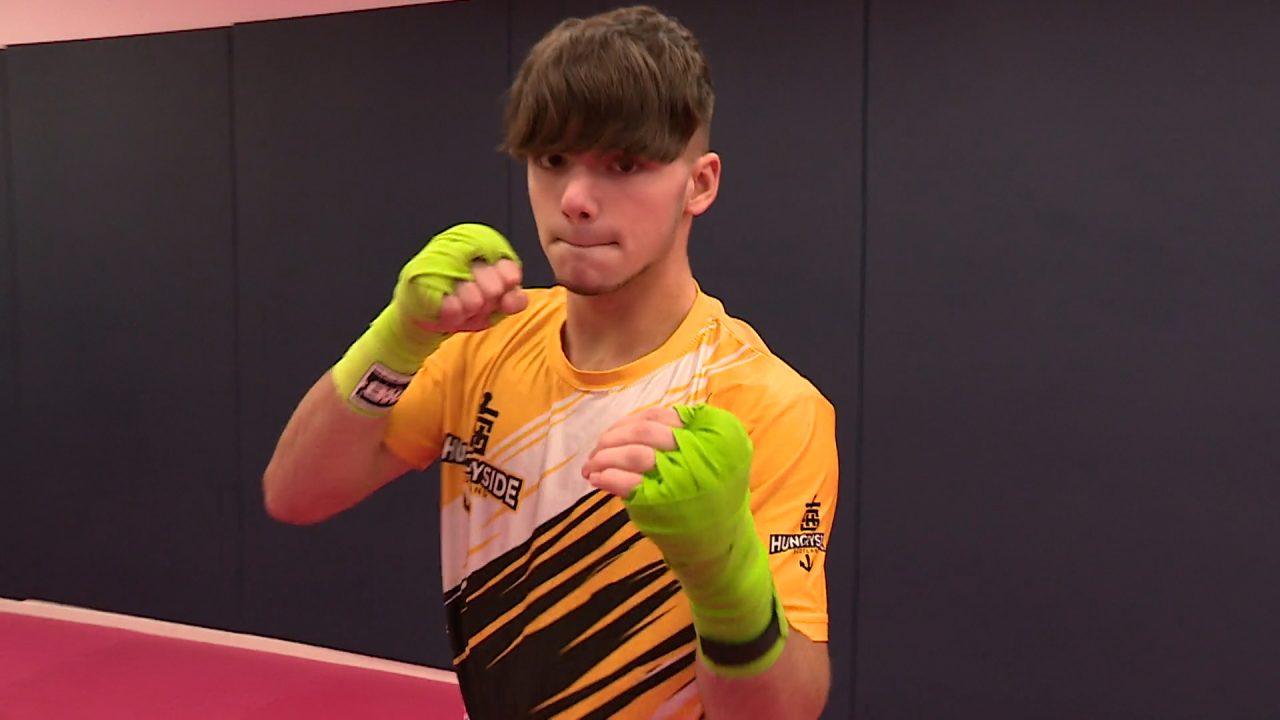 A teenage Muay Thai boxer has become the first junior to hold Scottish, British and European titles at the same time.

Rudy Da Silva has won the three championships over the past 12 months as he makes big waves in the sport.

The feat is even more astonishing because the 15-year-old from Aberdeen is a relative newcomer to Muay Thai boxing, having only started three years ago.

His stunning success has made him determined to become a professional.

Rudy said: “Covid happened, so we had a year off basically, and in that time I thought to myself ‘do you want to take this really seriously?’.

“I made the choice to devote all my time to it – I hope to go professional before I turn 18.”

The teenager now faces a step up before Christmas when he takes part in his first fight with head contact on December 17.

“It feels amazing to be from Aberdeen and be the first in the world to do it this [hold the three titles] – it’s really incredible,” he said.

“It’s a brutal sport, but I do think it’s beautiful, it’s quite an art.”

Most of the major Muay Thai competitions are based in England, but coach Andrew Rose believes Rudy and other young Scots are starting to make an impression.

He said: “Most of the talent is down south, so the guys and girls maybe didn’t have as much exposure when we started going to competitions.

“But we’ve been training hard, we’ve seen the level we need to be at and are now there, getting the recognition we deserve.”