Callum Bowie, a student from Banchory, now has 1.8 million likes after posting his first video on the social media app in January. 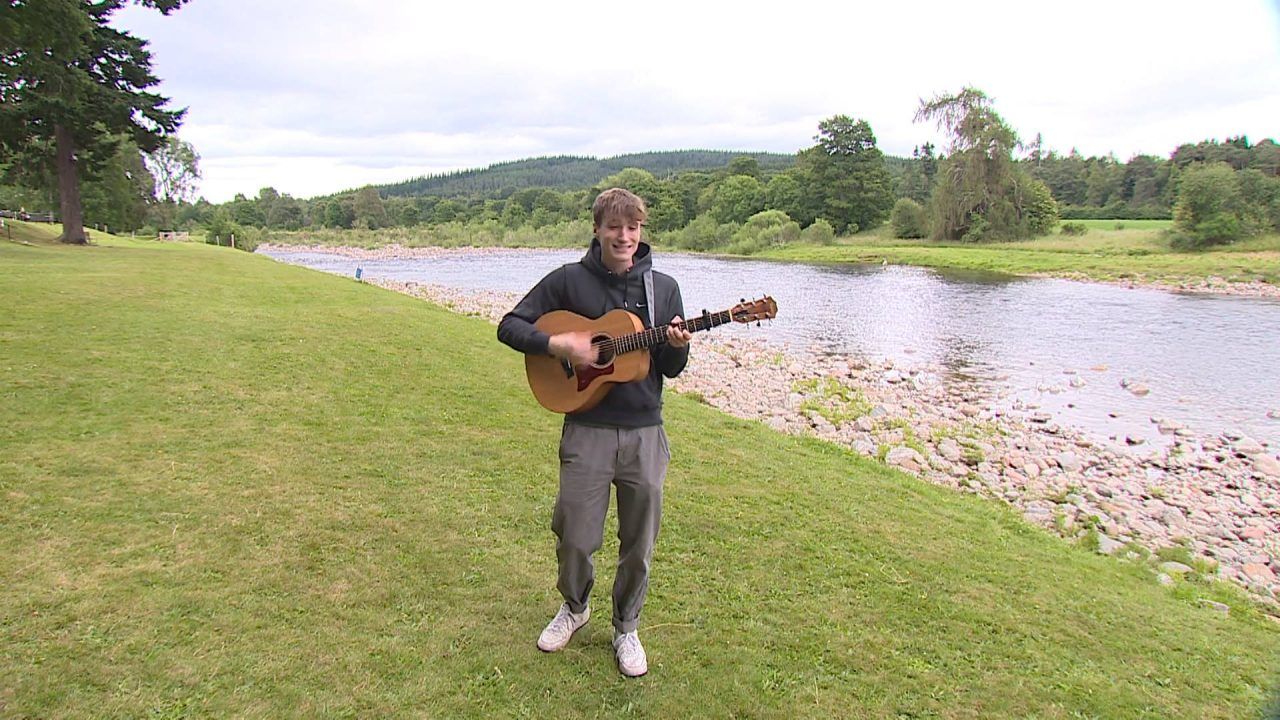 By Brandon Cook and Fraser Nicoll

An Aberdeenshire singer songwriter has turned to Tik Tok in the absence of live gigs, amassing over 1.8 million likes during lockdown.

Callum Bowie, a student from Banchory, posted his first video on the social media app in January.

He said: “I posted one and it did OK and I just did a lot of covers and it actually gained quite a lot of traction.

The app grew in popularity during the pandemic, setting video trends and launching careers including Scottish Seashanty star, Nathan Evans.

The 20-year-old has also had praise from some of the country’s biggest stars.

“It’s been surreal to be honest,” he told STV News. “It’s all happened really fast.

“I’ve had a few comments from cool people like the Snuts and Amy Macdonald.

“It’s really weird, and I don’t really know what to think of it because I’m like ‘they’re looking at my videos?’”

After starting to write songs at the age of eight, the young singer has now released an EP inspired by growing up in his hometown.

“I’ve very much a Banchory loon,” he said. “It’s very much where I get most of my inspiration from.

“Almost all my songs are Banchory-based, and talk about Banchory and home.”

But while posting online has gained followers and praise – like all musicians – Bowie is most looking forward to playing live again.

“I just can’t wait,” he said. “I have some stuff coming up which is really exciting, but it’s going to be weird to see how it differs from the gigs before lockdown.

“I was very nervous when I first started playing gigs – when I was 17 or 18 – and I was just getting comfortable being able to play more.

“Lockdown came and I was asking myself how I was going to perform – so it was so well-timed in finding Tik Tok.

“It’s still me getting to play and doing what I enjoy.”