Lily Douglas, who has lived with cancer for four years, helped her team win the Dance World Cup. 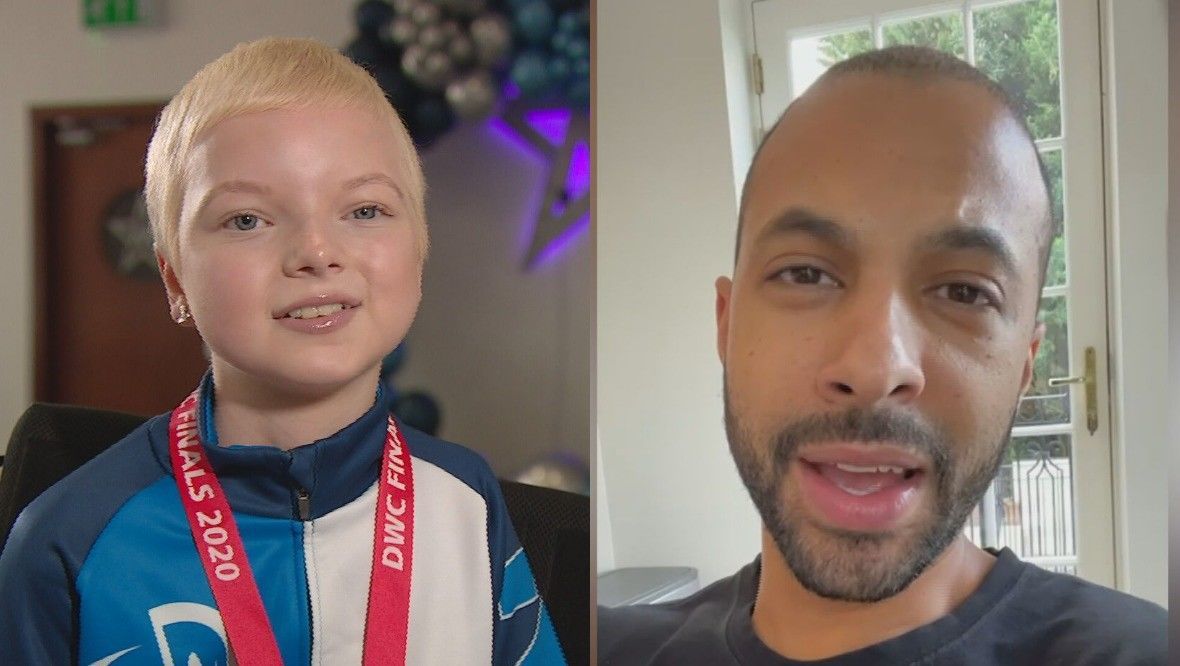 A teenager who is battling cancer has received a message from Marvin Humes after she won a prestigious dance award.

The JLS star sent a message of support to Lily Douglas after she helped her troupe take top prize at the Dance World Cup as some of her closest friends cheered her on.

The achievement was made even more remarkable by the fact the 13-year-old, from Perth, has been living with an aggressive form of cancer since she was nine.

And for Lily, who has been dancing for as long as she can remember, the win means more than just a glittering trophy.

Speaking to STV News, she said: “I didn’t expect it at all as I didn’t know when I was going to be back on stage or dancing or singing, so it was just good to have a moment to like dance and sing.”

Lily, who currently uses a wheelchair whilst living with the rare cancer called ewing sarcoma, performed as part of a dance troupe who were thrilled to have the talented teen back on stage.

Carmen and Ava Judge from McKechnie School of Dance said it was “incredible” to see the schoolgirl take part in the winning routine.

They said: “In the dance we turned to look at each other and seen Lily smile and it was incredible. She was enjoying it so much.

“She was buzzing. There’s a video where we’re all singing then do a group hug. It’s so good.”

And Nadine McKechnie Judge, who runs McKechnie School of Dance, said: “To see a full team together, dancing together and having Lily being part of that, was just the best feeling in the world. She was the star. She was the star of the troupe and I’m so proud of her.”

Also understandably proud of lily, was her mum Jane Douglas, who said: “Last year she couldn’t even speak, she couldn’t sit up herself, her whole left side was completely paralysed and she went through a really tough time.

“She was just about three stones. We started a trial in London at The Royal Marsden which unfortunately didn’t work.

“Her doctors can’t believe how well she is. It’s really, really good news.”

Lily is now feeling better ‘every day’ and looking forward to seeing her favourite band for her upcoming 14th birthday.

She said: “I’m feeling good. I’m feeling better every day and I am practicing my walking and stuff, and I am really hoping that I can walk again.

“I am going to see JLS for my birthday and I can’t wait to go because I love them so much.”