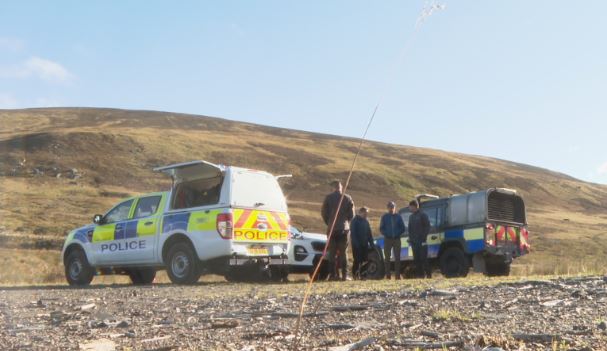 The number of people rescued from the hills in Tayside has doubled in the last three years.

Tayside Mountain Rescue said more people were making use of the great outdoors following the pandemic, but it’s led to a sharp increase in call outs.

The group – made up of police officers and volunteers – are now urging climbers to do their research and be prepared.

Paul Morgan, from Tayside Mountain Rescue, told STV News: “The Glens have become an awful lot busier over the last couple of years because of Covid.

“We’ve had more people that have been getting into difficulty and needing help, so our training is based entirely around what we deal with, and trying to predict the future as well.”

Tayside Mountain Rescue has responded to 60 shouts so far this year, compared to just 30 by this stage of 2019.

The team is also seeing an increase in the number of mountain-biking injuries as popularity for the activity grows.

Mr Morgan said: “People are taking to the hills in lots of different ways now that maybe two or three years ago wasn’t something they’d do.

“But mountain biking, high impact coming down tracks fast, colliding with trees and things like that, we are seeing some quite interesting injuries with that activity.”

One of the longest-serving members of the team is Blair Wilkie, who joined Tayside Mountain Rescue 19 years ago.

She told STV News: “I’ve always been out on the hills, I’ve always enjoyed hill-walking, so it’s really good to be able to help other people that might have got lost [or] injured themselves.

“Combining a hobby at the same time as going out and actually being able to help people makes all the difference, it makes it all very rewarding.”

She said: “It’s vital that, as a team, we are all on the same page, because although the sun is shining today and you can see quite clearly, there’s times when we’re out at 2am in a blizzard, you can’t see anybody, you can’t hear anybody.”