The rare moment was captured by amateur wildlife photographer Ron MacDonald in Aberdeenshire. 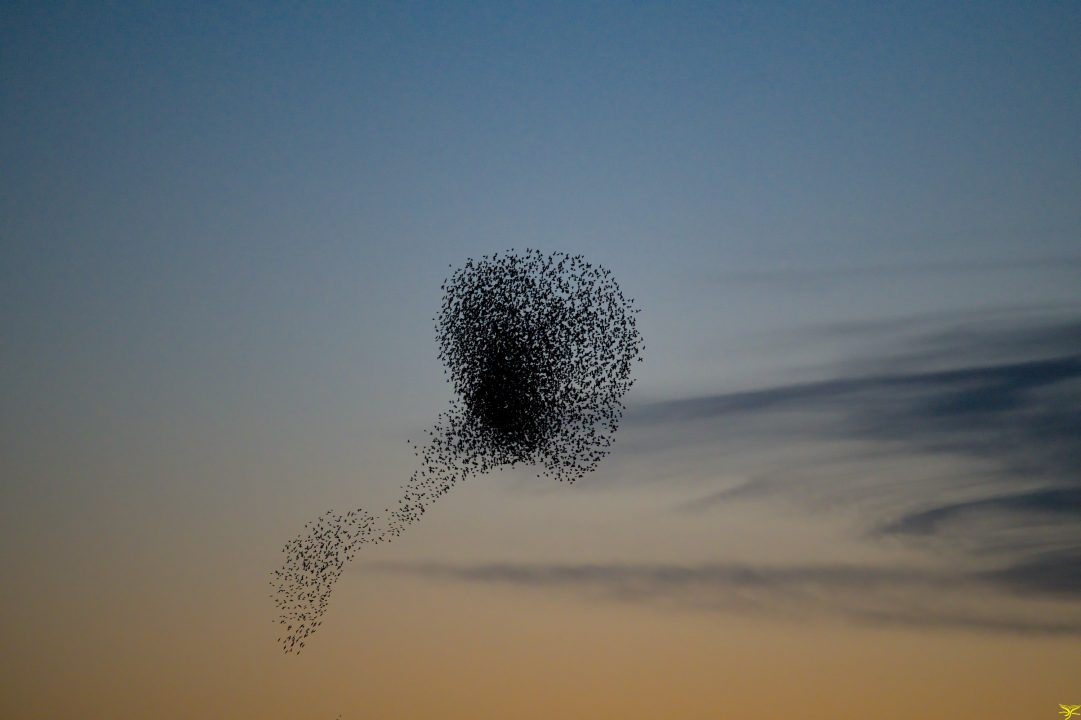 This mesmerising footage shows a huge murmuration of around 30,000 starlings swirling across a sunset.

The moment was captured by amateur wildlife photographer Ron MacDonald, 66.

He filmed the formation moving across the skyline in Ellon, Aberdeenshire, around 3.30pm.

Dad-of-four Ron took up wildlife photography when he retired from his job at NatureScot in 2015 – but as a trained scientist he is committed to not intruding on the creatures he photographs.

He said some of the formations resembled an elephant, and some resembled Nessie.

Ron said: “I go up there every day at 3.30pm, this time of year that’s when it starts getting dark.

“They start whirling round and round, you can see dinosaurs and all sorts of shapes, and predators try to come in – there will be maybe four sparrowhawks, two peregrine falcons, and two buzzards.

“They have got different strategies for catching starlings.

“It is like a nature documentary – I’m very privileged to witness it.”

Rather than going to photography hides, Ron, from Newburgh, Aberdeenshire, prefers to try to be as still as possible when he photographs wildlife in its natural habitat.

“I only want to take natural photos, where I’m lying flat, I’m never going to knowingly disturb anything.”