The star is part of the Geminid Meteor Shower that peaked in Scotland on Monday night. 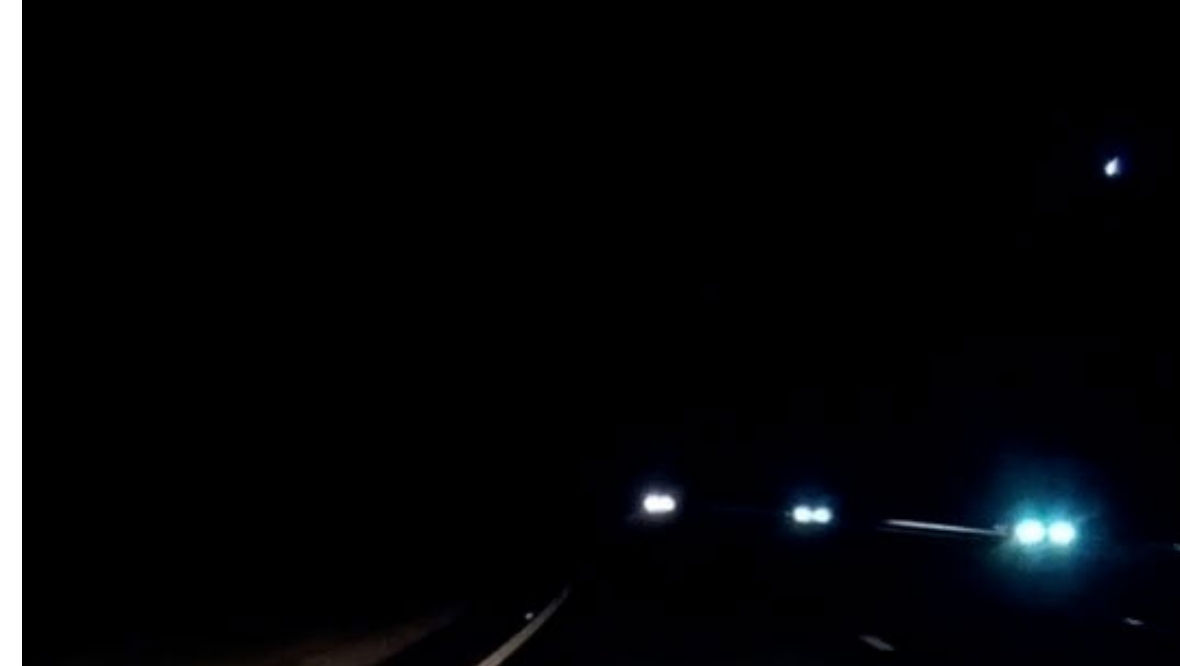 A shooting star has been caught on video lighting up the sky in Aberdeenshire.

The star, filmed from a car on the Aberdeen Bypass on Monday night, can be seen flying past the River Don through the dark night sky.

The display is part of the Geminid meteor shower – an annual event that takes place every December as the Earth passes through a cloud of cometary dust.

It’s considered to be one of the most impressive night-sky spectacles of the year, with as many as 100 meteors streaming through the sky an hour.

Geminids are known for being unusual as they are multi-coloured.

The source of the shooting stars is a stream of debris left behind by asteroid ‘3200 Phaethon’.