Dancer Brendan Cole will play Captain Hook and said he has "waited a long time to play the baddie." 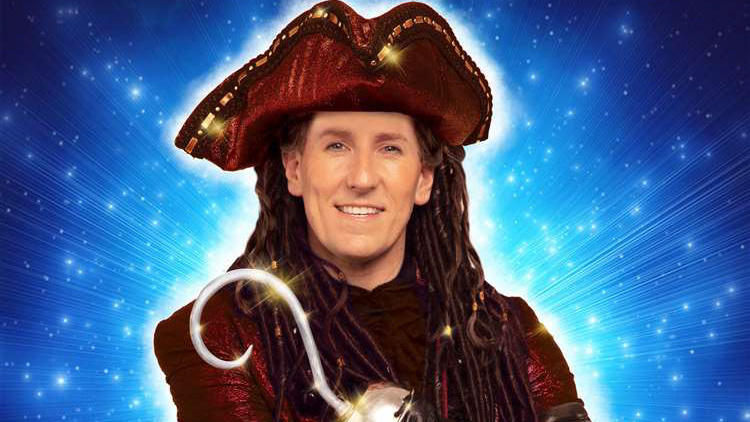 Former Strictly Come Dancing bad boy Brendan Cole has been revealed as one of the stars of this year’s His Majesty’s Theatre  pantomime in Aberdeen.

Brendan will be Captain Hook in The Pantomime Adventures of Peter Pan, and he says it will be the highlight of his year.

“I’ve waited a long time to play the baddie,” he told STV News as he appeared in costume at the panto launch in the city.

Strictly fans can be sure that Brendan will be dancing in the show.

“I don’t want to disappoint the angry mob of dance fans who will want to see me dance, so I’ll definitely put  in a few steps. I don’t know to what capacity but I will be floating across the stage.”

Alan McHugh is back for his 19th appearance as the panto Dame in the role of Maggie Celeste. He will be joined by  PJ Corrigan as Smee and Michael Karl-Lewis as Peter Pan.

Returning Aberdeen panto star Danielle Jam takes the role of Tinkerbell. She hinted that there will be plenty of  Doric in the show this year and that Tinkerbell is a fairy with loads of attitude .

She said: “The fans should definitely expect ten times as much Doric this time. We definitely had some infused last year, but this time the description is that Tinkerbell is a feisty Doric fairy that doesn’t take any rubbish from anybody.”

The actress spoke about her message for the audience.  “Tinkerbell’s main message is that we should all be there for each other especially after the last few years when we have not being able to be together.  I think is important that we show that camaraderie again – that we’re all a family.”

The Pantomime Adventures of Peter Pan runs from Saturday December 3 to Sunday January 8, and tickets are on sale now.