Stowaway squirrel catches lift from India to Scotland on boat

Zippy spent about three weeks on the vessel before it docked in Aberdeen's Clipper Quay on Tuesday. 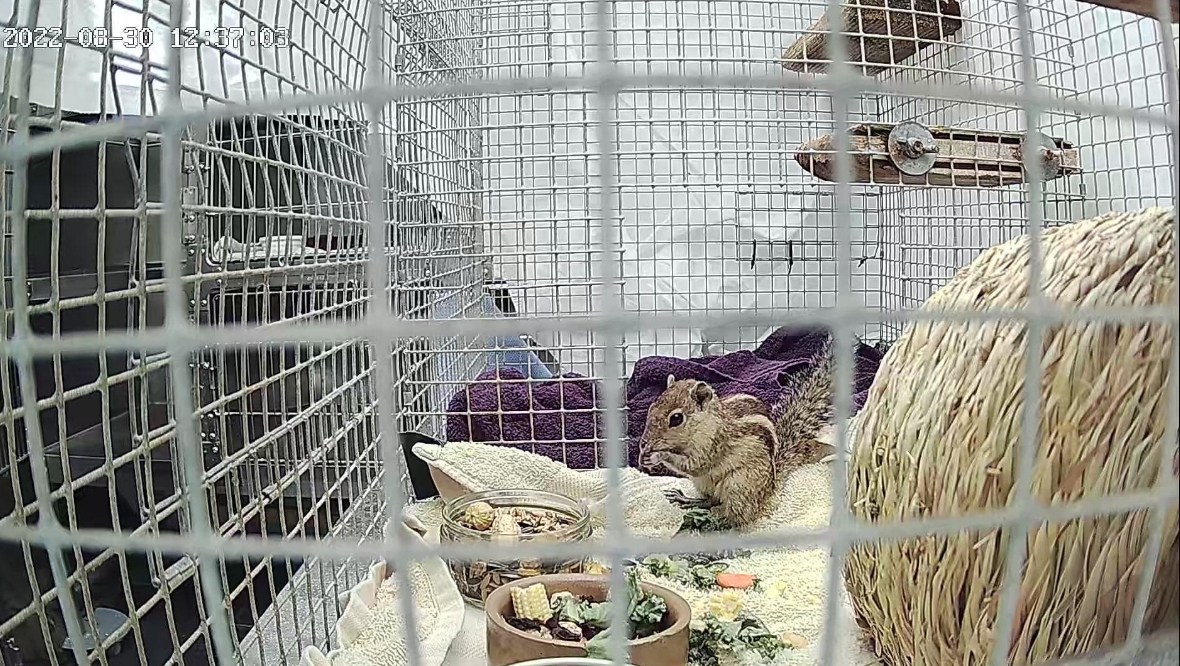 A stowaway squirrel who found refuge on a boat is finally back on dry land in Aberdeen following a long journey from India.

Zippy the Indian squirrel spent about three weeks on the Deep Explorer after making his way onto the vessel in India.

He was finally captured by the crew before the boat docked in Aberdeen’s Clipper Quay on Tuesday.

The North East Wildlife and Animal Rescue Centre (New Arc) charity was called for help by Pest Solutions in the city, who picked up the squirrel from the vessel.

Zippy, so named due being “very fit and active, and faster than a speeding bullet”, is said to be doing well after the voyage.

Palm squirrels, also known as three-striped squirrels, are one of many types of squirrel found in India.

In a social media post, the charity said: “Although stressed originally and having survived his three-week ocean trip from India in reasonably good condition, Zippy has now settled down and is already eating well.

“The task of finding him a specialist, permanent home, has now begun.”

Keith Marley, of New Arc, said: “He is doing well. He was a bit tired and panicked when he first came in, and stressed, but he had a good feed and seems to be behaving very much as a squirrel normally would.”

“We will be checking zoos to see if anyone has this variety of squirrel in their collection in the hope that we can donate him so he can live out his life with his own kind and will hopefully have a comfortable life.”

Master of the Deep Explorer, Maciej Wolinski, said: “Anyone who’s had a squirrel in their home knows how difficult they can be to capture.

“Our vessel team managed the situation safely and humanely, and we’ve made sure the squirrel is receiving the best possible care.

“We wish the squirrel well in finding its new home.”