More than 100,000 homes had their power cut off by Storm Arwen with trees damaging or bringing down electrical lines. 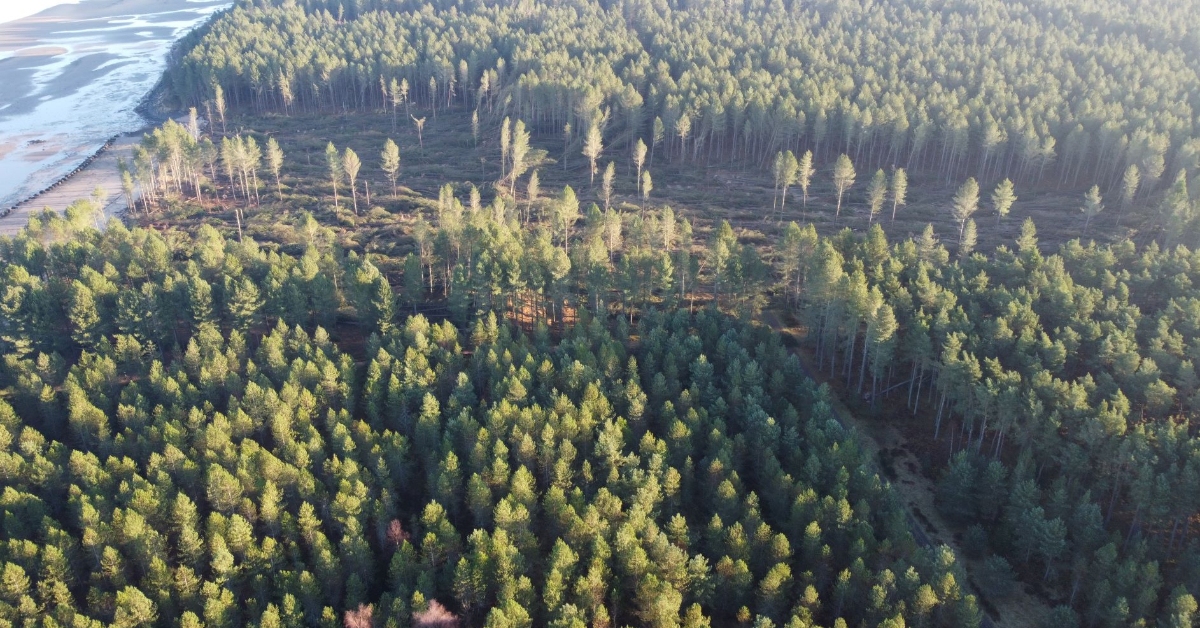 Adapting the country’s forests so as to better deal with extreme weather must be a priority after Storm Arwen, Forestry and Land Scotland has said.

Thousands of trees were felled during the strong winds on November 26 – with gusts of nearly 100mph.

The body responsible for Scotland’s public woodlands warned the public to avoid forests due to risk partially fallen trees posed.

Aerial drone footage from Countesswells Woods, between Westhill and Kingswells, in Aberdeenshire showed the extent of the devastating damage to the areas.

Based on climate science indicating an increase in frequency of winter storms, Forestry and Land Scotland is already working to adapt its forests to better withstand such events.

The organisation’s chief executive, Simon Hodgson, said: “The damage to forests caused by Storm Arwen should be seen as a shot ‘across the boughs’, giving us notice of what we might have to contend with in the years to come as the climate changes.

“The Met Office headline for future climate prediction is ‘a greater chance of warmer, wetter winters and hotter, drier summers’.

“Although we will be dealing with the impact of November’s storm for months, and even years, to come, it is a timely reminder that we are right to pursue forest adaptation.”

More than 100,000 homes had their power cut off by Storm Arwen with trees damaging or bringing down electrical lines.

Large upland forests planted in the past are at particular risk where wetter soils combine with strong gusts from frequent storms making crops more vulnerable.

Techniques such as planting a mix of different species helps create a patchwork more resistant to winds by dissipating gusts and protecting the forest.

Making sure that trees are planted a various stages of a woodland’s development also helps dissipate the stormy weather by ensuring there are trees of differing heights.

Forestry and Land Scotland continues to work on long-term projects such as its Steep Ground felling programme, which is replacing mature tall conifers from the steep hillsides along the A82 at Loch Ness, and the woodland creation programme at the Rest and Be Thankful in Argyll.

The organisation said both programmes will help reduce landslips and offer greater protection for the local infrastructure, including vital transport links, power lines and telecommunications.