Restaurant owner Abdul Hamid has family in one of the worst-hit areas, including his 100-year-old father. 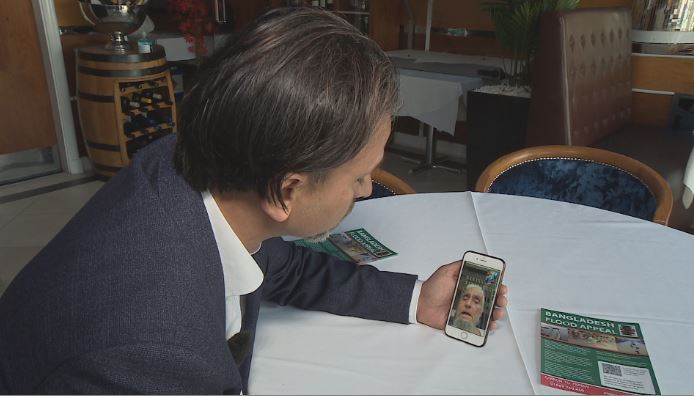 An appeal has been launched to help millions of people affected by huge floods in Bangladesh.

Torrential monsoon rains in the northern part of the country have killed dozens, and left millions homeless.

Abdul Hamid, who lives in Stonehaven, has family in one of the worst-hit areas, including his 100-year-old father.

He’s urging the community to help support those in his homeland.

“My family are telling me that when they go out with food packages, or any kind of medicines, all they can hear is  people scream.

“All they can see is people fighting for food, and fighting to stand on dry land.

“They have no food, no sanitisation, and as the flood waters recede there is the threat of disease.”

Mr Hamid has now launched a fundraising campaign, and is urging people to dig deep.

“I have experienced the floods in Stonehaven and in Ballater, and the community spirit here was so great.

“When there is a disaster, where there is a need, I believe that we as humans have a duty to put our hand forward and help.”

Abdul’s five daughters have been carrying out door to door collections.

Mosques in Aberdeen have also been rallying round to donate.

“A large part of the community that comes here to worship is from Bangladesh, or has an ancestry in Bangladesh,” said Nural Hoque Ali of Aberdeen Mosque and Islamic Centre.

“There are still some links so a lot of the community felt it was appropriate for them to help out.”

Imam Dr Ibrahim Alwawi said: “We are helping people in need – those who want to survive and start their basic normal lives again.

“We want them to come back to normal life.”

Abdul is arranging a charity night at his restaurant later this month and hopes to raise £15,000.