From Tiger Woods to Seve Ballasteros to Jack Nicklaus - the greatest golfers in history have played their finest games here. 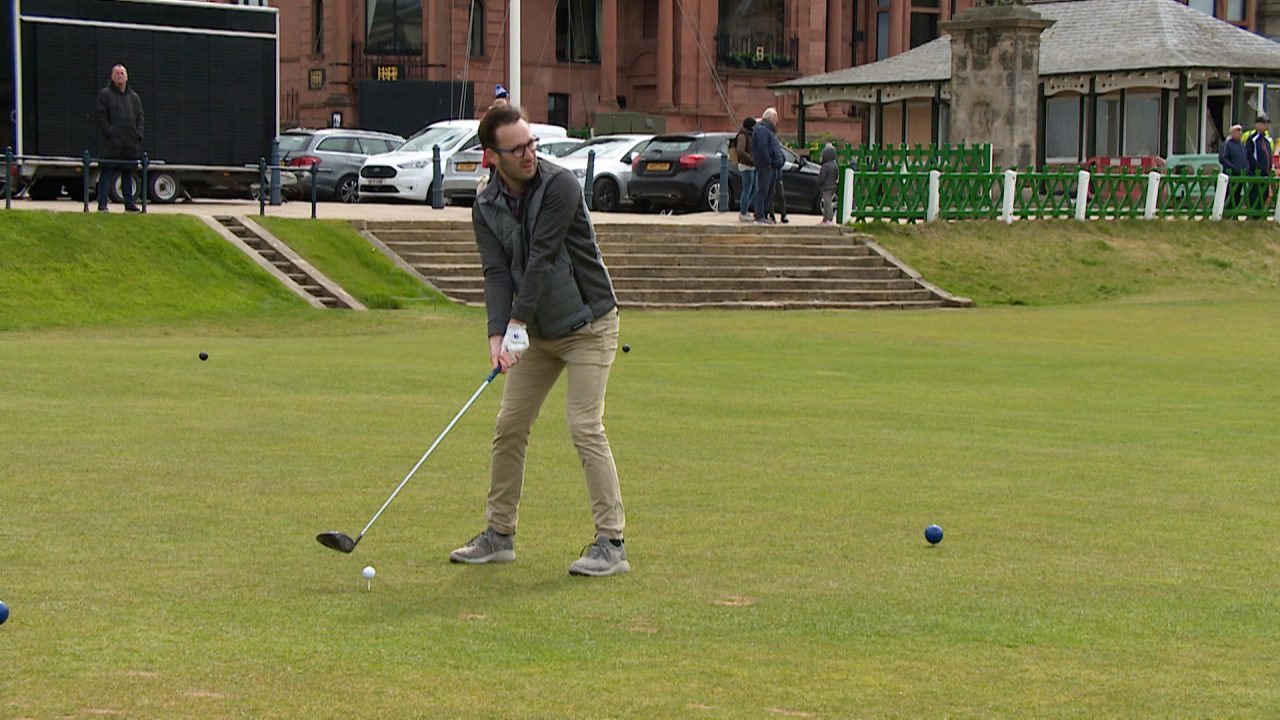 It is hard to find the words to describe the sense of history when you step up to the first tee at St Andrews’ Old Course.

From Tiger Woods to Seve Ballesteros to Jack Nicklaus – the greatest golfers in history have been inspired to play their finest games by walking these links.

Perhaps some of the vaunted players who came before me also swung far too fast, overbalancing on their front foot and sending their drive low, hard and extremely left – narrowly missing a player and caddy standing on the 18th fairway.

Perhaps not. But that was my fate and, half-embarrassed and half-thankful that nobody was hurt, I set off to play the most famous golf course in the world for the very first time.

I was not alone in feeling the weight of the occasion as my playing partners, all of us members of the media, also struggled to get our shots in order on that first.

My approach to the green died in the air and splashed into the Swilcan burn. But from the drop I chipped in close to the cup and putted in one.

The course moves out north with out-of-bounds always to the right but the safety of wide, shared fairways to the left. These undulate meaning you can rarely see your ball from the tee.

We played earlier in the season and while the track was firm and the ball would run, it was nowhere near the speedy, dried-out condition that the Open field will find this week. The current conditions will make the fairways hard to hold as the ball will run and run until it hits a hill or longer grass.

I got lucky on the par five fifth as I sent my tee shot high and right but landed between two patches of gorse. The rough was long was not impossible to play out of – a fair challenge.

The wind blew at around 15mph and we were told it typically comes from behind on the front nine, helping the golfers. But the Old Course moves out in one direction and then back in the opposite journey for the second nine holes, presenting the reverse set of conditions in a breeze.

Playing off a 17 handicap as I was at the time, the wind into our faces for the back nine made for a difference of eight additional shots on my card compared to the first half of the round.

There are also some devilish bunker placements on the back nine.

The 12th would be drivable to most of today’s pros but it is littered with tricky pots of sand that can catch your ball off the tee and torment a player. I somehow managed to avoid the traps this time but my luck would not hold forever.

The monster par five 14th, which measures in at 600 yards this week, is a stunning challenge to the amateur golfer.

I was happy with my drive, I managed to miss the fairway bunkers on the left and hit it around 240 yards into the wind. That left me with a dilemma – to lay up 70 yards or so or to try to take on the enormous bunker known as ‘Hell’ that sits between the two stretches of short grass.

It was around 170 yards for me to carry the most notorious bunker on St Andrews so I pulled out a three wood and went for it.

Bad idea. The left to right on my strike saw the wind grab the ball and throw it – not into ‘Hell’ itself, but the small pot bunker immediately to its right. It took two goes to get out and then a scramble to get away with a double bogey seven.

The journey of the back nine, with the iconic St Andrews skyline looming closer into view by the hole, is an adrenaline rush. The grandstands were being erected around the course and you could stand there and almost feel the atmosphere.

I closed my eyes and tried to put myself in the mind of a professional going for the Claret Jug on Open Championship Sunday. The noise that would build as you got closer to the town. The challenges that still awaited.

The Road Hole is simply golf’s most iconic hole. A tee shot over a hotel? Leaving more than 200 yards into the wind at the other side? To a thin strip of green protected by fiery slopes and a notorious pot bunker?

It is the stuff of fevered dreams and chilling nightmares all rolled into one.

The drive I hit at 17 will remain with me forever. I caught it perfectly, skirting the edge of the hotel and into the ideal landing spot to the right of the fork in the fairways.

Inevitably the rest of the hole was a mess and I hit a six after first tugging a fairway wood into the rough then sending a wedge thin into the wall at the back of the road.

At least I didn’t have to experience that bunker.

The 18th is all history and occasion. A serious golfer should be aiming for a birdie three. Everyone else should rightly be preoccupied with getting their picture taken on the famous Swilcan Bridge.

My eye was well off the ball by now and I went out of bounds right off the tee, then hit short of the Valley of Sin – the deep, fast dip in the surface at the front of the green.

Memories of Costantino Rocca firmly in my mind I putted through it and then holed my second putt to card a round of 88.

Some of the golf played was good. Some of it was extremely average. The one constant was the smiles on the faces of me and my playing partners.

It was fun to play the course – to meet the challenges that we have talked about but never faced before ourselves.

St Andrews is a special place – a good golf course that adds up to more than the sum of its parts.

From the lowly club hacker to the greatest players in the world it holds the exact same appeal – to walk the same ground that has been the home of golf for more than 400 years.