The Olympic athlete sent video to children at a Moray primary school on their return from lockdown. 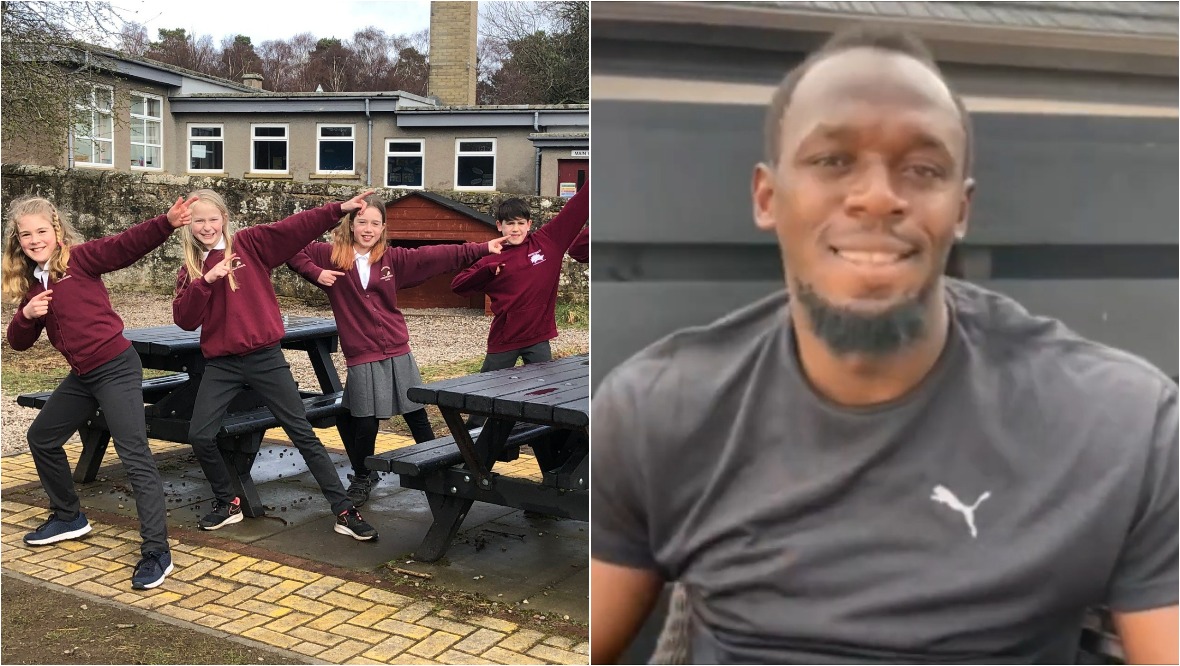 Primary pupils were left star struck after a video message from a global sporting hero welcomed them back to the classroom.

Olympic athlete Usain Bolt sent his best to pupils at a Moray primary school to inspire them on their return from lockdown.

Delighted to be back at school for the first time in weeks, youngsters at Mosstowie Primary near Elgin were thrilled by their treat.

Three favourite authors – Lindsay Littleson, Jeremy Strong and Barbara Henderson – also sent a digital message to inspire them, as did some big names in sport.

Addressing pupils, parents and staff, Bolt said: “I know the pandemic has been rough on everyone, I know it’s been tough but you have to believe in yourself.

“You have to work hard and work towards a goal. And if you want to be like Usain Bolt, you have to put in the work.”

He added: “All the best through this pandemic.”

The morale booster was the brainchild of parents who approached a range of people who were happy to praise staff and pupils for their hard work despite lockdown.

Mosstowie Primary Parent Council chairman Neil Urquhart said: “When the kids watched the film there were quite of a few jaws on desks and I think the staff were pretty surprised as well.

“We’re delighted as a parent council that supports the school to share a positive message. Everyone’s had a tough time.”

The school has decided to start its next annual cross-country championships in Usain Bolt style, with each runner taking up the famous stance prior to each race in respect of the sporting legend.