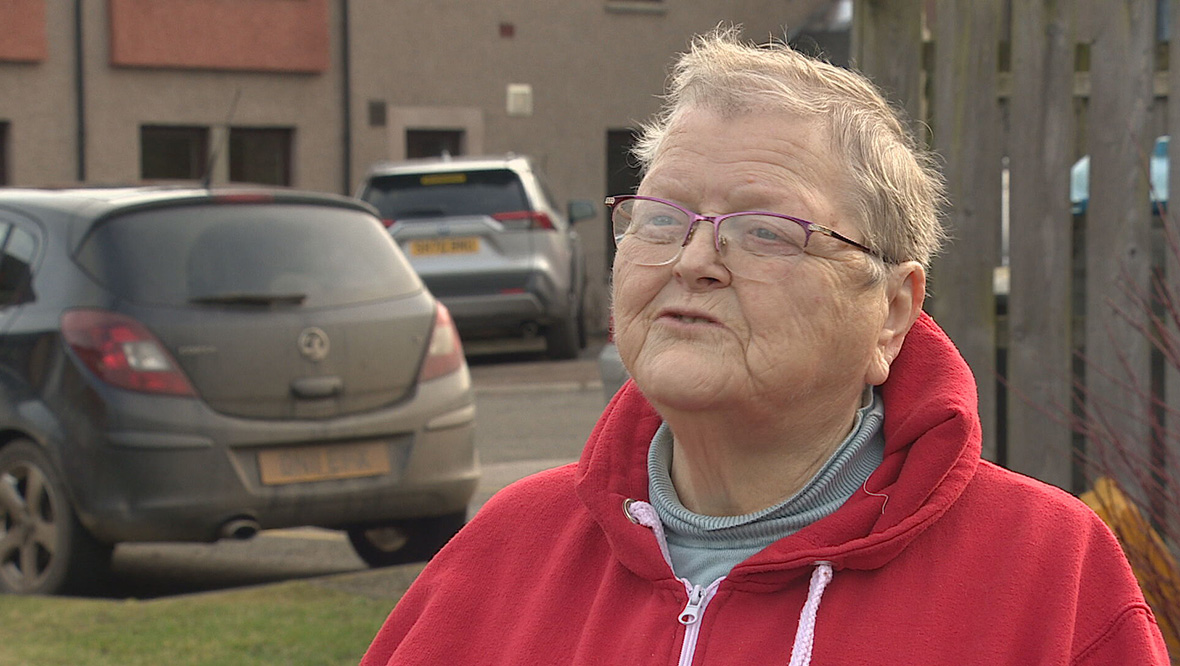 Vulnerable residents living in a sheltered housing complex in Aberdeenshire have been left without power for days after storms brought down the network.

Family members and personal assistants supporting those living at Queen Elizabeth Court in Fettercairn said a resident fell in the dark on Tuesday night but was not discovered until around 7am on Wednesday.

“It’s an absolute disgrace,” said Arlene Dickson, who helps a resident in the complex.

“This was just an accident waiting to happen and it takes something like this for somebody to actually do something.”

A generator was brought into the sheltered housing complex on Monday but has only been able to power heating, a kettle and a hot food facility in the main common room – leaving the 25 residents’ apartments and cottages cold and dark.

Jannet Aitkenhead Donald, a resident in the complex, told STV News: “[I] just have something at teatime and then away to my bed – even with my clothes on sometimes. It’s freezing, you have to go to your bed.

“Many a night I’ve had a good cry because I just think ‘I can’t have this another night’. But obviously we have.”

Shelley Mears’ grandparents also live in the complex. Their private flats are chilly and dark, with only the common room powered by a generator.

“But there should be a priority to have things in place.”

She said: “It’s absolutely heartbreaking to hear of the traumatic situation vulnerable residents at Queen Elizabeth Court have faced over the last few days.

“Care homes, particularly those without suitable back-up power supplies, have been left in the dark to fend for themselves which is utterly appalling.

“Communities across the north-east have found it very difficult to access up-to-date information – something the Scottish Government have failed to address following Storm Arwen.

“I’m in constant dialogue with SSEN who have told me they are working on an interim solution to restore power as soon as possible.”

Aberdeenshire Council said it was offering support to Castlehill, the operators of the complex, that included the delivery of hot food to residents and generator capacity.

David Lappin, chief executive of Castlehill Housing Association, said: “Unfortunately, there has been a significant amount of misinformation circulating on social media regarding the Fettercairn scheme.

“We have had staff on site every day since the storm hit checking on tenants’ welfare, providing food and hot drinks. Castlehill staff have been collecting and delivering food from the welfare van in Stonehaven, as well as providing cooked food themselves.

“In practical terms it has not been possible to provide power generation that would cover every individual flat within this complex and our local staff have been able to provide details on SSEs accommodation offers should any tenant need to access this.”

Power to the complex was restored on Wednesday afternoon after SSE engineers worked for days to fix problems caused by Storm Malik and Storm Corrie over the weekend.

A spokesperson for SSEN said: “As we work to restore all remaining customers across the north-east, wherever possible, we will always prioritise restoration of sites if vulnerability is identified. This includes private care homes and sheltered housing, where sufficient back-up generation is not in place.”