Scots stand in solidarity with women killed over headscarf protests

Protests have been held after Mahsa Amini died while being held by authorities in Tehran. 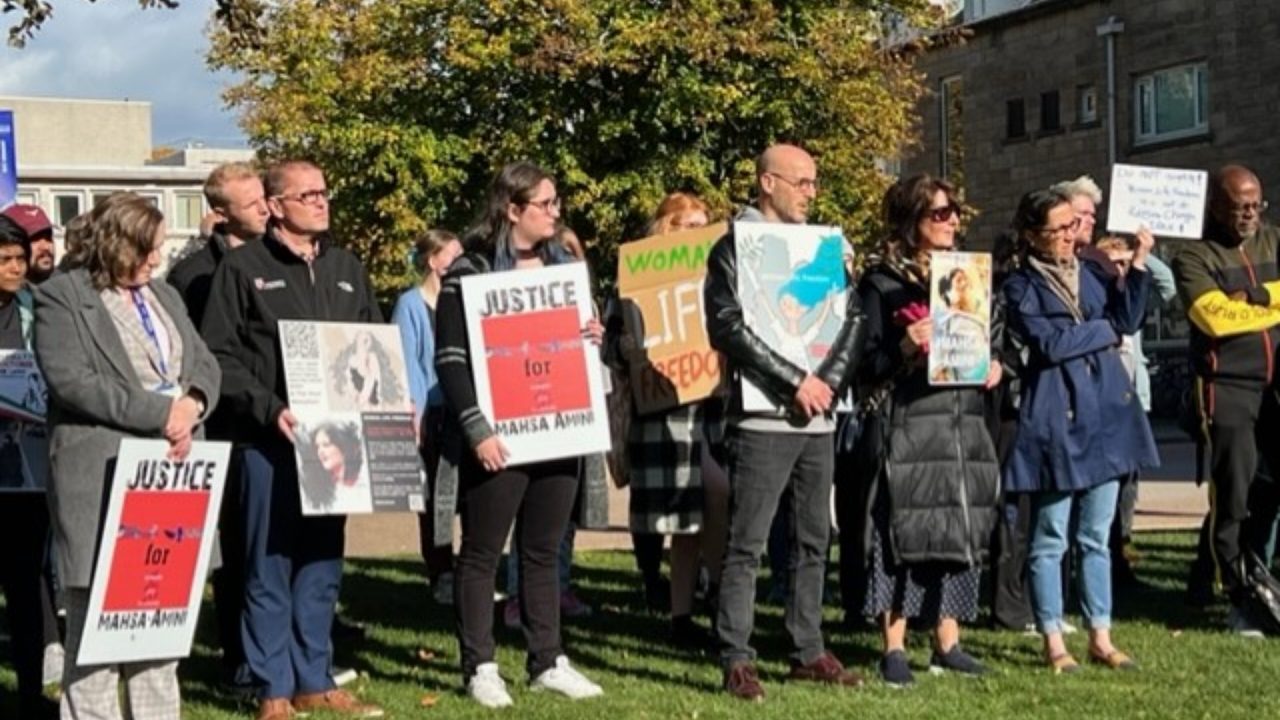 A rally has been held in Aberdeen to support and show solidarity with thousands of people protesting in Iran.

Mass demonstrations have broken out across the country after the death of a young woman there last month.

Mahsa Amini died while being held by authorities in Tehran.

The 22-year-old had been detained by the country’s morality police because her headscarf was allegedly too loose.

The incident has sparked many nationwide protests, with thousands of people taking to the streets to demand fundamental women’s rights, and regime change.

Students at the University of Aberdeen today held their own demonstration.

Parand Najafi’s is from Iran and still has close family there.

“But I’m not that scared to stay silent and not take action.

“I want to live a life where 10 years from now I look back and I say – okay I did this, and I am living in a better world because of the actions many people took.

“Because of the courageous movements; because people were brave enough not to put their own lives first, but to put their country first.”

Ms Najafi said while Iran was no stranger to protests, Mahsa Amini’s case had struck a nerve in the country.

“Her name has become a code for every single one of us.

“We felt that pain, we felt the pain her parents were going through.

“She was just a visitor to the capital city. She was there to travel, to have fun.

“It has started with her, but it has continued with many others.”

“This should be the turning point, we’ve had enough and we cannot suffer anymore.”

Nirvan Abedi is a third-year law student in Aberdeen.

“We have invited everybody from different parts of the Aberdeen community to show their support, and to say that we have heard the brave and loud voice of the Iranian woman and man who are dying on the streets of Tehran, Shiraz, Isfahan and Mashhad day in and day out.

“We are not accepting the situation and I think Mahsa Amini has become a symbol for freedom fighters across the world.”

“I think people, especially in Iran have underestimated the power of the Iranian woman.”

Nirvan also has family members in Iran, but hasn’t been able to speak to them recently, as the internet is blocked.

“The people outside of the Iran do not see the hideous crimes that are happening in our country every single day,” he added.

“There is no going back from this. We will never go back to the old days of oppression.”