Dracula's links to Scotland celebrated on 125th anniversary of book 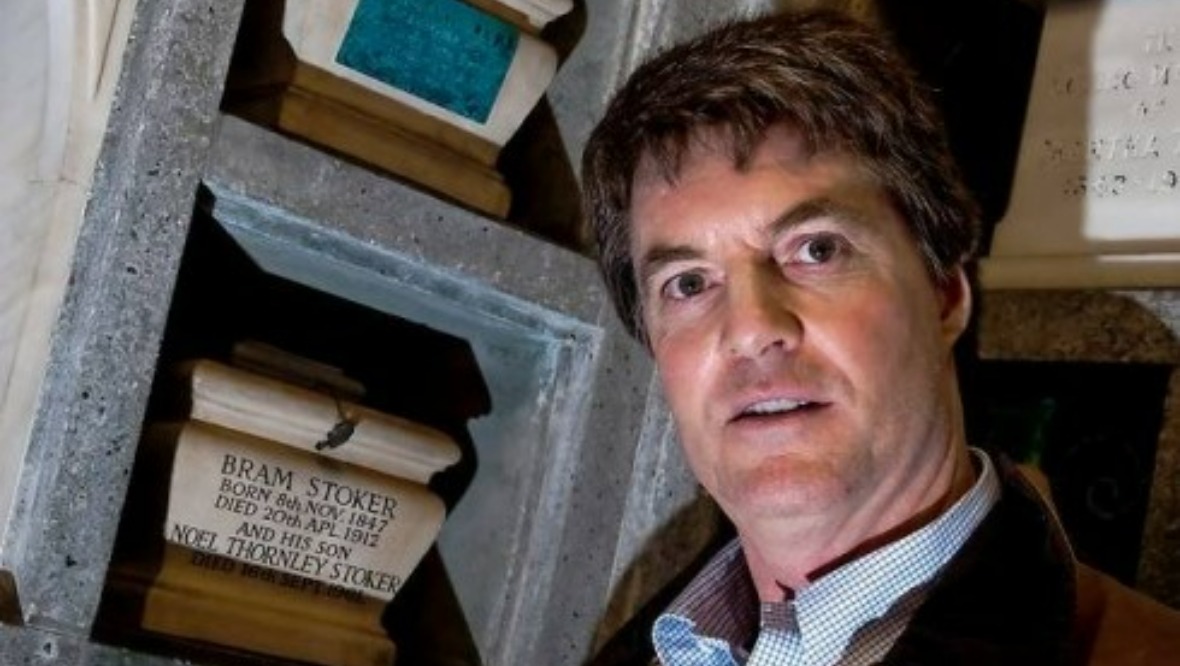 It is one of the most famous pieces of English literature which has inspired vampires in popular culture for more than a century, but did you know Dracula has some surprising links to Scotland?

Scotland is said to have played a crucial role in the creation of Bram Stoker’s iconic book, with the Irish author holidaying north of the border as he wrote it.

On the 125th anniversary of Dracula, visitors and locals alike are being encouraged to indulge in some literary tourism and follow in Stoker’s footsteps to the places which inspired the classic gothic tale.

Locations in Edinburgh, the Scottish Borders and Glasgow all have links to Stoker – but it is perhaps the striking cliff top castle in Aberdeenshire that is best known for its links to the story.

Slains Castle, near Cruden Bay, is believed to have inspired Dracula’s castle – specifically a unique octagon-shaped room described in the book, which Slains boasts.

Stoker began writing Dracula – which was published in 1897 – while staying at the nearby Kilmarnock Arms Hotel, with his signatures from its guestbook in 1894 and 1895 surviving to this day.

Dacre Stoker, great grandnephew of Bram Stoker, said: “It is a great privilege to be part of this special anniversary, and even more so to be celebrating it in what is arguably the birthplace of Dracula; Scotland.

“The rich culture and heritage clearly left its impact on Bram; from the ruins of Slains Castle clearly inspiring the gothic setting of Dracula’s castle, to the vast landscape of Aberdeenshire’s coast to his links to Edinburgh and the Scottish Borders, including his friendships with writers such as Arthur Conan Doyle and other writers that make up the fabric of Scotland’s literary tradition.

“Scotland has inspired many writers and artists for centuries and its stories and landscapes hopefully will continue to inspire many more to come.”

Earlier this week, VisitScotland co-hosted a special event with Blackwell’s bookshop in Edinburgh to mark the anniversary attended by Mr Stoker, who took part in a Q&A and book signing attended by fans of Dracula and horror literature.

The 125th anniversary of Dracula is fittingly marked during Scotland’s Year of Stories which celebrates and promotes the wealth of stories inspired by, written, or created in Scotland.

Jenni Steele, VisitScotland film and creative industries manager, said: “This anniversary is a fantastic opportunity to highlight Scotland’s connections to this world-renowned book and character.

“Dracula holds such a sense of intrigue and mystery, so it is not surprising that Bram Stoker’s writing is said to have been influenced by the country’s magical landscapes and locations while on his travels. It was pleasure to co-host the special event in Edinburgh and have Dacre involved in sharing his passion and knowledge about Dracula in Scotland.

“2022 also marks Scotland’s Year of Stories – so this anniversary is a perfect fit to celebrate our links to this world-famous tale. And we hope that by shining a light on those ties, people will come and see the inspirational places that arguably helped created one of the most famous pieces of literature ever written.”

On Thursday, Aberdeenshire Council will host a civic reception at The Kilmarnock Arms Hotel in Cruden Bay to unveil a new information panel detailing Bram Stoker’s ties to the area.